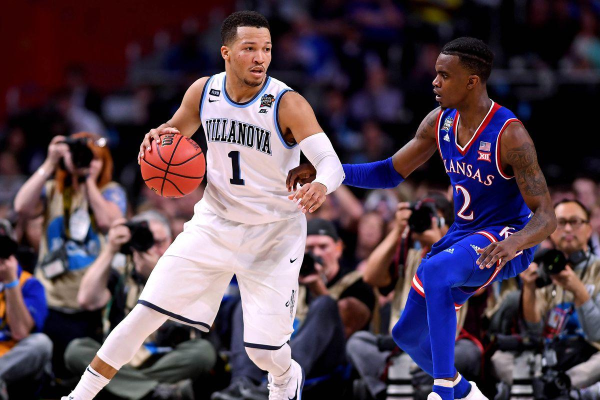 For Kansas, after being upset by West Virginia on the road last Saturday, the Jayhawks bounced back with an 80-76 win over the no. 24 Iowa State Cyclones on Monday. Currently sitting atop the Big 12 standings, the Jayhawks have signature wins over the likes of Villanova, Tennessee, Marquette and Michigan State this season. For Kentucky, they have been rolling as of late. Since losing to Alabama at the beginning of the month, John Calipari’s squad has won five in a row, including back-to-back wins over top-25 teams Auburn (82-80) and Mississippi State (76-55). Having the advantage of home court, Kentucky is looking to make that 6 in a row on Saturday. Tipoff for this one is scheduled for 6:00 pm. ET.

In this contest, the Kentucky Wildcats come in as 6-point favorites playing at home. The over/under on total points scored comes in at 144.

On the offensive side of the ball, Kentucky currently sits 47th in the nation, averaging 80 points per game, while Kansas comes in a little behind them, ranking tied for 71st and averaging 78.1 points. Both of these teams shoot the ball well, both ranking in the top 50 in field goal percentage (Kentucky at 48.6% and Kansas at 48.1%).

Kansas Looking For Huge Win On The Road

Bill Self has his Jayhawks playing some pretty good basketball this season and is looking to make a run at the tournament in March. Still, Kansas has had some letdowns, with losses to West Virginia, Iowa State, and Arizona State. While all three of these are respectable teams, they are not Kentucky. Thus, his squad will need to play well, especially going into enemy territory. Still, with the signature wins mentioned earlier, Kansas is battle tested and could be up to the challenge.

The Jayhawks are led by junior forward Dedric Lawson. On the season, he is averaging 19.5 points, 10.9 rebounds, 1.2 steals and 1.1 blocks per game. He is also shooting 52.9% from the field. Their other leading scorer is Lagerald Vick, who is averaging 15 points, 3.9 rebounds and 1.3 steals per game.

Unfortunately for Kansas, they lost their 7-foot center, Udoka Azubuike, to a hand injury for the season. He was averaging 13.4 points and 6.8 rebounds. Their only other scorer averaging double-digits is Devon Dotson, who is averaging 10.9 points, 3.4 rebounds, and 3.3 assists.

Just like Kansas, John Calipari’s squad is in it to win it all and are looking to keep a solid season going leading into March. For Kentucky, they are led by the freshmen backcourt duo of Keldon Johnson and Tyler Herro. Johnson is averaging 14.6 points, 5.1 rebounds and 1.6 assists per game. He is shooting 50.9% from the field and 38.3% from behind the arc. For Herro, he is right behind, averaging 13.7 points, 4.3 rebounds, 2.2 assists and 1.1 steals per game.

Aside from these two, they have two other scorers averaging double-digits. Reid Travis is averaging 12.6 points and 6.7 rebounds per game. Their rim protector, PJ Washington, is averaging 12.3 points, 7.8 rebounds and 1.2 blocks per game on the season. Regardless, both teams are going to have to play well to come out with a victory in this one.

I certainly expect Rupp Arena to be rocking Saturday night. If Kentucky can take advantage of the energy, they could run away with this one. For me, though, I think the safe money is on Kansas and the 6 points. Given the ability and effectiveness of both teams, 6 points seems like a steep spread for this one. It would not shock me if Kentucky wins this one, but for my money, I will take Kansas and the 6 points.