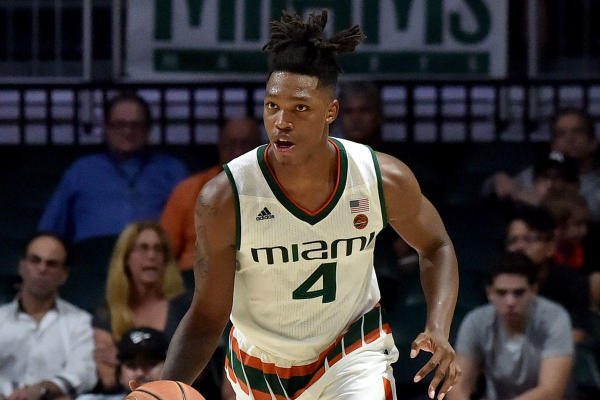 It is an intrastate battle and ACC matchup as the Florida State Seminoles (14-5, 2-4 in the ACC) travel to Watsco Center to take on the Miami Hurricanes (9-9, 1-5 in the ACC).

For the Seminoles, they come into this one 2-3 in their last five games. With that in mind, one of their wins was against Miami at home back on January 9th (68-62). Additionally, one of their losses in that stretch was a fantastic game against the no. 2 seed Duke Blue Devils, 80-78. At 14-5 overall, they have started the season admirably but look to improve on a poor conference record. For Miami, they have struggled to get any consistency, having gone 1-4 in their last five, including a 73-53 loss Thursday to Syracuse. The two Florida schools will do battle on Sunday with tipoff scheduled for 6:00 pm ET.

In this contest, the Florida State Seminoles come in as 3-point favorites despite playing on the road. The over/under on total points scored comes in at 146.5.

Florida State Looking For Second Win Over Hurricanes This Month

Florida State is looking to improve their ACC record on Sunday and is hoping for a repeat performance from earlier this month. Oddly enough, they are one of the few teams whose leading scorer doesn’t always start. In fact, Mfiondu Kabengele, who is averaging 12.8 points, 5.2 rebounds and a block per game, only averages about 18.9 minutes per game. In their first matchup against Miami, Kabengele only played 17 minutes but went for 9 points and 7 rebounds.

Their leading scorers in the first matchup were David Nichols (13 points) and PJ Savoy (10 points). Both of these players average 7.5 points per game this season, which just shows how Florida State doesn’t necessarily have the superstar player, but rely on contributions from almost all of their players. Their only other player who is averaging double-digit scoring is Terrance Mann, who is averaging 11.5 points and 6.4 rebounds.

Miami Hoping To Get Back On Track Against Seminoles

Florida State Covers On The Road

There is a reason that Miami is only .500, and I don’t see that improving on Sunday. While they can put up some points, they struggle in stopping others from scoring and don’t have the depth to keep up with most teams. I think this one could be close for the first ¾ of the game, but I ultimately see Florida State outlasting the shallow Miami rotation. For my money, I am taking Florida State despite laying the 3 points.