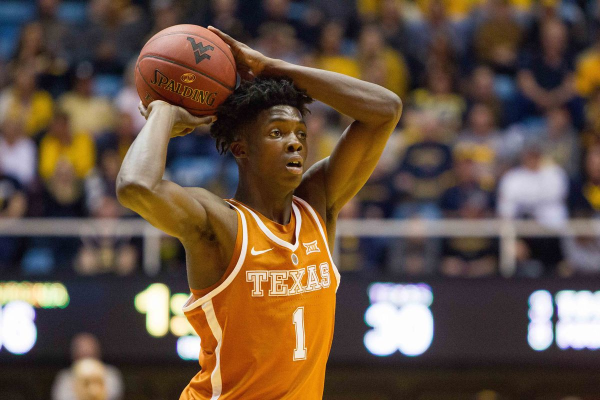 College football may be starting to take over the spotlight, but it continues to be a fascinating offseason in the college basketball world. Let’s take a look at some of the top stories from the past week.

Put Down the Media Guide

If you’re up for a little light reading this fall, Rick Pitino has the perfect book for you. It was announced Monday that Pitino has a memoir coming out September 4 called Pitino: My Story. Technically, it was co-written by Seth Kaufman, so who knows how much time Pitino actually spent sitting behind a keyboard. Nevertheless, in an announcement by Diversion Books, the former Louisville coach promised the book will “lay all his cards on the table.”

Obviously, Pitino has seen a lot of things during his career, from his days in the NBA to the early days of the Big East to his time at both Kentucky and Louisville. However, one has to figure that most of the book will revolve around the mess at Louisville toward the end of his career relating to strippers, bribes, and who knows what else. We shouldn’t expect this book to give us the whole story, but it will be Pitino’s version of it, and that could be worth reading.

The bracket for the always-exciting Maui Invitation was announced this past week. The field is headlined by Duke, a five-time champion of the event. In fact, the Blue Devils are one of two teams that is undefeated in Maui Invitational history, the other being ACC foe Syracuse. However, this year’s tournament is no joke, so Duke will face some heavy challenges if they expect to capture another title in Maui.

Duke will play San Diego State in the quarterfinals. If they win, the Blue Devils will get either Auburn or Xavier. Auburn is projected to be a top-10 team, so that could be an interesting matchup. Xavier is also coming off a great season, although lost head coach Chris Mack. Lurking on the other side of the bracket is both Arizona and Gonzaga. The Wildcats will open with Iowa State, a potential sleeper this season. Gonzaga, meanwhile, gets Illinois in the opening match. Obviously, we’ll see how things shake out, but a final of Duke against either Arizona or Gonzaga could be in the cards.

Meanwhile, in the Bahamas

The Battle 4 Atlantis could be just as interesting as the Maui Invitational. The quarterfinal matchups were announced this week, starting with Florida taking on Oklahoma. The winner of that game will advance to face either Wisconsin or Stanford. On the bottom half of the bracket, Butler will play Dayton and Virginia will take on Middle Tennessee State. Not all of those names are as familiar as the ones going to Maui. However, Middle Tennessee, Dayton, and Butler are usually among the best mid-majors in the country. Virginia, Wisconsin, and Florida are also powerhouses in their respective conferences year and year, while Stanford and Oklahoma aren’t far behind.

It’s not every day that someone de-commits from Kentucky, but that’s what happened Monday night when five-star forward D.J. Jeffries announced he was reopening his recruitment. There have long been rumors that Jeffries could flip to Memphis after being coached by new Memphis coach Penny Hardaway on the AAU circuit last year. However, he’s not yet chosen his new destination. Jeffries, a top-20 prospect in the class of 2019 from Mississippi, also gave strong consideration to Alabama and Mississippi State before choosing Kentucky in March.

The San Francisco Dons (yup, that’s their name) signed head coach Kyle Smith to a multi-year extension this past week. Smith has been at San Francisco for two seasons after a rather successful six-year run at Columbia. The Dons have won at least 20 games in each of Smith’s two seasons. It’s the first time San Francisco has done that since 1982. The Dons have qualified for the CBI Tournament the past two seasons, losing to North Texas in the finals this past season. Clearly, San Francisco likes the direction where Smith is taking them and for good reason.

More Than A Dunk

Finally, we’ll close with an uplifting story. Texas guard Andrew Jones was in the gym this past week, running, jumping, and even dunking. Jones was forced to leave the Longhorns last January after being diagnosed with leukemia. Prior to that, he was averaging 13.5 points per game and was on the verge of becoming a star. It’s not yet certain that he’ll be able to suit up and play for Texas when the season starts. However, earlier this summer he was deemed healthy enough to move back to campus and take online classes. Now he’s in the gym and has enough strength to dunk the ball, indicating he’s well on his way to beating cancer and playing college basketball again.