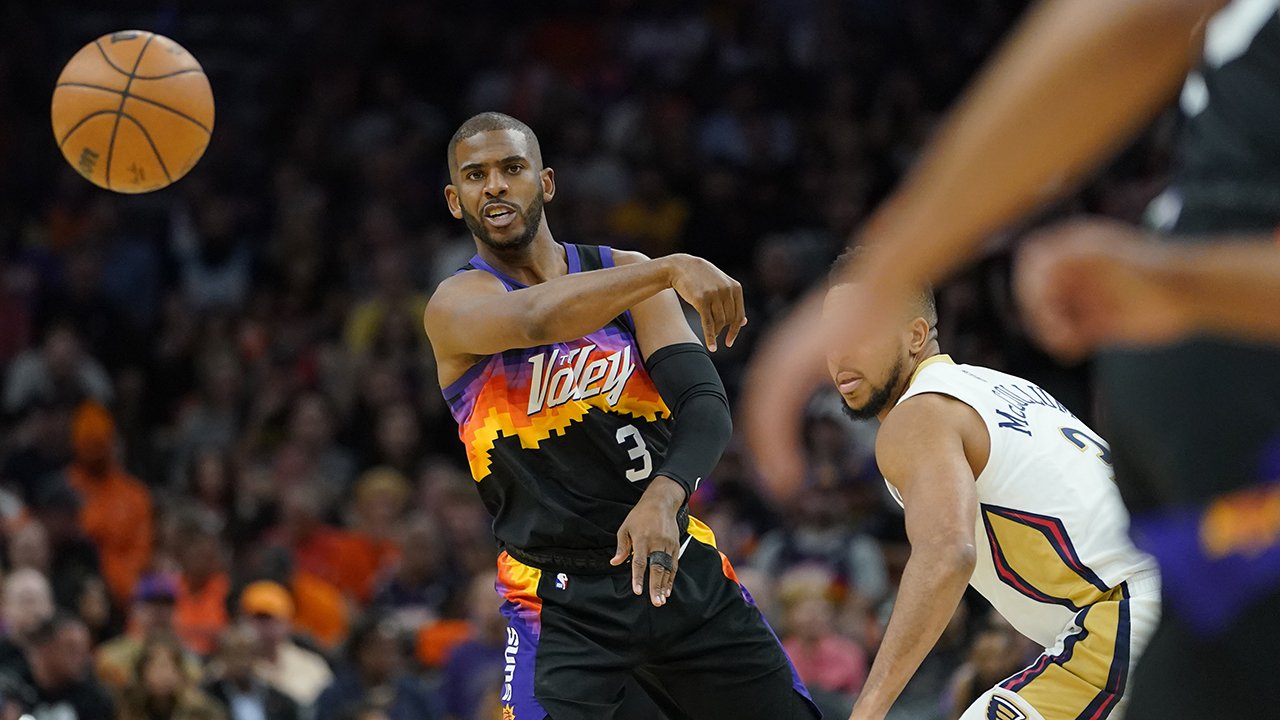 The 2021-22 NBA Playoffs continue on Thursday, April 28 with three games, including Game 6 of the Phoenix Suns vs. New Orleans Pelicans series.

The Suns are fresh off a 112-97 victory in Game 5 that saw them take the 3-2 series lead. There’s been talk that Devin Booker could make his return tonight, which would certainly give Phoenix a massive boost.

On the other hand, the Pelicans have beaten the Suns twice before and they’ll need to do it again with their backs against the wall. Anything less will result in their postseason elimination.

Can the Suns assert dominance once more and advance to Round 2? Or will the Pelicans find a way to play spoiler and force a Game 7?

If the Suns want to close out the series by winning Game 6, they’re going to need similar play from what they saw on Tuesday night.

Mikal Bridges stepped up and had his best game of the series in Game 5, finishing with a game-high 31 points with a .706 field-goal percentage. He also added five rebounds and four blocks, which is the type of all-around performance that Phoenix needs more of.

On top of that, Chris Paul had 22 points and 11 assists for his fourth double-double of the series. He’s now recorded double-digit assist totals in seven straight outings, proving why he’s still known as the ‘Point God’ to this day.

One of the keys to the Suns’ last victory was that they forced the Pelicans to make mistake after mistake. By the end of the night, New Orleans had a total of 15 turnovers, whereas Phoenix only had nine.

While a similar game plan should help the Suns to a Game 6 victory, so would the return of Devin Booker to the lineup.