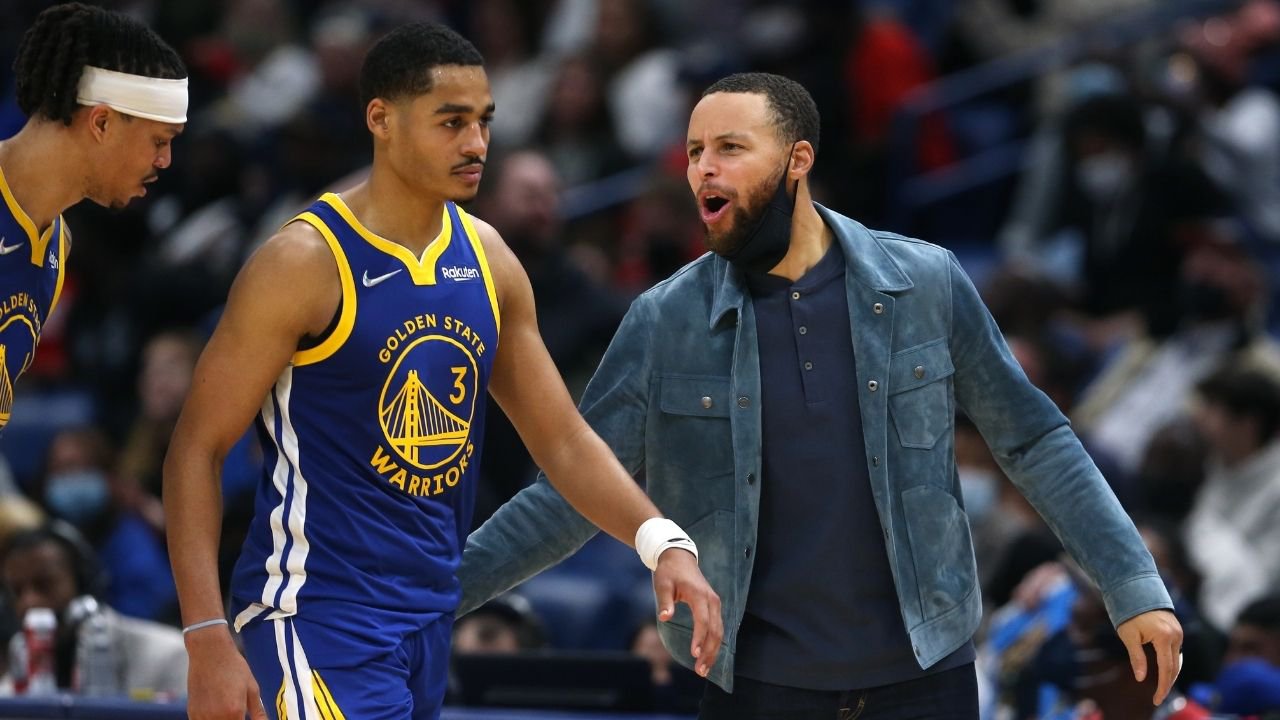 Though San Antonio and Golden State both know that they will be in action beyond this week, the Warriors vs. Spurs matchup on the penultimate day of the NBA regular season is not a meaningless encounter.

But if the Spurs win their final two games–they travel to Dallas to take on the Mavericks tomorrow–and the Pelicans, who visit the Memphis Grizzlies and host the Warriors to close out the season, lose their last two games, San Antonio will claim the #9 seed because they won three of the four head-to-head matchups this season. As a result, they would host the play-in elimination game

The Warriors, meanwhile, are battling with the Mavs for the #3 seed in the Western Conference. The Warriors have the inside track for now, but if they lose their last two games and the Mavs beat the Spurs tomorrow, the Mavs will claim the #3 seed by virtue of winning the season series against Golden State.

Both teams are in good form heading into tonight’s showdown in San Antonio. Who will pick up a potentially valuable win at the AT&T Center?

Little was expected of the Spurs heading into this season, as their win total was set at just 28.5 wins. But with two games remaining in the regular season, the Spurs have already hit the over and then some.

San Antonio is on a good run as the regular season winds down, as they have won eight of 11 entering their matchup with the Warriors.

They did have a three-game win streak come to an end on Thursday, as they fell 127-121 at Minnesota. The Spurs outscored the Timberwolves by 14 combined in the first and fourth quarters, but they were outscored by 20 in the middle two quarters, rendering a fourth-quarter rally meaningless.

It might not be the worst thing if they have to go to New Orleans for next Wednesday’s play-in matchup, as home success is not why they have secured some extra meaningful basketball. They are just 16-24 at the AT&T Center this season, with only the Detroit Pistons (13), Oklahoma City Thunder (12), Houston Rockets (11), and Orlando Magic (also 11) having fewer home wins.

But they do head into tonight’s game with back-to-back home wins, which is only the second time all season that they have done that. A win over the Warriors would give them a three-game win streak at home for the first time this season and the first time since January 2021.

Given how the Dubs have fared on the road thus far in the calendar year, the Spurs aren’t exactly in an unfavorable position.

Away Woes for the Warriors in 2022

The Warriors won their first road game of 2022 against the Utah Jazz, but that is one of the few high points of their travels this year.

Golden State did win in Sacramento last Sunday, but the Kings are, well, the Kings, and there’s only so much you can say about that win, even if it was by 19 points.

San Antonio’s chances are made more favorable with Klay Thompson being rested tonight since it is part of a back-to-back. Thompson hasn’t played both parts of a back-to-back since his return, so he will be free to light up the Pelicans tomorrow, which could prove to be helpful for the Spurs.

But even without Thompson (and Steph Curry, whose status is set to be evaluated next week), today’s NBA odds still give the Warriors a decided edge, given that the Spurs will be down multiple key players.

Dejounte Murray will miss his fifth straight game, while Keldon Johnson, Jakob Poeltl, and Devin Vassell will also be absent. So, if the Spurs are going to win tonight, they will have to do it with the likes of Tre Jones, Joshua Primo, Zach Collins, and Josh Richardson.

Against the Timberwolves, Jones, Primo, Collins, Richardson, and Keita Bates-Diop all scored in double figures, while Jones (eight), Primo (six), and Richardson (six) combined for 20 assists and only five turnovers. So, the Spurs’ chances to stay in the game can’t be written off even with their four leading scorers out.

Our NBA consensus picks are also strongly in favor of the over, which is a very achievable number even with the likes of Curry, Thompson, Murray, and Johnson not taking the court for this matchup.

As mentioned above, the Spurs have had no issues scoring points without Murray, and even with Johnson, Poeltl, and Vassell also out, there’s still a lot of value in backing them to put up enough points for this to hit.

Joshua Primo OVER 1.5 Three-Pointers Made (+130 at Caesars Sportsbook)

Primo is shooting only 29.8 percent from three in his rookie season, but he has made multiple threes in a game 11 times in 48 games. The last nine times he has done so, he has logged at least 25 minutes on the court.

The former Alabama man has played a lot of minutes recently, hitting the 25-minute mark in every game but one over his last ten, and that will continue tonight. And with an increase in shot attempts likely due to the Spurs’ leading scorers being sidelined, there is a lot of value in backing him to hit multiple shots from outside tonight.

Collins has been highly productive in April, scoring at least 13 points in each of his four games. Overall, he is averaging 14.8 PPG, 8.0 RPG, and 2.8 APG this month, and he is shooting 56.3 percent from the field. He also had double-digit free-throw attempts in San Antonio’s wins over the Portland Trail Blazers, his former team.

Notably, he is producing without playing a ton of minutes, as the most he has played in this stretch is 31 minutes (25, 25, and 16 in the other three games).

As with Primo, Collins is great value here because of the minutes and opportunities he should have with the Spurs so shorthanded.