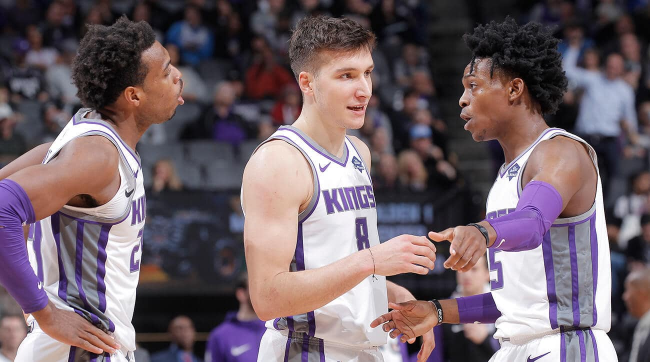 The Sacramento Kings are headed to face off with the Karl-Anthony Towns and the Minnesota Timberwolves in a matchup of two teams competing for playoff berths. The Timberwolves are 3 games behind the Kings, who are one game back of the Clippers for the eighth spot in the Western Conference. The Clippers have recently made trades that suggest that they should not make the playoffs over one of the teams right below them, which should leave these two teams fighting with the Lakers for the last spot for the time being. The Kings did make a key trade for Harrison Barnes that has switched up their lineup and changed their rotations pretty drastically. This is signaling to me that this team thinks it is “go-time.” The T-Wolves should get KAT back after his concussion due to a car crash last week. Robert Covington is still expected to be out, but the T-Wolves will be at their healthiest point in the last few months coming into this game.

The Kings are one of the most interesting teams in the NBA, and I think they have now become a real threat on a nightly basis. They have had guys like Iman Shumpert and Bjelica starting over Bogdanovic and Bagley all season, which I have really questioned for a multitude of reasons. The main issue I had was that I believe those young players are both better than the older ones and they need the time. If this is a rebuilding project, give the kids some time. If this is a win-now situation, play the young guys because they’re your best players. With the trade of Shumpert and the acquisition of Barnes, we have seen both of these players fall out of the rotation. Marvin Bagley has been great recently with 2 great games since the All-Star Break. Bagley is a very talented player that should really be starting in some small matchups at the 5 and some really big matchups at the 4. We have not seen the Kings implement this at all and I don’t expect them to do it here, but with Towns, Taj, and Saric, I think this would be the spot to do it. If this is done, I expect Barnes to slide down and Bogdanovic to slide to the bench.

The Timberwolves are coming off of a 12-point loss in Milwaukee without their best player, so it could have been worse. I do think that this game will be a very interesting test of the Timberwolves rotations. For the last few years, we have seen the T-Wolves have some of the longest and most consistent rotations in basketball, due to well-known knee-killer Tom Thibodeau. With Ryan Saunders at the helm, we have seen this be generally similar in most games, but last game it was not. The Wolves came into the fourth quarter up 2 points over the Bucks, signifying this was clearly a very close game. However, we saw Teague get 19 minutes and Okogie get 18, even though he was 6-9 shooting. I think this is an anomaly, but it is scary moving forward.

In the three games these teams have played, KAT has been great. He has recorded a double-double in all three including a 38/19 game and 14/11 in just 21 minutes. Bagley and WCS are both guys that Towns should be able to have his way with down low and outside, which leaves him with monster upside in this spot. I think the T-Wolves will need a big game out of Towns to win vs. a Kings team with really 6 true scoring threats when they have the ball.

Timberwolves Come Out On Top

This is a great basketball game from a viewing perspective. It should feature two fast and generally young teams that are looking to sneak into the playoffs. I think that the home team will have the advantage here in a big game down the stretch. I like the Timberwolves to win and cover the spread of -3.5 here.