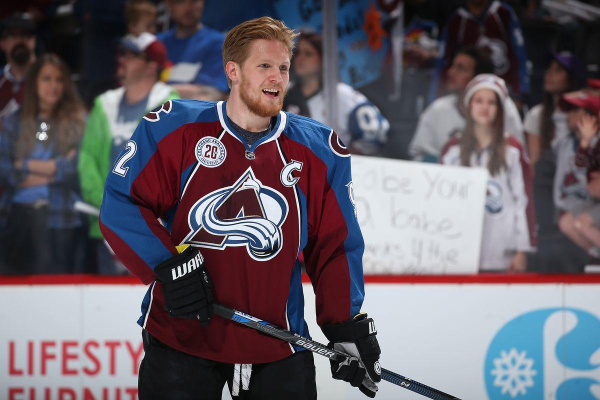 The NHL’s halfway point has arrived. Hockey fans will be glued to their TVs on Saturday night, as the NHL All-Star game gets underway in San Jose, California.

For the fourth straight year, the league is using the 3-on-3 format. The Central Division will battle the Pacific; then the Metropolitan will go against the Atlantic. Following those two 20-minute games, the two winners will face off in a battle for All-Star supremacy. So far, the Pacific has won twice, with the Metropolitan winning in 2017.

The Pacific Division is once again considered the favorite, as they are listed at -125 over the Central. In the other match-up, the Atlantic is a slight favorite at -115 over the Metropolitan.

The Central Division has not had a lot of fun during the last few All-Star weekends. In three match-ups against the Pacific, they are 0-3, while being outscored 24-11.

This year, the Central are led once again by Blackhawks forward Patrick Kane. Kane, making his eighth All-Star appearance, will be joined by first-time All-Stars Mikko Rantanen and Gabriel Landeskog of the Avalanche, and Mark Scheifele of the Jets. With captain Nathan MacKinnon choosing not to participate, Kane is the only forward with more than two All-Star appearances on the team.

Speaking of the Pacific, the two-time champs are back with yet another strong group. Captain Connor McDavid, in his third All-Star appearance, is joined by Calgary’s Johnny Gaudreau, Canucks rookie Elias Pettersson, and Sharks captain Joe Pavelski, among others.

The Pacific has a big advantage with experience, especially defensively. San Jose’s Brent Burns (6th appearance) and Erik Karlsson (6th appearance) along with the Kings’ Drew Doughty (5th appearance) give them a huge edge over the other three divisions. In addition, Golden Knights goaltender Marc-Andre Fleury and Anaheim’s John Gibson will guard the net.

At first look, the Pacific once again seems poised to win. Defensemen play a huge role in 3-on-3 hockey, and no division is able to match the combination of Burns, Karlsson, and Doughty. In addition, Fleury has always been great in shootouts. While this isn’t technically a shootout, Fleury will face several breakaway shots similar to a shootout and should fare well.

Although the Atlantic is just a slight favorite, their forward group is easily the best of the four divisions playing tonight. Naturally, having two stars from the best team in the league will help, as the Atlantic will have the Lightning’s Steven Stamkos and Nikita Kucherov. Joining them are Maple Leafs teammates Auston Matthews and John Tavares. Tavares not only adds to the talent of the Atlantic, but he departs the Metropolitan team, where he previously played the last three All-Star games as a member of the Islanders.

Although the Atlantic’s defensemen duo of Ottawa’s Thomas Chabot and Florida’s Keith Yandle are weak as far as All-Stars go, Tampa Bay’s Andrei Vasilevsky is one of the league’s best goaltenders and provides stable protection of the net.

For the Metropolitan, Penguins captain Sidney Crosby will play despite not competing in Friday night’s skills competition due to illness. Aside from Crosby and Philadelphia’s Claude Giroux, first-timers Sebastian Aho of the Hurricanes, Matthew Barzal of the Islanders, and Kyle Palmieri of the Devils highlight a Metro team that lacks experience but still has tons of scoring ability.

In net, the Metropolitan likely has the best goaltending duo in terms of experience and resume. New York’s Henrik Lundqvist and Washington’s Braden Holtby are in their fifth and fourth All-Star games respectively and could give their team the upset if they get hot. In front of them are defensemen Seth Jones from the Blue Jackets and the Penguins’ Kris Letang.

Ultimately, the Atlantic group is too strong. The forwards mentioned above are great, and that’s not even getting to phenomenal young players Jeff Skinner, Jack, Eichel, and David Pastrnak. In addition, the Metropolitan will be without Alex Ovechkin and Taylor Hall, who both declined to partake in All-Star weekend due to rest.

All-Star games in general can be hard to predict, especially in a sport like hockey where the game itself is different entirely than a regular season game. But I can look at talent, as well as past All-Star games, to help determine what’s going to happen in San Jose.

First, I think the Pacific (-125) continue their dominance over the Central, winning comfortably and advancing to the championship. They clearly have mastered how to play, and win, 3-on-3 hockey, and I think their group is even better this year than in years past.

Next, as tempted as I was to go with the upset, the lack of Ovechkin and Hall force me to take the Atlantic (-115). I expect this match-up to be closer, but the Atlantic group is full of scorers who I think can capitalize the most on breakaway chances.

Assuming I’m right and it’s Pacific against Atlantic in the championship, it would be the third time in four years and a rematch of last year. And I’m going with the same result as last year, with the Pacific winning once again.

I’ll also give my pick for MVP. Right now, the favorite is Connor McDavid at 5-1, with Johnny Gaudreau, Nikita Kucherov, and Auston Matthews all 8-1. But looking at the last three years, the MVP has typically been an under-the-radar player. After John Scott, Wayne Simmonds, and Brock Boeser all won, I’ll follow suit and go with Pacific forward and first-time All-Star Leon Draisaitl to take home the honors.