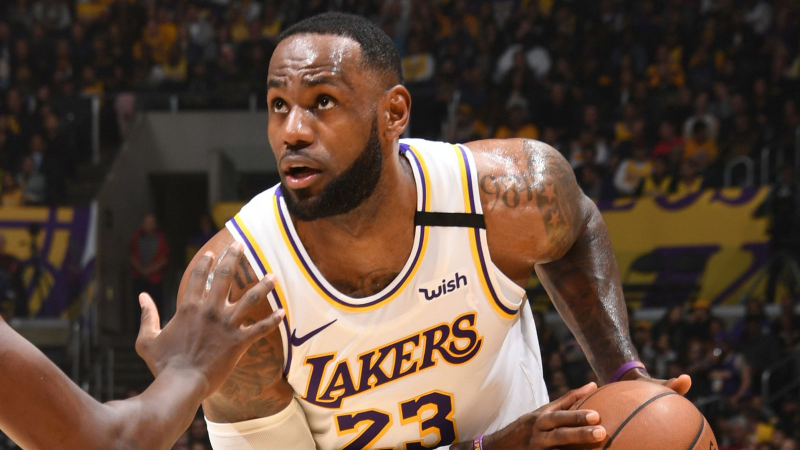 Tuesday night features a battle of East versus West as the New York Knicks (10-26) travel to the Staples Center to take on the Los Angeles Lakers (29-7). These two storied franchises are on opposite ends of the spectrum, as the Knicks currently reside in second-to-last in the East, beating only the Atlanta Hawks currently.

The Lakers sit atop the Western Conference standings, currently four games ahead of the Denver Nuggets. Tipoff for this one is scheduled for 10:30 pm ET.

It has been a bit of an inconsistent ride for the Knicks of late. They have lost their last two games, including a 135-132 loss to the LA Clippers on Sunday. However, prior to their two-game losing streak, they had won three in a row with wins over the Trail Blazers, Wizards and Nets.

The Lakers continue to roll this year behind the two-headed monster of LeBron James and Anthony Davis. Coming into this one, they have won five in a row, including a win over the Detroit Pistons on Sunday.

The Lakers’ last loss came on Christmas Day to the Clippers.

The Lakers come into this one as 13.5-point favorites playing at home. The over/under for total points scored is currently set at 220.5.

On the defensive end, it is once again the Lakers who have a dominating advantage. They currently rank sixth in the league, allowing opponents just 105.4 points per game (103.6 at home). The Knicks come in 18th, allowing an average of 111.8 points per game (113.6 on the road).

Hoping For A Major Upset

A quick look at the Knicks’ roster, and it is not a shocker that they have struggled this year. Despite their poor record, it is not to say that they are barren of talent. Marcus Morris Sr.’s name has already come up in trade rumors, as the forward is averaging 19.1 points, 5.5 rebounds and 1.5 assists per game.

Their other leading scorer is big man Julius Randle, who is averaging 18.6 points, 9.1 rebounds, and 3.3 assists per game.

The odd thing about the Knicks is the number of forwards they have on the team. Mitchell Robinson (10.3 points, seven rebounds) and Bobby Portis (10.1 points, 5.7 rebounds) are also big men who are competing for playing time.

RJ Barrett has had a nice season, averaging 13.7 points, 5.2 rebounds, 2.6 assists and 1.1 steals, but there aren’t a whole lot of others that are dominating for the Knicks.

Looking For An Easy One

While the Knicks’ roster may be a little questionable, the Lakers have a team that is top-loaded with stars. Davis and James have been sensational this year. Davis is averaging 27.7 points, 9.5 rebounds, 3.2 assists, 1.5 steals and 2.6 blocks per game, while James is averaging 24.9 points, 7.9 rebounds, 11 assists and 1.3 steals per game.

Either of these two can take over a game, but when they are both playing well, the Lakers are almost unstoppable.

Lakers Win But Can They Cover?

I really have a hard time seeing the Lakers lose this one; however, my concern is with the spread. The 13.5-point spread is a monster one, and the Lakers haven’t beaten a team by over 13 points since the beginning of December.

The Lakers are dominant at home (they are 14-4 this season), but they haven’t been dominating teams the way they did earlier in the season. I do think that the Lakers win easily, but I am actually going to take the Knicks and the 13.5 points to cover in this one.