NBA Free Agency Could Change the Landscape of the League 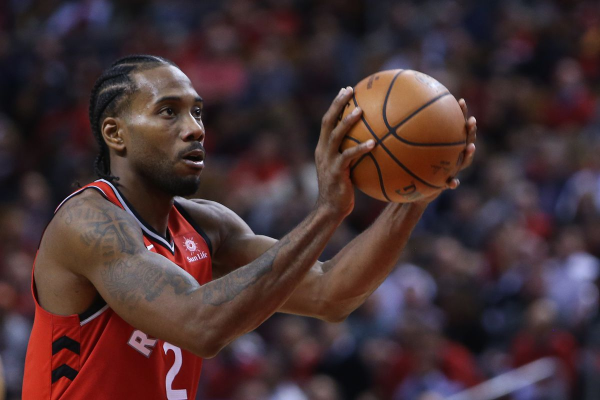 As NBA free agency heats up, the results could have monumental implications on the league as a whole.

With the NBA Draft wrapped up and NBA free agency madness in full swing, just a single trade could change the balance of power in the league. And already, that’s exactly what happened with the blockbuster trade to add Anthony Davis to the Los Angeles Lakers. But aside from transactions between teams swapping power players, new blood could very well turn a dumpster fire into a contender overnight. So what teams are presently holding value and may very well the top destinations for some of the summer’s hottest free agency talent?

Leonard is one of the offseason’s hottest free agency prospects, but what makes his situation all the more complex is the incredible title run he had with the Toronto Raptors, making him a two-times NBA Finals winner and two-time NBA Finals MVP.

While the Raptors were essentially borrowing Leonard for the past season, which resulted in the ultimate pinnacle of success, it remains to be seen whether or not Leonard is going to stick around for the foreseeable future. Given that he’s helped Toronto win the ultimate prize and that he’s going to be an unrestricted free agent this past May, all signs point to Leonard wanting to see if the grass is greener on the other side.

At present the rumors swirling regarding Leonard’s future point to him landing in Los Angeles, California, most likely for the Clippers. Given that Kawhi grew up in the area, played college ball for San Diego State, and has purchased a $13 million mansion, a lot of the signs point to him going back home to play ball.

That said, present title odds have the Clippers as 14-to-1 dogs, while the Raptors are still 7-to-1 to win the NBA championship in 2020, third behind the now-favored Lakers and runner-up Eastern Conference champs in the Milwaukee Bucks.

If Leonard leaves , the Bucks become much heavier favorites to emerge from the East, and without question, the West would have yet another threatening player entering into the fray. But still, hold off on any Clippers futures as while there is a chance he may choose to come home, it remains to be seen.

One of the biggest offseason stories will be the aftermath of the Kevin Durant injury to his ruptured Achilles tendon. Most famously injured in theg ame Five victory over the Raptors on the road, the Warriors suffered devastating injuries that resulted in Klay Thompson tearing his ACL and Durant, who will become an unrestricted free agent, entering the free agency market with new injury concerns for future suitors

With Kyrie Irving verbally expressing his dissatisfaction with the culture in Boston, he too is seeking a new landing spot. Both Durant and Irving represent some of the finest scoring talent at their respective positions, but both have not yet broken the silence on their eventual landing spots. Despite the injuries, the Knick sand Nets still have decent title odds in comparison to some other contenders.

Despite being one of the worst teams in the league, the Knicks actually have the same odds of winning the NBA FInals as the Portland Trailblazers—a team that made it to the Western Conference Finals.

The Knicks are presently +3300 whereas the Nets are +2000, and while the Knicks were a much-hyped landing spot for either Kyrie or Durant, recent developments in the injuries to Durant portend a much murkier picture than originally presented.

While additions of either player to either roster would have impact, the Knicks are far away from competing for anything, in combination with their poor ownership.

The Nets on the other hand, need one more dynamic piece to go alongside their considerable depth and most recent playoff experience.