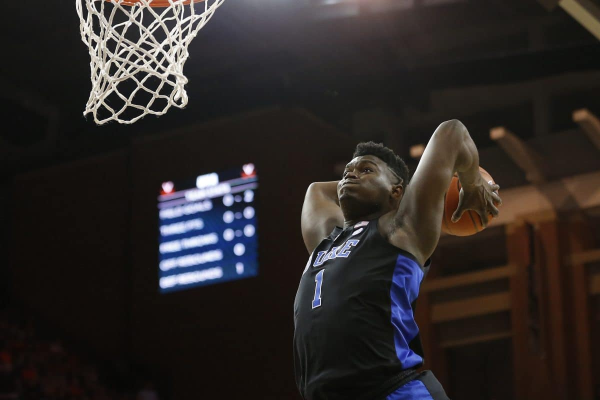 Bookmakers, fans, and teams all know it. Zion is going No. 1 overall in the 2019 NBA Draft. But what happens after that?

Zion Williamson may be this generation’s LeBron James, a once-in-a-generation talent that could easily make an immediate positive impact for whichever team he’s drafted by, which for all intents and purposes, seems that it’s going to be the New Orleans Pelicans. Unless something wildly unpredictable happens, Zion is essentially a lock of all locks to go No. 1.

But what happens after that, and what are the storylines fans and bettors can keep an eye on to cash out big on the wild NBA offseason?

In gambling, it’s all about value. Even if you’re hitting 60 percent, you can lose profit depending on how much juice you’re paying. In an NBA season, the same is true when betting spreads. Since the Pelicans are going to be a young team (and a very bad one) without much going for them aside from potential and future value, adding Zion immediately makes them competitive.

With the additions of Brandon Ingram, Josh Hart, Lonzo Ball, and the potential for more draft talent, keep an eye on the Pels as the season goes on. You’re going to get juicy spreads on them, and when you combine a core of three to four guys with a lot to prove, you’re in for a treat as a gambler.

Is there future value in betting on them to win their division or make the playoffs? No way. They’re way too raw and flawed to get past the more polished and elite teams, but they definitely deserve some game-to-game spread bets.

Murray State’s Ja Morant may very well be the most NBA-ready player in the draft. Yes, you read that right. While Zion Williamson’s squad under-performed against some of the nation’s best, non-NBA caliber college teams, Ja Morant was considered one of the hidden gems of this draft. But after showing out on the big stage in college, the secret of Ja’s talent is not so much a secret anymore.

The Memphis Grizzlies have essentially made it as obvious as they possibly could that they would be selecting Morant at No. 2, but as far as betting teams are considered, the Grizzlies may be fade material in the early going.

With a blown-up team, and a raw yet gifted scorer, don’t expect to cash too many tickets on the Grizz as they figure out their new identity.

The Empire State had their hands clasped and eyes wide in excited anticipation as NBA Deputy Commissioner Mark Tatum announced the top three picks in the NBA Draft Lottery, only to have their hearts broken when he announced the New York Knicks as the third overall pick, at least for the fans outside of the borough of Brooklyn.

RJ Barrett will likely be there at No. 3, but he’s not a consolation prize by any means. In many other drafts, he easily could be considered a No. 1 pick, making this year’s draft one of the most loaded in terms of NBA-ready talent in recent years. Barrett, while talented, still needs to define an NBA-ready game, as his jump shot leaves much to be desired. That said, he is a raw but gifted player, who makes the Knicks a promising team in a few years.

But as of now, bettors beware if you think Barrett is going to lead New York back to greatness anytime soon.