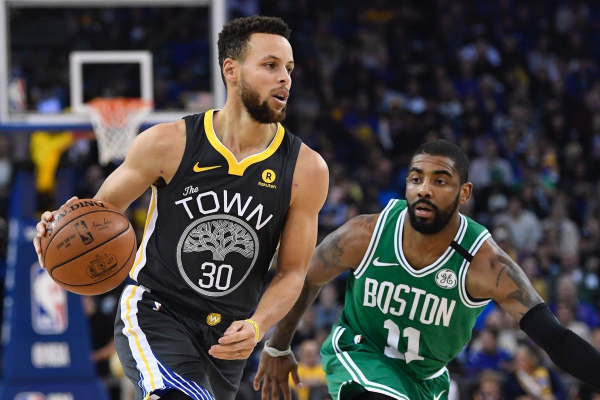 We are about halfway through the National Basketball Association’s offseason and many of the big looming questions have been answered. Where does Lebron go? What do the Spurs do with Kawhi? Who will sign Boogie? With the answers in tow we can now look to the NBAChampionship futures to see how all this player movement has affected not only the league but the championship odds.

At the beginning of any new NBA season, it’s pretty easy to see that, realistically, only five or six teams have a chance to win the championship title. Sure, the seasons are long and anything can happen, but it takes such a great team to win the NBA Playoffs and then the Finals there are only a few to consider. Teams are more likely to underachieve their way out of a championship run than overachieve their way into one. This season, however, could be a little different. The talent of the players changing teams has definitely changed the dynamics of the league. The West is now tougher than ever while the East becomes open for the taking. Let’s see how the shakeup has affected the odds and which of these teams are the good bet to take it all.

Not a surprise to see the Warriors as the favorite here. After resigning KevinDurant and with big contracts for Klay Thompson and Draymond Green looming, no one suspected they would be active in the free agent market. Yet, here we are with Boogie Cousins joining the defending champs. Cousins’ one year deal is a real win-win for all parties included. There is no rush for him to come back. He gets to pay with one of the best teams of all time. Plus, he gets to use next year to prove his worth to land that max contract in the following season. Well done by all parties. -170 is a steep number for a championship future wager, however, it’s warranted as no one saw this coming.

They Celtics had a fantastic run this past season taking Lebron and the Cavs to seven games in the Eastern Conference Final. They did it without All-Stars Kyrie Irving and Gordon Hayward at that. This team is young and deep and ready to go to the next level. Their only offseason action outside of the draft was resigning Marcus Smart, however, considering Hayward only played a few minutes last year, this will look like a brand new team. A team with this much upside is a fantastic futures bet at +600.

It’s not official yet but everyone seems to agree that Carmelo Anthony is headed to the Rockets to team up with JamesHarden and ChrisPaul. It’s an odd move due to the downward spiral Melo has been on the last few seasons. It’s a move that they don’t really need to make. What should be at the top of their list is simply figuring out ways to keep Paul healthy. If he plays those final games versus the Warriors, the Rockets probably win everything. The +1000 is a big step back for them and for good reason.

Well, obviously, the Lakers are now in the conversation. Lebron signed on with Los Angeles just as fast as he bolted the floor after losing in Game 4 of the Finals. And the Lakers weren’t done there. They had plenty of room under the cap so splurged on a gang of veterans on one-year contracts. +1000 is a bad number because this team probably isn’t as good as the team he just left. Their young players are nice but obviously what is happening here is the waiting game. Unable to pry Kawhi Leonard away or sign Paul George, the Lakers will wait one more year before signing the high profile running mate Lebron needs to truly contend.

Philly enjoyed it’s time as the sexy pick in last year’s playoffs but it all came crashing down quick in the second round versus Boston. They remain a young team on the up and up and should improve on last year’s success. However, they aren’t better than the Celtics and won’t be until BenSimmons gets a jump shot. And that will be awhile…