National Basketball Association About to Get Hot and Heavy 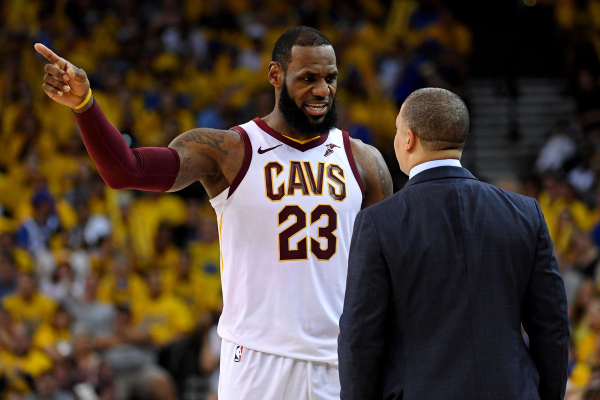 Now that the NBA Draft is behind us, we are on to the next step in offseason team building, signing free agents. This is the final week for players to opt out of their contracts, if they have that option, and become UnrestrictedFreeAgents. Other players will become Restricted Free Agents, meaning their current team can match any offer made to them in order to keep said player. And other players will opt into their contract if that is indeed an option for them. This is a huge time for teams looking to make a big splash with their roster. A good draft won’t pan out for a few years but a good free agent signing will pay off immediately. Some of the biggest names in basketball are Unrestricted Free Agents so let’s look at who is out there and how it will affect next year’s teams and title odds.

The biggest on them all is, of course the best player on the planet, Lebron James. One has to wonder if another deep run to the NBA Finals, playing every game of the season, entering his mid-thirties, and doing all of this virtually alone is going to slow this guy down. No team would let him slip by though if they had the chance. Looks as if the teams with the best chances of landing Lebron are the ClevelandCavs, of course, and the Los Angeles Lakers. The Lakers seem to be the likely favorite as well as report after report links Lebron to Southern California in some way. They have the cap space and the young talent and they are not the Cavs. Anyone who watched the Cavs playoff run has to wonder if Lebron is just over Cleveland and needs to leave. The Lakers hope so.

Yes, Kevin Durant is a free agent, however, this is just a moot point. Everyone knows he is resigning with Golden State as they go for three in a row. His free agency was purely a salary cap move last year to free up enough space to bring back Andre Iguodala. The Warriors did and now they will return the favor by opening the vault door for Durant. The Warriors will keep doing this to for free agents as the years go by too. As long as they keep winning championships that is.

A coveted free agent looking to cash in. Resigning with the Thunder remains the frontrunner as far as possible destinations go but the Lakers are also in the mix. The Lakers can sign two big free agents this summer and can even make a trade or two to make room for as many players as they want. Signing George would go a long way in the Leborn sweepstakes as James will need an allstar to compete in the Western Conference. George could be that guy.

It hurt to have to watch Chris Paul miss what turned out to be the last two games of the Rockets season. Injuries can have such bad-timing. Do the Rockets beat the Warriors with a healthy Chris Paul? While it is hard to say, it is easy to admit he would have improved their chances greatly. All the more reason to resign and find out. The Rockets will lose a few players from this year’s squad, however, none is more valuable than Paul. He’ll be back and in a big way.

One of the players possibly on his way out is ClintCapela. He had a career year in every way possible. On the stat sheet, in the win column, and in the playoffs. The Rockets loved what he did in the playoffs so look for them to resign him by matching any offer he may receive. Many teams would love a rim-protector who rebounds and can score 15 a game so expect the payout to be high.

Another terrible injury at the absolute worst time. Boogie’s torn acl coming right before his free agency year is a big financial hit for the big fella. However, there will be many teams interested in adding him to their roster. He is such an amazing talent some team will give him a chance to comeback and it may just be the Pelicans. Which is odd. Their twin towers experiment looked shaky at best last season and the team actually performed better with Cousins out of the lineup. Cousins to L.A. seems to make more sense…