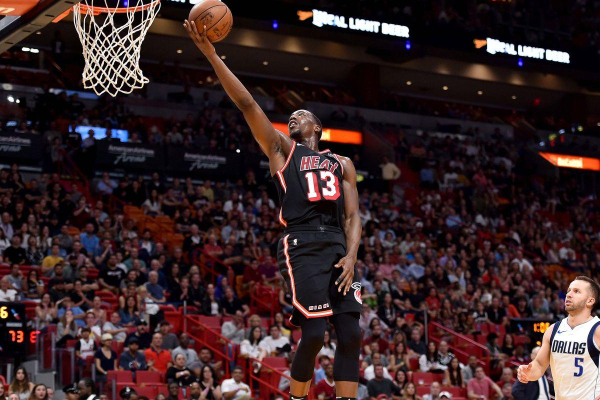 The Miami Heat head to Boston to take on the Kyrie Irving-led Celtics in their second meeting of the season. In the first matchup, the Heat took the game 115-99 in Miami. Kyrie Irving led all scorers, but it wasn’t enough for the Celtics to even be somewhat close. It is also worth noting that the game was played with very similar rosters as to what they have now.

The Celtics have been a close to full-strength most of the season, while the Heat have been crippled with injuries. This injury issue for the Heat has almost been a blessing in disguise due to their depth. The Heat are a team full of role players, some really good NBA starters and other bench shooters/scorers. The injuries have allowed players like Justise Winslow and Rodney McGruder to progress much more than most would have thought throughout the year.

The Heat come into this game without Goran Dragic, who has been out for a long time, but that hasn’t seemed to slow them down. Honestly, I think it has helped their long term future. When Dragic is out, Winslow and Richardson see a nice boost in production. Winslow specifically has been much better than expected playing a lot of point guard with Dragic out. This injury has allowed the Heat to recognize the value of Winslow and be able to use any three of these guys as trade pieces moving forward while knowing they have other guys that can run the offense. The Heat are 2-2 since their previous meeting, with wins over the Bulls and Grizzlies and losses to the Bucks and Pistons over that span.

I believe that there are 3 players that need to have a good showing for the Heat to win in Boston: Winslow, Richardson and one of many potential third options. Both Winslow and Richardson are asked to handle the ball a lot, produce all over the stat sheet, and defend the best players on the other team. The Heat need to do that best they can at shutting down Kyrie Irving along with producing across the board on the other end.

The most likely “third impact player” will be either center or Dwayne Wade. Wade is often the main ball-handler on the second unit, and he has days where he takes over that unit and makes a massive imprint on the game. I am sure the Celtics’ wing defenders will try to lock him down, but he did have 19 points in 23 minutes in their last meeting. The Celtics are really good at using team defense to guard less-skilled big men. Hassan Whiteside is a talented player, but his most important gifts are his size and athleticism. The Celtics do a pretty decent job of forcing him off of the court late in games. If Whiteside plays a lot, I expect him to get a lot of rebounds and putback points, but I think it is more likely he sees less of the court than normal. If they do run him off the court, Bam Adebayo will be asked to play the 5 as a more mobile big. Bam is also really good at the rebound-to-putback game, so that is also where he will look to score. Bam put up 8/7/5/2/2 in 27 minutes in the last meeting and I think he needs to have that kind of defensive impact in this game if the Heat want similar results.

The Celtics are all about Kyrie Irving. Irving has been incredibly dominant recently, and I think that this team will go as he goes. The rest of the Celtics are all incredibly unpredictable. Gordon Hayward appears as a corpse 6 out of 7 days and then looks like a perennial All-Star one day. Of all of the wings, they normally score enough to be competitive because there are so many to rotate through that one guy is often having a good game. Who will that be today? I have no clue and the Heat’s defense is good enough at every position that there isn’t a spot that sticks out to mThe Miamie.

The spread on this game favors Boston by 8.5 points. I definitely like the Celtics to win this game, but 8.5 is way too rich for me. The Celtics are not a team that has consistently blown out opponents this year, and I think that the defense for the Heat really steps up enough to keep this game close.