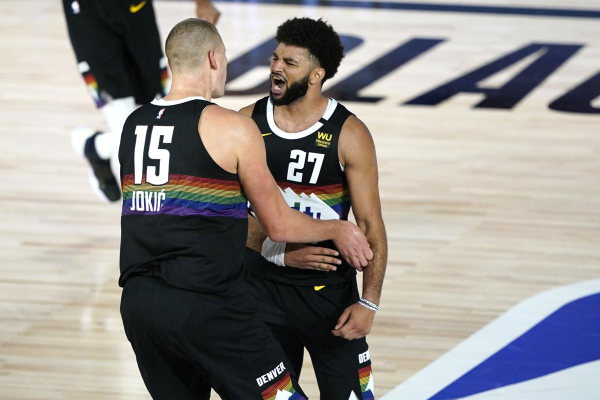 Tuesday night features Game 3 of the Western Conference finals as the Los Angeles Lakers (2-0) take on the Denver Nuggets (0-2). Tipoff for this one is scheduled for 9:00 pm ET from the Advent Health Arena.

For the Lakers, they are trying to prevent the Nuggets from getting any momentum at all. In the last game, a 105-103 Laker win, the Lakers were able to squeak by and take a two-game lead in the series.

In the win, Anthony Davis led the way for the Lakers in scoring with 31 points. He also chipped in 9 rebounds. LeBron James added 26 points, 11 points, and four assists.

For the Nuggets, this is not altogether unfamiliar territory. In fact, in the first two series, they had gone down three games to one only to still prevail when it was all said and done. The Nuggets know it might be a lot tougher of a task if they put themselves in the same hole against the Lakers and will look to take Game 3.

According to Fanduel, the Lakers come into this one as the favorites as their moneyline sits at -270. The Nuggets come in at +220. The spread sits at +6.5 for the Nuggets, and the over/under for total points sits at 213.5.

On the defensive side, the Lakers once again hold the advantage. They rank 3rd in points allowed at 107.4. The Nuggets come in 11th as they are allowing opponents to score an average of 109.2 points per game.

The Los Angeles Lakers have long been considered favorites to win the NBA championship, and with the likes of James and Davis, it is certainly understandable. This duo has been sensational during the postseason.

For Davis, he is averaging a double-double as he is putting up 28.7 points per game while pulling down 10.7 rebounds. He is also chipping in 3.9 assists, one steal, and 1.4 blocks per game.

Nuggets Hope To Narrow The Gap

This postseason, Jokic has been terrific. He is averaging 25.4 points on 51.3% shooting. He is also chipping in 10.2 rebounds and 5.9 assists per game.

For Murray, he is averaging 26.6 points on 50% shooting throughout 16 postseason games. He is also adding 4.8 rebounds and 6.1 assists per game.

Taking The Nuggets And The Points

Ultimately, I like the Lakers to take this game. However, if there is anything I have learned this postseason, it is not to rule out the Nuggets. Just when you think they are done, Jokic and Murray come storming back and find a way to prevail.

Like Game 2, I envision this one coming down to the wire to determine a winner. As I mentioned, I tend to lean Lakers straight up, but being spotted the 6.5 points, I am taking the Nuggets with the spread in this one.