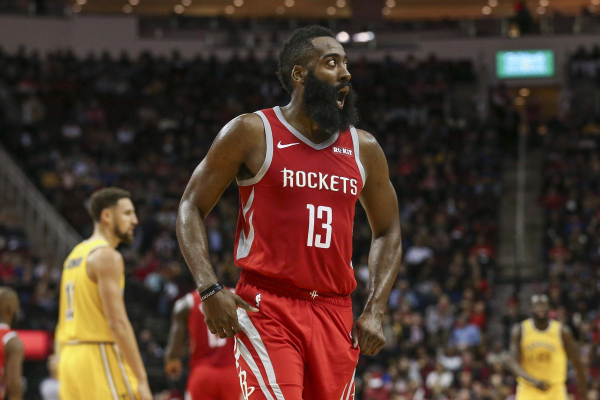 When the 2019-20 schedules were released, many experts circled a November 13th showdown between two Western Conference favorites with the Clippers going into Houston to take on the Rockets.

On paper, this game would feature the defending NBAFinalsMVP, Kawhi Leonard, against one of the most prolific scorers in the league, James Harden. And while Los Angeles still awaits the return of Paul George, this game would give us some insight into a potential playoff matchup.

This felt like an opportunity for Houston to prove themselves as a continued threat in the conference, and they jumped at the chance by earning a 31-15 lead in the first quarter. Harden set the tone with a made three-pointer on the first possession of the game.

The Clippers would hack away at that lead over the next two quarters of play, but the Rockets had enough to hold off the visitors and get the 102-93 win.

In a matchup in which all eyes were on Harden and Leonard, Harden was the clear winner on this occasion.

Thanks in large part to shooting 7-for-13 from three, Harden scored 47 points in 44 minutes and added seven assists, six rebounds, and three steals.

For the Clippers, Leonard earned a double-double with 26 points and 12 rebounds on top of his seven assists, but it wasn’t enough to keep up with Harden’s Rockets.

The Clippers and Rockets entered Wednesday’s contest with identical records, meaning the victor would gain the advantage in the Western Conference Standings. With the win, Houston improved to 8-3 while dropping the Clippers to 7-4 on the season.

Those results put the Rockets in second place in the conference, level with the Utah Jazz, and placed the Clippers in fifth with a record matching that of Minnesota.

Leading the Western Conference at this early stage of the season are the Los Angeles Lakers, who’ve jumped out to a 9-2 record on the back of the AnthonyDavis–LeBronJames partnership.

Having played one fewer game and suffering one fewer loss, Denver slots in just ahead of the Clippers.

With identical 6-4 records, the Mavericks and Suns round out the top eight within the Western Conference at this point.

The second-place Rockets may be trailing the Lakers, but they can be satisfied with the knowledge that their flawless 6-0 conference record is better than the 6-1 of Los Angeles. And with games against the Timberwolves, Nuggets, and Clippers coming within their next five contests, the Rockets will have a chance to separate themselves alongside the Lakers at the top of the standings.

For the Rockets, who we’ve seen Harden carry deep into the playoffs before, it’s all about earning home-court advantage and then hoping Harden and Russell Westbrook can get them over the hump.

For the Clippers, an already-solid team will become daunting for the rest of the conference once George is able to get back on the floor.

Favorites to Reach the NBA Finals

With Leonard and George for the Clippers, James and Davis for the Lakers, and Harden and Westbrook for the Rockets, it’s not surprise to see that those three teams have separated themselves on the list of favorites to win the Western Conference.

Beyond those three teams, the Nuggets are closest to the top with their odds of +800.