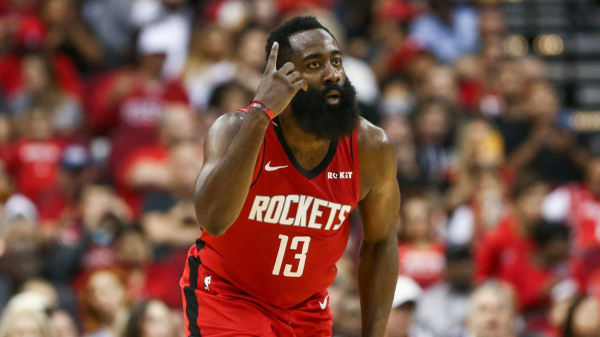 Wednesday night features a battle of Western Conference opponents as the LA Clippers (7-3) travel to the Toyota Center to take on the Houston Rockets (7-3). Through the first 10 games of the season, just a game separates the top five teams in the West. As the disparity between teams in the West is not nearly what it used to be, every game will be important throughout the season, and both of these teams would love to make a statement early in the year. Tipoff for this one is scheduled for 7:30 pm ET.

The LA Clippers come into this one having won two in a row with wins over the Trail Blazers (107-101) and the Raptors (98-88). After playing five home games in a row (where they went 4-1), the Clippers will now look to take their winning ways on the road.

The Houston Rockets have actually won four in a row, with wins over the Grizzlies, Warriors, Bulls and Pelicans. They have won by double-digits in two of their last three games. Coming back home after a two-game road trip, the Rockets will look to extend their winning streak.

The Houston Rockets are currently 1.5-point favorites playing at home. An over/under for total points scored has not been set at the time of this writing.

On the offensive side, the Houston Rockets have been the most prolific scoring team in the NBA thus far this season. They currently rank atop the list of scoring offenses, averaging 120.3 points per game (120.5 at home). The Clippers are 13th overall, averaging 111.9 points per game (119.7 on the road).

Clippers Look To Continue To Roll

The LA Clippers had a huge offseason, and, early on, they are already seeing the fruits of some of their acquisitions. Kawhi Leonard has been sensational thus far this season. In eight games, he is averaging 26.9 points on 44.4 percent shooting, including 87.1 percent from the free-throw line. He is also averaging 8.5 rebounds, 5.9 assists and 2.3 steals per game.

The other star offseason acquisition could be coming back soon. It has been reported that Paul George is nearing a return. In fact, with the Clippers having a back-to-back this week, it is believed that he will play in either the game on Wednesday against the Rockets or Thursday against the Pelicans. If he plays Wednesday, that will be a huge boost for the Clippers against Houston.

What can you say? There is a reason that James Harden appears to be a challenger for MVP year after year. He has been remarkable this season, averaging 37.3 points per game on 40.7 percent shooting, including 29.8 percent from the three, and 88.1 percent from the free-throw line. He is also averaging 5.4 rebounds, 8.3 assists and 1.4 steals per game.

Newcomer Russell Westbrook has also fit in nicely with the Rockets. He is averaging 21.9 points per game on 47.2 percent shooting. He is also pulling down an average of 8.7 rebounds per game and 7.4 assists.

By George, It Could Go Either Way

In the NBA, oftentimes, the most successful teams have a good amount of star power with a definite supporting cast. Both of these teams have just that, but it is the Rockets tandem of Harden and Westbrook who are healthy. With that in mind, George is expected to play either Wednesday or Thursday for the Clippers. If he makes his debut on Wednesday, I think I like the Clippers and the 1.5 points. If he misses the Rockets’ game, though, and returns on Thursday against the Pelicans, I think I am taking the Rockets at -1.5. Keep an eye on the status of George as the decision on his availability determines the status of which team to bet on.