Knicks vs Hawks Game 4 Betting Preview: New York Needs a Road Win To Get Back Into Series 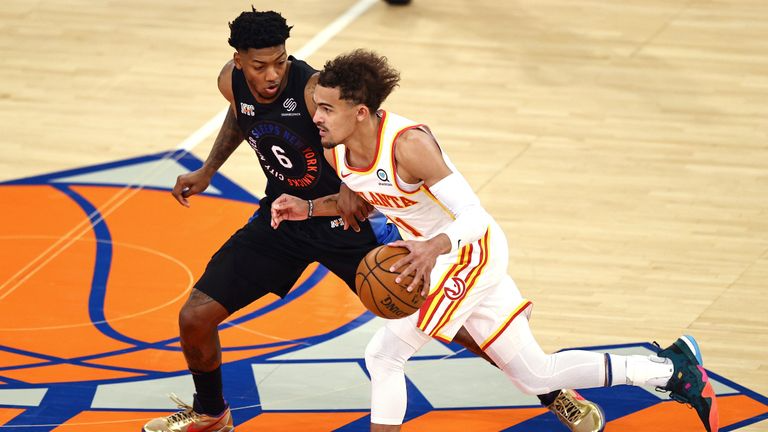 Which direction will the Knicks vs Hawks series take this afternoon? Will the Hawks put themselves a win away from a likely date with the Philadelphia 76ers, or will the Knicks even up the series ahead of a return to MSG?

Winning in the playoffs requires making adjustments. So far that edge has definitely gone to the Hawks, who used a super-balanced approach at home in getting the Game 3 win. Now New York has to balance desperation with how to get forward Julius Randle to be an effective player again. What we are seeing now is what often happens the first time a group makes it to the playoffs. I know you can also say the same about Atlanta, but somebody has to win the games.

Knicks vs Hawks odds are via FanDuel Sportsbook as of Sunday, May 30 at 12:30 pm ET. For more NBA betting odds, check out our NBA odds page. It features updated odds from FanDuel and other top online sportsbooks.

Knicks Need To Get Randle Back on Track

Here is a simple statement: New York is not going to win unless they can find a way to get more out of their top player, Julius Randle. In Game 3 he made just two shots, going 2 for 15 from the field. Yes, he did wind up posting a double-double for the game, but the Knicks cannot compete if his scoring is as down as it has been. The question is whether the player or the coach can figure it out.

Also, wing RJ Barrett was the second-leading scorer during the regular season, and he has struggled too. Like Randle, he made just two shots in Game 3. Those are the top two options that are not providing much so far.

Derrick Rose has been excellent, but there is only so much we can expect from the veteran guard.

During the regular season, the Knicks excelled as a road underdog, posting a 17-10 ATS record. They need to add to their 10 road upset wins to stay relevant in this series.

Atlanta took a 2-1 series lead in Game 3 thanks to a total team effort. Point guard Trae Young led the way with a modest 21 points, while his teammates converted at a high level to help him post 14 assists.

Atlanta shot over 50% from the field for the game and almost 60% from behind the arc against a New York team that was the best defensive group in the league during the regular season. They might have only scored 105 points, but in addition to Young, seven different players scored at least nine points. It is hard to be more balanced than that.

Now the Hawks really have the Knicks where they want them, as they have proven they can win a couple of different ways, at least. Young might be a superlative talent, but his willingness to adjust his game is also emerging as an elite skill.

Atlanta is the favorite once again at home. The line opened at -4.5 which was the same as Game 3. It has moved up a tad even though Atlanta is not the consensus play. That tells you where the smart money is getting down.