How Would A Warriors Loss In The Finals Affect Their Dynasty? 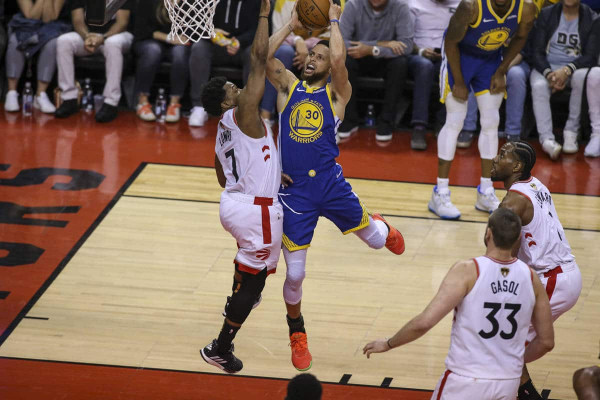 They turned every kid with a jump shot into a three-point wannabe. They transformed the idea of what a dynasty was in the modern sense, and they “broke” the game of basketball as we know. We, of course, are talking about the Golden State Warriors. A team built by analytics, a brilliant former champion head coach, and several championship-winning assistant staffers, it is a team, by all accounts, that will forever stay in the hallmarks of NBA history as a dynasty.

But just how much longer will be talking about the Warriors dynasty in the present tense? Down 0-1, and in danger of losing the NBA Finals for the first time to a team without LeBron James (does that stat really matter?), there is no doubt that the future (and futures) implications for a Warriors loss will have to influence bettors to look at this team in an entirely different fashion.

Breaking Up is The Hardest Part

Before locking up a futures ticket for next season, you need to first consider the price you’re getting on a 2019-20 Warriors team. You also need to attack such a wager with a few things in mind: Are you getting the best possible value at a given price point?

As it stands, you can buy a Warriors 2020 NBA Finals ticket at a +180 pricepoint. A $100 wager on the Warriors to win the whole thing would net you $180 in profit. Not bad, right? Well, you’re betting with the assumption that the Warriors will remain intact going forward.

Not The Same Team

Kevin Durant’s absence in addition to rumblings going around the league about a possible migration to the New York Knicks means that you may not be getting the best price possible. If the Warriors lose Durant, they may also lose DeMarcus Cousins. With Cousins signing only a one-year contract, the Warriors would revert back to being a team sans Kevin Durant, which would still be a formidable Western Conference powerhouse, but they would lack the same level of lethality that a Kevin Durant-led Warriors team brings to the table.

With Kevin Durant’s absence looming large and rumors swirling of his supposedly inevitable departure, you may need to rethink investing them going forward—both in the short-term as well as the long-term.

Plain and simple — because the Warriors team next season may look entirely different, a futures wager on them, especially at a relatively cheap +180, is not the best bet you could make at the present time.