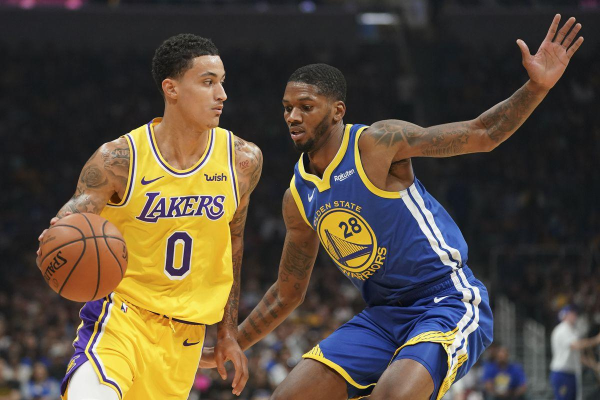 A major game tonight in the NBA is the Finals rematch of the last 4 years. Okay, “major game” and “Finals rematch” is barely accurate when it comes to talking about the Golden State Warriors @ Cleveland Cavaliers. Although 2 weeks ago, these teams looked to be in oddly equal turmoil. However, with Stephen Curry’s return, the Warriors have started to look more like the Warriors of old even with the 2 losses in their last 3 games. The Cavs are just 1-4 in their last 5 games and this team has no idea what they are trying to do.

The Warriors have dealt with a strange amount of drama to begin the season starting with the Kevin Durant and Draymond Green controversies. This controversy also combined with the injuries of Shaun Livingston, Steph Curry, and Draymond Green. When all of this stuff combined together, we saw the Warriors look as mortal as they have in the last 4.5 seasons.

We are over a quarter into the season and the Warriors still are not in first place in the West. I think you could have gotten really good odds on that situation before the season. I think these last few weeks have shown just how important Steph Curry is to this team. Stephen Curry’s defensive instincts are highly underrated. He’s too small to be an elite on-ball defender, but he does make elite decisions on the defensive end that get overlooked drastically. Obviously, Curry’s ability to pull up from half court and shoot 50% from the three-point line, move off the ball constantly, and be an elite ball-handler are a few reasons they miss him so much. I expect this team to start rolling and possibly try to kick into championship gear for a little while to pull away from the rest of the conference.

No one in the West looks like a team that can go on a big win streak, and the Warriors could win 30 straight if that was their sole goal. This new gear seemed to start vs. the Hawks, where Steph Curry scored 18 points in the first half. Afterward, he said they wanted to take the air out of their lungs quickly. I expect Steph and KD to have a similar approach with this young Cavs team tonight.

The Cavs really have no identity coming into this game. At the beginning of the season, we saw the Cavs start their “best possible lineup.” Then, Kevin Love got hurt and he is being held out for an extremely long time because they know he is basically only going to hurt their future draft picks. Everyone knows that this team should allow guys like Sexton, Clarkson, Osman, Nance Jr., and Hood develop at a faster rate and lose games at the same time. Maybe you can even use worse young players if you have to in order to lose games.

It seemed like this is kind of what the Cavs were doing in a subtle manner for the last month. Trading Korver and playing young guys massive minutes is exactly what should be going on, but there was an odd hiccup last game. 32-year-old George Hill coming off an injury was on a 20-minute limit last game. Until the game was somewhat close and he played 35 minutes. Why? Coach Larry Drew simply said they played him more because they wanted to win. HMM. I really think that’s a bad idea. I’d prefer that we could count on seeing Collin Sexton on Steph instead of George Hill, but that doesn’t seem likely.

I wish I could count on the Cavs just throwing games down the drain when analyzing this game, but that’s seemingly not the case. The issue that the Cavs had is they have no defensive answer for KD. He should be able to get whatever he could possibly want if they need it late.

That being said, I do believe that the Warriors want to start dominating teams really early in games and that should be very achievable vs. the terrible Cavs team. This is often a spot that could lull the Warriors to sleep, but with their recent struggles, I do expect them to come out an assert their dominance early on and not play deep into the fourth quarter. Give me the Warriors (-11) in this one.