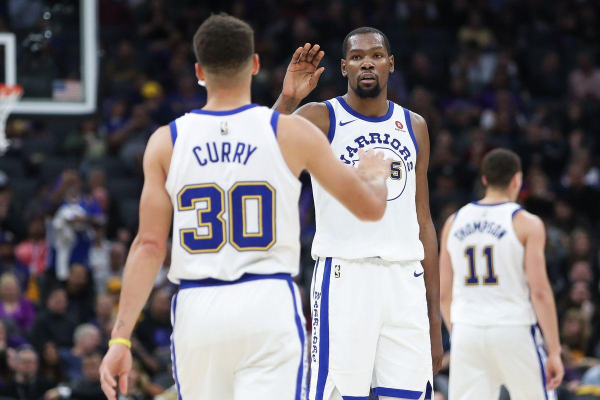 The Chicago Bulls head to the Golden State Warriors in one of the biggest mismatches in the NBA. Shockingly, the Bulls are on a 5 game losing streak while the Warriors are on a 5 game winning streak. The current iterations of each team are almost as healthy as they have been all season.

The Bulls have been injury riddled all season. They have missed significant time from Lauri Markkanen, Zach Lavine, Bobby Portis, and Kris Dunn. This is obviously going to make any team worse, but the Bulls have basically no depth adds it is. They are a bottom tier team even when they are healthy, but with the injuries, it’s no surprise their win percentage is around 25%. The Warriors big 4 are now all fully healthy and playing better of late. They have been without Steph Curry and Draymond Green for points of the season where they really struggled. The Warriors also expect Boogie Cousins back within the next week or so. That may take time to adjust, but that will be a scary situation for opposing teams if he is at full strength.

The Bulls are a really young team that should be able to get up for this game. This team is generally talented, but they are also young and inexperienced. The personnel is meant for an up-and-coming team that wants to eventually play defense and shoot 3s. The issue with this young of a team is that the defensive discipline is lacking for some players. Both Kris Dunn and Wendell Carter have good defensive instincts. This will be the key to keeping up with these Warriors. The Warriors are one of the best teams in the NBA at exploiting matchups. This should be an easier matchup to exploit the bad defenders because they are really obvious. Lavine and Chandler Hutchison are 2 of the best matchups for the Warriors. I think we will see a lot of off-ball screens for Klay Thompson. Lavine has a tendency to get lost on the defensive end and Klay is elite and moving off the ball and getting open before he touches the ball. If they can exploit Lavine like they’d like, I think it could also hurt the Bulls offense because Lavine will be exhausting energy on the defensive end, which he does not like to do.

The Warriors seem to have gotten out of their slump. Klay Thompson really struggled for an extended period of time. With his recent return to form, the Warriors have been much better of late. Draymond Green and Klay are the two players that have elevated this team towards being elite because of the unique attributes they bring. When they struggled, the Warriors struggled. With their recent performances, I think it is appropriate to assume the Warriors are back on track. If they can continue this play, they should continue to run over the lesser teams in the league as the spread here suggests. Stephen Curry began the year off basically carrying this team to start off strong. He is still having his best statistical season when it comes to efficiency, but he has fallen off a little since starting off the season as clearly the best shooter in the history of the NBA in a season. Kris Dunn should provide some resistance, but Steph is Steph.

The spread of -15.5 is really a terrifying situation because if either team plays a little out of character, we can see strange outcomes. That being said, I have to assume that the Warriors take care of business here as they continue to roll towards establishing themselves again. I’ll take the Warriors here in a game that sees very little starters into the fourth quarter.