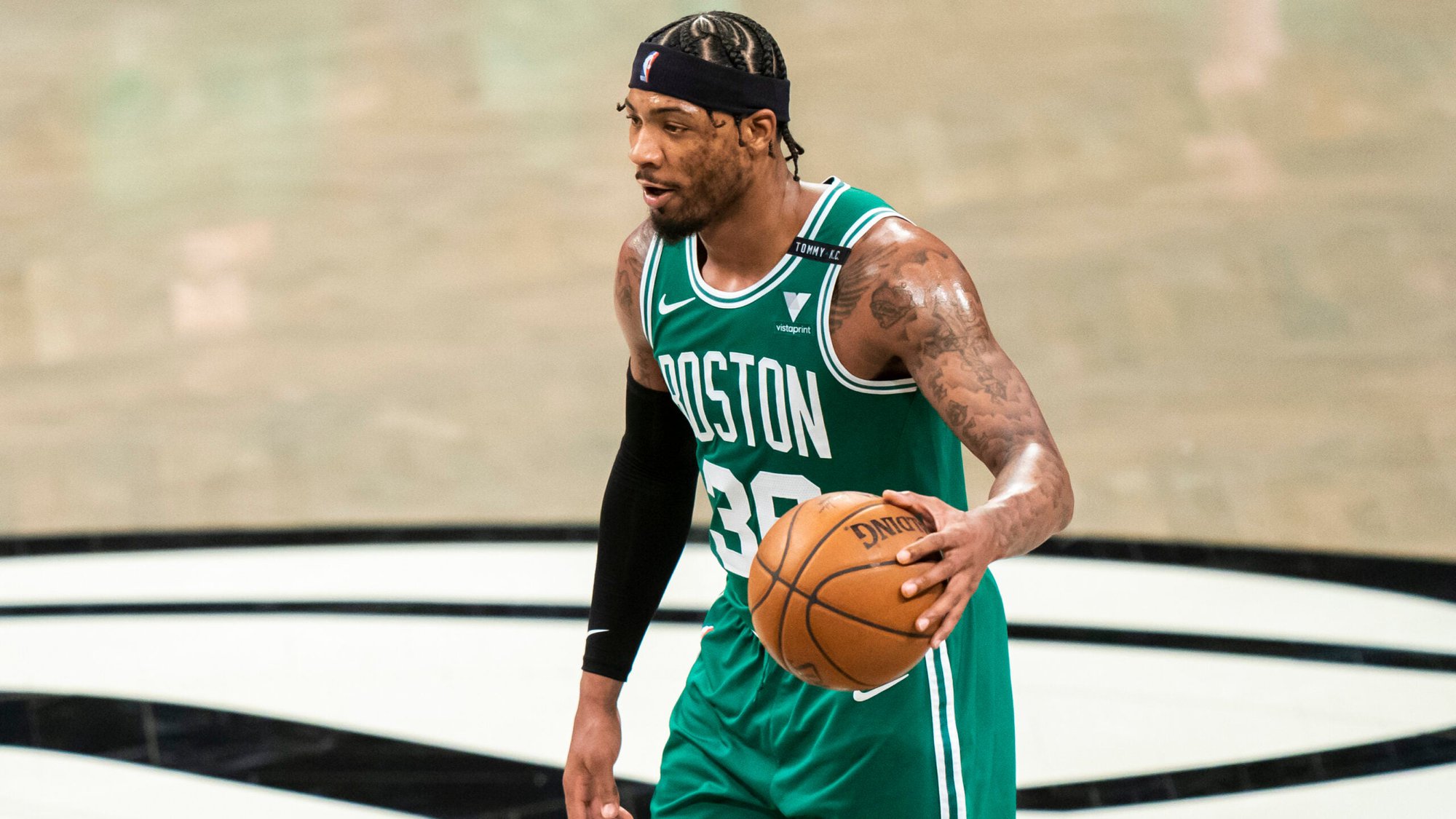 The 2021-22 NBA Playoffs continue on Monday, April 25 with three contests, including Game 4 of the Boston Celtics vs. Brooklyn Nets series.

The Celtics have been locked in throughout the series, taking the 3-0 series lead after Jayson Tatum dropped a massive 39 points in Game 3. Boston will need all of its star players at the top of their game if the team hopes to eliminate Brooklyn tonight.

Meanwhile, the Nets will need a better effort from their stars as well as many fans and experts expected them to be more competitive in this series.

Will the Celtics advance to Round 2 of the playoffs? Or will the Nets finally win to force the series to return to Boston?

Celtics Look to Close Out Series

It isn’t hard to see that the Celtics have been the better team this series. After all, that’s usually the case when a team is up 3-0.

If they’re going to close out the series tonight, the Celtics will need another dominant performance by Tatum, who bounced back in the last game following a quiet Game 2 showing.

As mentioned before, Tatum finished Game 3 with a 39-point effort on .448/.308/.900 shooting, adding five rebounds, six assists and an effective defensive performance that saw him close out with six steals.

Aside from Tatum, Jaylen Brown has also been a consistent presence in this series. He’s scored either 22 or 23 points in each of the first three games with his field-goal percentage increasing with each passing contest.

If the Celtics can come out hot with a similar defensive effort as they had in Game 3, life will be a lot easier. That means head coach Ime Udoka will likely rely on Marcus Smart again for his defense. He’s been great on both sides of the ball, averaging 15.3 points and 1.7 steals this series.

As a team, the Celtics have been playing tremendous defense against the Nets’ top stars. Kyrie Irving and Kevin Durant were both held to 16 points apiece in Game 3, which is something that rarely happens to two of the top players that the NBA has to offer.

Nevertheless, the Celtics have been one of the best teams in the NBA since Christmas and if any team can shut down the Nets’ dynamic duo, it’s them.

When Durant and Irving came together in Brooklyn, it was supposed to mean that the Nets were going to be perennial championship contenders.

Instead, injuries and other notable absences had the Nets fighting for a playoff spot in the Play-In Tournament before entering the three-game series deficit that they’re in now.

What’s even more frustrating for Nets fans is that Ben Simmons has been ruled out of Game 4 of the series. All rumors pointed to him making his Brooklyn debut in Game 4, however, he allegedly woke up with a back injury on Sunday morning and won’t suit up.

That means that the Nets must turn to Irving and Durant, once again, to get the job done despite the pairing’s struggles this postseason.

Durant hasn’t been the dominant player that fans know him to be. He’s averaging a mere 22.0 points with 5.3 rebounds and 5.3 assists. His .365 field-goal percentage is way below what he’s capable of, while his 94 offensive rating is second-worst on the team, only ahead of Kessler Edwards (51), who’s played just seven minutes.

Irving’s field-goal percentage is better (.440), however, it’s still slightly below what he averaged in the regular season (.469). Still, Irving is averaging just 21.7 PPG and needs to step up if Durant is going to have his struggles.

All in all, the Nets are in this hole because of their stars’ underwhelming performance. If they want to avoid getting swept, Durant and Irving must be the difference-makers.

The Nets haven’t shown that they have the capability to turn this series around just yet, which is why the Celtics are the right pick to win Game 4. At the end of the day, Boston’s stars are showing up, whereas Brooklyn’s aren’t.

Durant has been relatively quiet this series, but don’t expect him to go out on his back in Game 4.

Durant is much better than he’s been playing and he’s a true competitor. Getting swept with the way he’s been playing would be a stain on his career, which is why I fully expect him to show up and do his best to force a win for the Nets.

Even if Brooklyn doesn’t walk out with the W, it’s tough betting against Durant in a make-or-break contest.

The 2022 French Open is underway at Stade Roland Garros in Paris, France, and we are already almost through the first week of play. Tomorrow, the remaining third-round matches will take place, after which the men’s and women’s singles draws will be down to their final 16 contenders. In both men’s and women’s singles, there END_OF_DOCUMENT_TOKEN_TO_BE_REPLACED