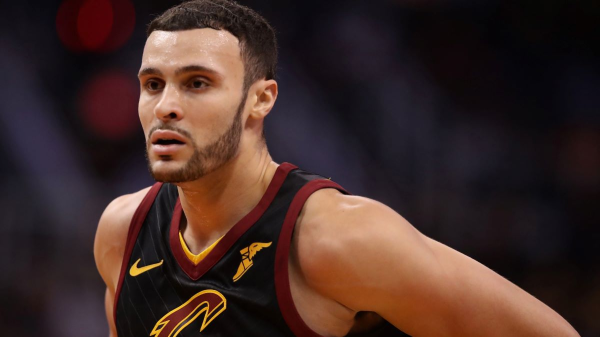 The NBA and its fans, players, and owners are all eager to get back to work as soon as possible. However, a recent anecdote from Cleveland Cavaliers forward Larry Nance Jr. could have everyone a bit more pessimistic about a return anytime soon.

Nance, a five-year veteran in the league, has Chron’s disease.

Not only is it a burden on the person carrying the disease, but it is also one of the preexisting conditions that make a person more vulnerable to the coronavirus. Luckily, Nance has been able to overcome that immune suppressing-disease and have a solid NBA career.

“I would hope there would be an understanding (from the league) if someone didn’t feel comfortable coming back, that’d you get a pass,” Nance said. “Just because you may look like the picture of health, some people have issues you can’t see.”

It was only two months ago when the NBA season suspended its play for the season after Utah Jazz Rudy Gobert tested positive for the coronavirus – right before the team was supposed to play a road game against the Oklahoma City Thunder.

When Nance received the news about Gobert, he described himself as “absolutely terrified” because he had recently played against Gobert. Afterward, Nance reached out to doctors about the severity of the virus, and even considering not going on the Cavaliers’ scheduled West Coast road trip they were supposed to go on before the league stoppage.

“We’re young, and you know the kind of shape players are in, you’d like to think (the virus) wouldn’t be what it could be for others. But you don’t know,” Nance said. “I’m still scared and don’t want to get it.”

Over the last few weeks, Nance has finally calmed down more after learning everything there is to know about the virus and has even consulted various gastrointestinal specialists. The drug he has been on for the last 10 years through periodic IV infusions has shown improvements in fighting off some of the infection for those with Chron’s disease.

In fact, Nance is one of seven Cavs players to return to the team’s facility for individual workouts over the last two weeks. He hopes that the conditions will allow him to keep playing, should there be a season at all.

“I’m paying super close attention to everything that is going on. I was watching the German soccer league over the weekend and seeing how the players were interacting with each other and still seeing them make a lot of contact,” Nance said. “I can’t even imagine being on one of those calls trying to hash this out. There’s so many ways to spread this.”

If the NBA were to resume play this season, it’s possible that the Cavs wouldn’t play any games at all. Cleveland is far from the No. 8 seed in the Eastern Conference, and the league has previously stated that it may just start the season at the playoffs, with the teams already determined by the current standings.

Nance would certainly love to get back on the court, considering his recent play before the coronavirus outbreak. Over the last 15 games before the league suspended play, Nance was averaging 12.9 points (on 60.6 percent effective field goal shooting), 7.7 rebounds, 3.2 assists and 1.5 steals per contest in those games.

About a month ago, when we looked at the odds for which date the NBA would resume play, it seemed like the period between mid-July and early-August would be the most logical time. Now, we’re not even sure what’s going on anymore.