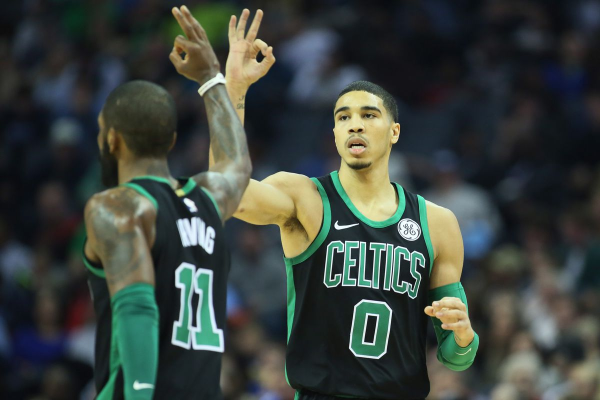 The Boston Celtics and Indiana Pacers head to Indianapolis for Games 3 and 4 of their best-of-seven first-round series. The Celtics did what they were supposed to do, winning both games in Boston to take a 2-0 series lead. Indiana hopes to get back in the series with a much better performance in front of its home crowd.

The Pacers went 29-12 at home this season, and they are usually much better playing in front of their home crowd. Expect another low-scoring game as the series shifts back to Indiana.

Neither team has been able to reach 100 points in a game so far this series, and that has a lot to do with the defense of both teams. Boston was able to hold off the Pacers to win Game 1 84-74, then came from behind to win Game 2 99-91.

Indiana is a -3.0 point favorite over the Boston Celtics in Game 3.

The Indiana Pacers should be very proud of their defensive effort so far this series, but their offense has to show up if they are going to get a win. Indiana led the NBA this season in points allowed, giving up just over 104 points per game. They have been even better in this series against the Celtics, but basketball is played on both ends of the floor.

Forward Thaddeus Young has been the best defensive player for the Pacers so far this season, averaging 4.0 steals per game.

Indiana was in the bottom third of the league in scoring during the regular season, but they are the lowest scoring team so far in these playoffs. Bojan Bogdanovic leads the team with 17.5 points per game in this series, but he hasn’t gotten a lot of support.

The Pacers are shooting just 31 percent from deep, and they don’t really have a great interior scoring threat. Indiana needs Domantas Sabonis and Myles Turner to pick up their scoring in Game 3.

The Boston Celtics have one of the best players in the league in point guard Kyrie Irving and an up-and-coming superstar in Jayson Tatum. Irving and Tatum have both been terrific so far in this series and are a big reason why the Celtics are up 2-0.

Tatum had a monster Game 2 and is averaging 20.5 points per game. Irving has been consistent in both games and leads the team with 28.5 points and 7.0 assists per contest. The Pacers can’t match up to these two players, and both should have another big night.

Boston is playing without Marcus Smart, who is arguably their best defender, but it hasn’t stopped them in this series. The Celtics are keeping the Pacers to just 39 percent field-goal shooting and are causing 12.5 turnovers per game.

Boston has a ton of depth on their roster, and they can throw multiple solid defenders on the court. The Celtics shouldn’t have to rely on their defense, but they have gotten the job done.

Pacers Get First Win of Series

Even though the Celtics have won the first two games of this series, they haven’t looked extremely great in either of them. Indiana has hung around in both games, and will likely play much better at home.
These two teams are just too close in talent to have one team take a 3-0 series lead. Look for the Pacers to bounce back with a solid win in game three. Bet the Indiana Pacers -3.0 over the Boston Celtics.