Hawks vs 76ers Betting Preview: this Spot has Proven Profitable for the Sixers 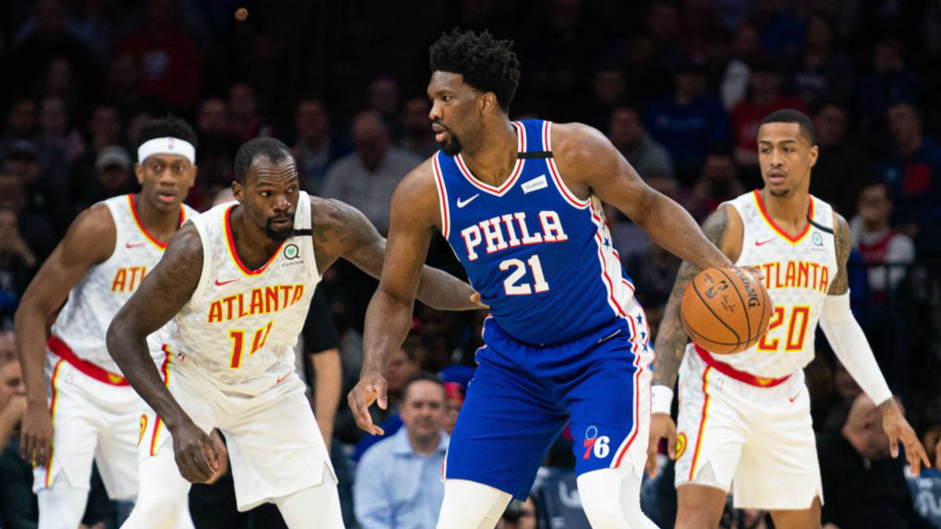 There is a nice battle shaping up for the top spot in the Eastern Conference and Philly is right in the mix heading into this matchup with the Hawks. Atlanta looks like a sure thing for the playoffs but they need to get healthy down the stretch to leapfrog some of the teams ahead of them.

Here’s a quick look at the current Eastern Conference standings:

The 76ers have excelled when playing teams back-to-back at home, going 3-0 SU and ATS in that spot so far this season. They’ll look to improve that record to 4-0 tonight when they take on the Hawks as prohibitive favorites after beating them by 44 points in Philly just two days ago.

Nate McMillan is probably not going to win coach of the year. He probably should though. Ever since he took over the Hawks they have been winning and like any good coach he is getting the most out of the players that are available.

These teams just played on Wednesday and the Hawks got hammered, losing by 44 points. The team was missing PG Trae Young and a host of others and was out of the game by the end of the first quarter when they were already down 20. Two days later the Hawks’ health status has not improved, in fact, things are worse with underrated center Clint Capela likely to miss this one.

Atlanta is an intriguing team but right now they are playing without four starters. That is too much to overcome against Philadelphia but they should be better than they looked the other night.

Atlanta seems to be on a nice upward trajectory but like many developing teams, they are doing most of their damage at home. On the road, they are just 16-17-1 ATS this season.

The 76ers are healthy again and looking great. They have dominated in their last two games, both offensively and defensively.

Center Joel Embiid is a superlative talent but I am warming up to the idea that point forward Ben Simmons is really what makes this team go. Embiid may put up the more obvious numbers but it is Simmons's versatility that makes this group elite. Now that he is back everyone slots back into the right roles.

Even though the 76ers destroyed the Hawks the other night Atlanta is the consensus play tonight, taking in about 70% of the action. I am not sure how you can fade Philadelphia with how they have looked. They are 18-12-1 ATS at home this season too.

This will be the fourth time this season they have played back-to-back home games against the same team. They have won the second game and covered, in every previous occurrence, and in those other cases, the first game was a lot closer than this one. It feels like the markets are saying that there is no way the 76ers can be that good again.

Maybe they can’t win by 40+ points again but the gap between these teams right now is significant. They can win by half that margin and still cover the spread by double digits.