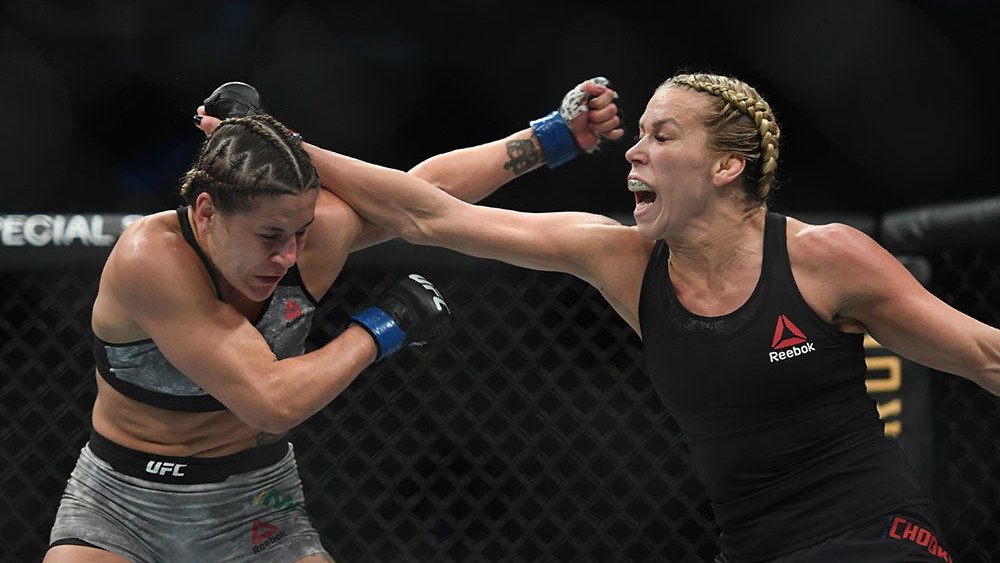 One of the most intriguing fights on the UFC Fight Night: Kattar vs Chikadze main card is a battle between Katlyn Chookagian and Jennifer Maia.

It showcases two former Women's Flyweight Championship challengers and is a rematch from when the two previously met at UFC 244 in November 2019.

Maia enters the fight following a unanimous decision victory over Jessica Eye at UFC 264. That win saw her successfully rebound from a championship loss to Valentina Shevchenko in her previous bout.

She will also be looking for revenge after a unanimous decision loss to Chookagian in their first meeting. Maia currently ranks fourth in the UFC women’s flyweight division, behind Shevchenko, Jessica Andrade, and Chookagian. A win here would enhance her prospects of a title rematch.

On the other hand, Chookagian has gone 3-1 since losing her title opportunity to Shevchenko in February 2020. She’s won two fights in a row, with the last being a unanimous victory after going the distance with Viviane Araújo in May 2021. She finds herself as the No. 2-ranked fighter in the division.

While Chookagian may have won their first meeting at UFC 244, there’s a lot to like about Maia. For starters, she has suffered only one knockout in her 27-fight career. Chookagian, meanwhile, has been dealt two TKO losses in her last five outings. Some may think that shows a lot of vulnerability.

Maia also fared better against the champion than her opponent did. She took Shevchenko the distance while Chookagian suffered a third-round TKO defeat. While it will be a close fight, the underdog has a great shot at an upset on Saturday.

The 2022 French Open is underway at Stade Roland Garros in Paris, France, and we are already almost through the first week of play. Tomorrow, the remaining third-round matches will take place, after which the men’s and women’s singles draws will be down to their final 16 contenders. In both men’s and women’s singles, there END_OF_DOCUMENT_TOKEN_TO_BE_REPLACED