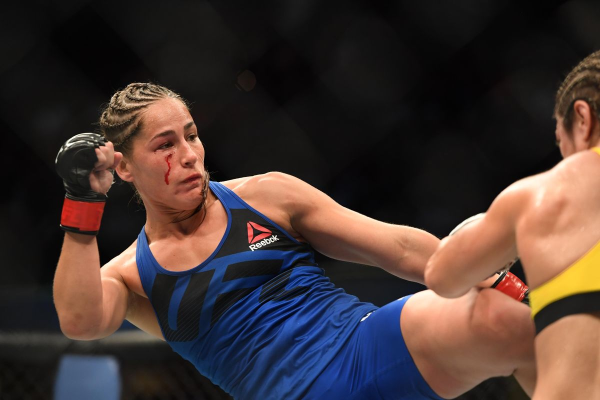 UFC will return this week for an early Saturday Morning card from Singapore with UFC Fight Night 132. This card is featured with 13 fights that will start at 4:30 AM ET. That is right, you read that correct, this fight card will start at 4:30 AM ET due to the time difference between the United States and Singapore. You are going to want to make sure you place your wagers early enough that you won’t get cut off for placing your MMA bets late.

Main Event – Donald Cerrone vs. Leon Edwards
The Main Event for UFC Fight Night 132 is a Welterweight battle between former title contender Donald “Cowboy” Cerrone and Leon “Rocky” Edwards. This fight is a striking battle that is sure to entertain the Singapore fans in attendance and the millions of people watching around the world on UFC Fight Pass.

Cerrone will face a tough a willing opponent in Leon Edwards. Edwards is 15-3 overall and has recorded 5 straight wins. His last loss came at the hands of the UFC’s #1 ranked Welterweight, Kamaru Usman, which was by unanimous decision. Edwards really isn’t known for being a big finisher, winning a majority of his fights by decision.

This fight is going to come down to which fighter to pull off their game plan. Cerrone will look to push the pace early and catch Edwards in the first round with a finish. Edwards on the other hand will try to drag Cerrone into deep waters and try to get a decision victory. That isn’t the best path to win against Cerrone and he will not fare well with that style. I look for Cerrone to be very aggressive with kicks in the first round, setting up a second round finish over Edwards.
Handicapping Selection: Donald Cerrone WINS via 2nd Rd TKO

Co-Main Event – Tyson Pedro vs. Ovince St. Preux
The Co-Main Event of UFC Fight Night 132 is in the Light Heavyweight Division between Tyson Pedro and Ovince St. Preux. Pedro has gone 3-1 since he entered the UFC and has a 7-1 overall record. Pedro is coming off a 1st round submission win over Saparbeg Safarov at UFC 221 and his only loss was against Ilir Latifi at UFC 215. He is a finishing machine with all 7 of his wins coming by finish. He has KO’d 2 opponents and submitted 5 opponents in his career.

Ovince St. Preux is a tough striker that is without a doubt the toughest opponent Pedro has faced. St. Preux has fought a much higher level of competition than Pedro and this fight is sort of a step back for him. He is coming in fresh off a submission loss at the hands of Ilir Latifi, whom also beat Pedro. That loss came 4 months ago and Ovince will be looking to avoid losing back to back fights.

I think this is too big of a step up in competition for Pedro. He will be pushed hard in this fight by St. Preux. St. Preux is a slight underdog in the fight but I think will still get the win in upset fashion, late in the second round.
Handicapping Selection: Ovince St. Preux WINS via 2nd Rd TKO

My top play on the UFC Fight Night 132 card is Jessica Eye over Jessica Rose Clark. I think the oddsmakers have this one all wrong. Jessica Eye is the underdog in the fight at +115 compared to Jessica-Rose Clark being -145. Eye lost four out of her last five fights but only one of those fights was at Flyweight and that was her lone win. She has always struggled fighting at Bantamweight, where she is 1-5-1 but if you look at her record as a flyweight, she is 11-1. Clark has won her last three fights but you could make an argument that her opponent won each of those fights. She is drastically overrated and I think loses this fight to Jessica Eye.

My underdog play of UFC Fight Night 132 is Donald Cerrone. We went over this play earlier in the article and stand by our opinion. Cerrone is tough at 170 and should dominate this fight early in the first round, to cause issues with Edwards. I don’t see any path to victory for Edwards unless he can hurt Cowboy early and stretch this fight out deep in the later rounds. That leaves Cerrone too many chances to finish this fight.