September Brings Wide Range of News from the Diamond 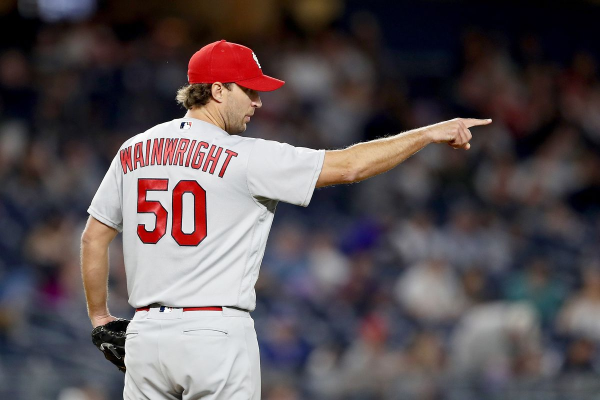 As the baseball season starts drawing to a close, each and every game gets more important for the teams in contention. Let’s check out some of the top stories from the past week you should know about with the playoff races heating up.

Going Under the Knife

Okay, so the Angels aren’t in the playoff hunt, but the news that Shohei Ohtani may require Tommy John surgery is still a big deal. The surgery has not yet been confirmed, but the Angels have started that is the recommendation. Despite the setback as a pitcher, Ohtani continues to mash as a hitter, crushing two home runs on the day the news broke. There is also a report indicating that Ohtani could be able to serve as a DH while recovering from Tommy John, so even if he can’t pitch in 2019, the Angels could still use his services as a hitter.

Friday begins a massive series between the Dodgers and Rockies, just not for Dodgers closer Kenley Jansen. The last time Jansen went to Colorado he had to go on the DL after experiencing an irregular heartbeat. He’s had similar issues on previous trips to elevation, so the Dodgers will keep him at home and lose him for three games rather than risk another episode that keeps him out longer. The Dodgers are currently 1.5 games behind the Rockies for first place in the NL West.

Speaking of closers, the Yankees aren’t sure if Aroldis Chapman is going to make it back at all this season. The Yankees have struggled to rearrange their bullpen since Chapman went to the DL last month with tendinitis in his knee. There are plenty of options in the bullpen, but the Yankees need to find the right pecking order just in case Chapman doesn’t return to his spot at the back of the bullpen.

The Yankees also announced this week that outfielder Clint Frazier won’t be back this season after suffering a setback during his return from a concussion. There is less of a need for Frazier with Andrew McCutchen now in the Bronx. However, he could have proven useful, at least until Aaron Judge returns from his broken wrist.

Early next week, the Cardinals plan to welcome Adam Wainwright back to their rotation. Wainwright hasn’t pitched in the majors in nearly four months because of a balky elbow, but he’s reportedly feeling well enough to give it a go for the stretch run. Wainwright has made seven minor league rehab appearances, throwing 22 shutout innings over that span. Whether he can translate that success to the majors remains to be seen, but the veteran could still make an impact for the Cardinals, who are fighting to secure at least a wild-card spot.

Back on the DL

Just as soon as he got to Cleveland after being traded to the Indians last week, Josh Donaldson went right back on the DL so he can play in minor league rehab games. Fortunately, Cleveland’s double-A affiliate is in the postseason, giving Donaldson a chance to play in more minor league games before he’s activated. Once that happens, he will move MVP candidate Jose Ramirez to second base and force second baseman Jason Kipnis into a competition with Greg Allen for the center field job. The Indians can only hope that Donaldson can make a difference offensively in the playoffs after missing most of the season with a calf injury.

Things have gotten so bad for the Mariners that there was actually a fight in their clubhouse this week. Dee Gordon and Jean Segura reportedly got into a scuffle behind closed doors over an error Gordon made the previous day. Mariners manager Scott Servais tried his best to downplay the incident, mentioning that something like this could possibly galvanize his team down the stretch. However, the Mariners have a lot of ground to make up in the wild-card race, trailing the A’s by 5.5 games.

Longtime Philadelphia Phillies first baseman Ryan Howard officially called it quits this week. In an article in The Players’ Tribune, Howard officially retired. Howard signed minor league deals with both the Braves and Rockies in 2017 but hasn’t played at all this year. His last major league appearance came at the end of the 2016 season. However, his retirement is now official. He ends his career as a .258 hitter with 382 home runs.

Tonight’s NBA betting schedule is lacking in overly compelling matchups, but tonight’s action will also be taking place with a few notable names missing. Booker, Morant, and Lillard Sidelined Tonight and Beyond Booker Out Versus Pistons Due to Hamstring Injury The Phoenix Suns lost Devin Booker (hamstring) on Tuesday against Golden State but closed out END_OF_DOCUMENT_TOKEN_TO_BE_REPLACED