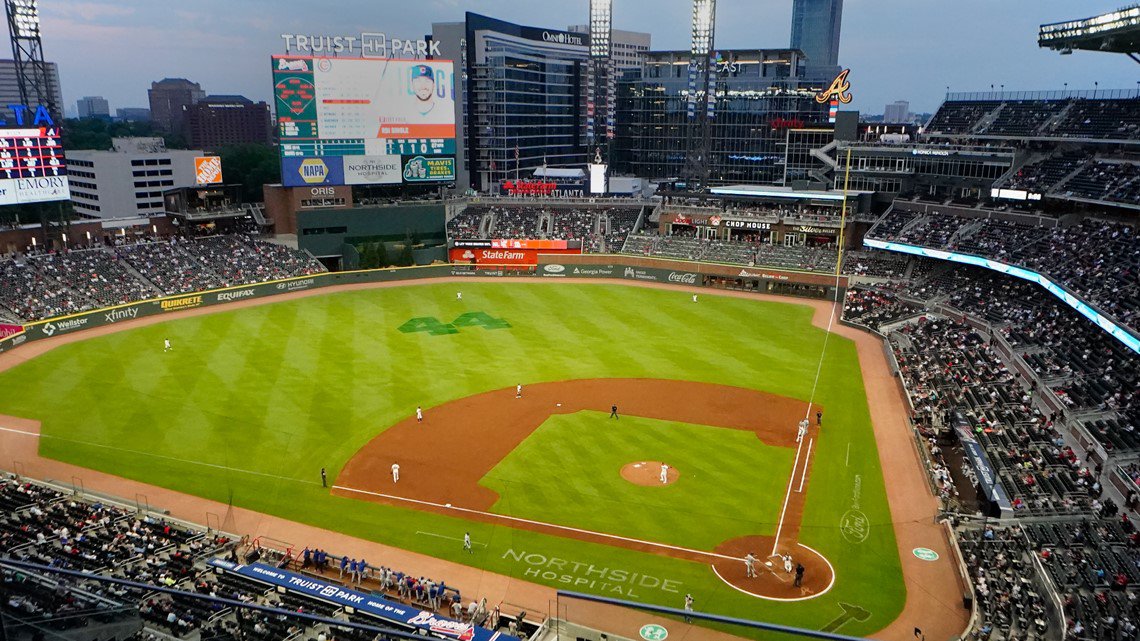 But a challenge lies ahead tonight for the Atlanta area native as he visits Truist Park to take on the defending World Series champion Braves.

Philadelphia went into last week on a high after winning road series against the Seattle Mariners and Los Angeles Dodgers, but the Phils enter this week with things trending in the opposite direction after home series losses against the Padres and Dodgers.

Odds are via FanDuel. Odds from our other reviewed and recommended sportsbooks may also be included in this article.

Given that Wheeler is from the Atlanta area, he will likely have quite a few family members and friends in attendance for tonight’s game.

Unfortunately, history does not favor a warm welcome home for Wheeler.

At the beginning of his MLB career, the righty logged four starts at Turner Field, the Braves’ former home. In those four starts, he went 2-1 with a 1.93 ERA.

That success has not carried over to Truist Park, where Wheeler is 1-5 with a 5.23 ERA in seven starts. With the Phillies, he is 0-2 with a 3.38 ERA in three starts there.

His two starts at Truist Park last season were not horrible compared to a few other starts there, but the Phillies came out on the losing end in both, as was the case in his lone 2020 start there.

Trends from this season don’t favor Wheeler and the visitors as well.

If there is one thing to be hopeful about if you are backing Philadelphia tonight is that Wheeler is 2-0 with a 1.04 ERA in his last four starts, with all three surrendered runs coming in a road start–which the Phillies won–at Dodger Stadium eleven days ago.

Wheeler comes into tonight’s start on a great run, but don’t look for his recent success to result in a win tonight.

The visitors have a clear edge in the pitching matchup, but there are some places and situations that are not favorable for players and teams, and Truist Park is one for Wheeler.

Wheeler has made at least four career starts as an opposing pitcher at nine venues, and Truist Park is the only venue at which he has a losing record.