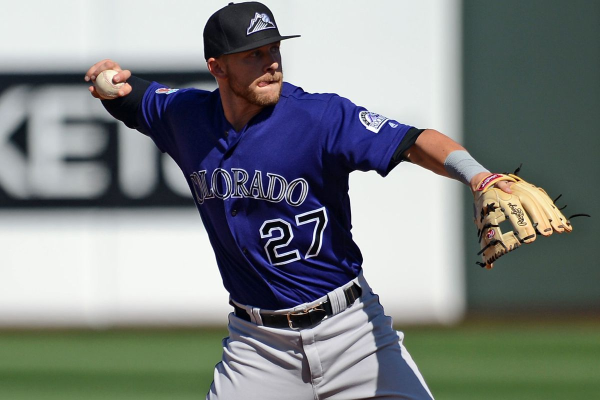 Both of these teams are going to be tired. They both had to play a game 163 on Monday to determine the division winner (both of them lost) and both have to turn around and play for their playoff futures on Wednesday. For the Rockies, they lost 5-2 against the LA Dodgers to concede the NL West crown while the Cubs lost 3-1 to the Brewers to lose the NL Central.

Still, both will have arguably their best pitchers on the mound Wednesday as they play for their playoff lives. For the Rockies, they will send Kyle Freeland (17-7, 2.85 ERA) to the mound to square off with fellow southpaw Jon Lester (18-6, 3.32 ERA). First pitch is scheduled for 8:00 pm ET.

The money line for Tuesday’s wild-card game is set at the Colorado Rockies +121 and the Chicago Cubs -141.

Rockies Hope To Get Bats Going Early On The Road

As great as that list is, that doesn’t even include one of their hottest hitters over the last month, David Dahl. In that span, he is hitting .291/.333/.663 with a .996 OPS. In those 30 days, he has 9 home runs, 27 runs batted in and 15 runs scored. Long story short, the Cubs have to hope for a stellar and deep outing by Jon Lester, because other wise the Rockies might beat up on what is a tired bullpen for the Cubs.

Cubs Hoping For Win So They Can Get Rematch With Brewers

Knowing they just lost the NL Central to them, the Cubs would love to win this game in order to set up a rematch with the Brewers. Despite that, the Cubs know they can’t overlook the Rockies and will look to veteran workhorse, Jon Lester, to get the win. On the season, Lester is 18-6 with a 3.32 ERA, 1.31 WHIP and opponents are hitting .256 against him. In 181.2 innings, he has struck out 149, walked 64 and has allowed 24 home runs. In his last outing, a 3-0 win over the Pirates, he went 6 innings of shutout ball, striking out 3 and walking 4.

On the offensive side, the Cubs are hoping their bats can wake up. On Monday, they were only able to muster 3 hits against the Brewers. Over the last 30 days, probably the hottest hitter has been Anthony Rizzo as he is batting .312/.394/.462 with a .857 OPS. In that time, he has 3 home runs, 15 runs batted in and 14 runs scored. He also hit a blast on Monday, which accounted for the Cubs lone run.

This has just been an odd year for the Cubs. On paper, they look like they should dominate, but they just have shown inconsistencies all season long. It had to have been deflating losing game 163 in their own ballpark and I think there will be some carryover of that on Wednesday. Their bats are struggling and even though I think Lester will pitch well, their bullpen is of major concerns right now.

If Lester can find a way to go really deep in the game they have a chance, but I just like the Rockies in this one. I love their lineup and I think they have the right person on the mound for this one. Take the Rockies as the underdogs +121.