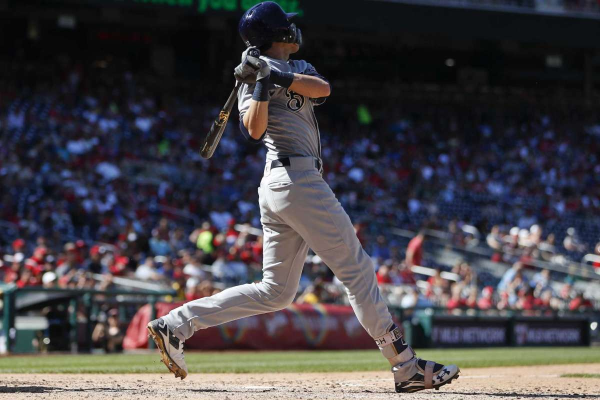 Right now the Chicago Cubs sit comfortably atop the NL Central with a 4 game lead currently, but the Milwaukee Brewers are trying to make it interesting. After a 4-3 win on Monday, and playing the Cubs in 5 of their next 9 games, the Brewers have a big opportunity to try to challenge for the division title.

At 10-5 in their last 15 games, the Brewers (78-61) are playing good ball and probably happy that they are catching the Cubs right now. For the Cubs (81-56), they haven’t been slouches as they have also won 10-5. That likely means this will be an entertaining series, where one or two plays might determine each game.

The money line for Tuesday night’s game is set at ChicagoCubs +105 and the MilwaukeeBrewers -115. The over/under on runs scored is set at 9.

Cubs Look To Put Separation Between Themselves And Division

The Chicago Cubs have the best record in the National League, but if you asked many of their fans, they probably would say that they haven’t played their best baseball of the season. On paper, they seem to have a deeper, more talented team than most of the National League, but they just haven’t been able to stay consistent throughout the season. A large part of that has been a lack of consistency out of their starting rotation.

One pitcher who has helped to pick of the slack this season has been MikeMontgomery, who will take the ball Tuesday night. Originally slated to be a reliever this season, Montgomery has started 14 games for the Cubs. On the season, he is 4-4 with a 3.82 ERA, 1.37 WHIP and opponents are hitting .272 against him. In 103.2 innings, between starting and relieving, he has 67 strikeouts, 33 walks and has allowed 7 home runs.

Making his second start since coming off the disabled list, he went 4.1 innings, allowing 4 earned runs and striking out 6 against the Atlanta Braves.

Offensively, Javier Baez is a legitimate contender for the NLMVP this year. He is hitting .299/.330/.578 with a .908 OPS. He also has 30 home runs, 100 runs batted in, 86 runs scored and 21 stolen bases on the season. Most impressive is that he leads the Cubs in all four of those categories. For his career, mind you in only 4 at bats, he is hitless against Miley with one run batted in.

Bats Heating Up At Right Time

While their pitching has seemed suspect all year long, no one can deny that the Brewers have a very dynamic offense. Leading the way is outfielder Christian Yelich. In the last 30 days, he is hitting .279/.350/.595 with a .944 OPS. In that time, he has 10 home runs, 24 runs batted in and 18 runs scored.

Not to be outdone, leadoff hitter Lorenzo Cain has also been sizzling in that time hitting .360/.429/.490 with a .919 OPS. He has also added 2 home runs, 5 runs batted in, 18 runs scored and 6 stolen bases over the last 30 days.
Taking the mound for the Brew Crew on Tuesday will be Wade Miley.

Brewers Make It Two In A Row

With two teams playing pretty good ball, this might be a flip of a coin in terms of who wins. I don’t really like either of the pitching matchups in this one and really think there is a good chance that a lot of runs are put on the board. With that in mind, I really like the way that the Brewers offense is swinging the bat right now. In their last 10 games they averaging 5.8 runs per game and I think they keep it rolling, trying to tighten the gap on Tuesday. Take the Brewers -115.