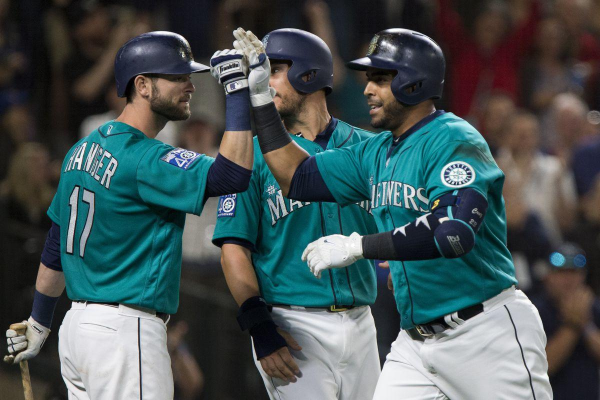 Now this is what you call a hot stove. Over the last week, we’re seeing some major trades getting done in the baseball world. Meanwhile, some of the top free agents are inching closer to making a decision. Let’s catch up on everything that’s happened over the last week.

While a few notable free agents have already signed, Patrick Corbin became the first marquee free agent to come off the board, agreeing to a six-year, $140 million deal with the Nationals. The Yankees and Phillies both made a strong push for Corbin, so signing with Washington was a slight surprise. With Corbin joining Max Scherzer and Stephen Strasburg, the Nationals may have the best rotation trio in baseball.

Signing Corbin wasn’t the only move the Nationals made this week. They also pulled off a trade with the Indians for catcher Yan Gomes. Washington already signed Kurt Suzuki this offseason, but trading for Gomes gives them one of the best two-way catchers in the game. For the Indians, trading Gomes is a clear indication that they’re trying to cut payroll this winter. As part of the trade, the Indians acquired Jefry Rodriguez, a longtime starter who pitched well out of Washington’s bullpen last year, and Daniel Johnson, an outfielder with five-tool potential.

After more than a week of speculation and rumors, the Mets and Mariners completed a trade this week that sent Robinson Cano and Edwin Diaz to New York. In a way, the Mets were really after Diaz, who has emerged as one of the top young closers in the game and is still just 24. Of course, to get him, they also had to acquire Cano and most of his contract. The 36-year old still has five years left on his deal. The Mets are banking that Cano can still give the middle of their order an impact bat, as they are clearly lining up to compete in 2019.

As for the Mariners, they acquired five players in the deal, most notably Jay Bruce and Anthony Swarzek. The Mets were eager to rid themselves of both contracts, although Bruce is still a viable power hitter when healthy while Swarzek should contribute out of the bullpen. Seattle also adds prospects Jerred Kelenac, a five-tool outfielder with a high ceiling, Justin Dunn, who projects as a mid-rotation starter, and Gerson Bautista, who could develop into a late-inning reliever.

Shockingly (not so much), the Mariners were involved in another big trade this week, shipping shortstop Jean Segura and relievers Juan Nicasio and James Pazos to the Phillies for Carlos Santana and J.P. Crawford. Segura will become Philadelphia’s everyday shortstop with Scott Kingery likely moving to second base. However, adding Segura won’t prevent the Phillies from making a strong push to sign Manny Machado.

The Mariners part with Segura’s long-term deal, although they absorb Santana’s two years and $35 million. Seattle will try to flip Santana later this offseason, although that won’t be easy after he had a down year in 2018. However, Crawford likely gives them their shortstop of the future. He had a rough season in 2018, especially after breaking his hand in June. But Crawford was one of the top prospects in all of baseball just a couple of years ago. He’s also 23 and still has plenty of upside and time to get there.

Before the deals involving Cano and Segura, the Mariners made a third trade this past week, sending Alex Colome to the White Sox for catcher Omar Narvaez. The White Sox are a little closer to being a competitive club, so they will surely benefit from having Colome, who has experience as a closer. Narvaez, meanwhile, gives Seattle a young and promising catcher to help replace Mike Zunino, who was traded to the Rays earlier this offseason.

The Padres have signed former Angels ace Garrett Richards to a two-year deal. The caveat is that Richards may not be able to pitch at all in 2019 after having Tommy John surgery. Richards has battled arm and other injuries for several years, but when he’s been healthy, he’s pitched like a frontline starter. San Diego is banking on Richards recovering from surgery and coming back strong in 2020 when they may be a little more ready to compete.

The Dodgers will not be deterred by back-to-back losses in the World Series. On Tuesday, they announced a four-year extension for manager Dave Roberts. The deal will keep Roberts in Dodger blue through the 2022 season, giving the club stability as they continue to chase their first championship since 1988.