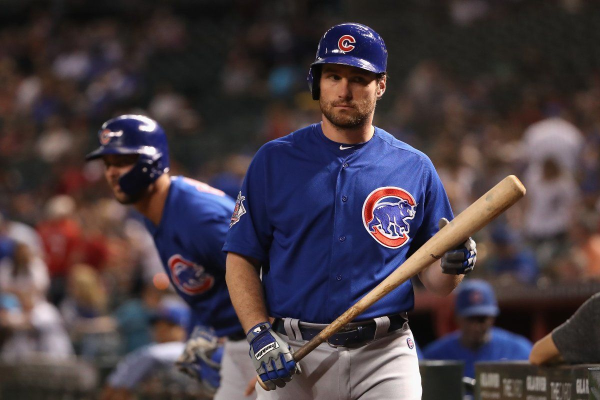 The Winter Meetings are behind us and the usual holiday lull is now upon us, but last week was still a crazy week in the baseball world. Let’s recap all of the important news from the last seven days.

The Dodgers stole headlines last week (and probably not for the last time this offseason) by completing a crazy blockbuster trade with the Reds. Los Angeles is shipping Yasiel Puig, Matt Kemp, Alex Wood, and Kyle Farmer to Cincinnati in exchange for Homer Bailey and a couple of prospects. The Dodgers are expected to release Bailey, meaning this trade was nothing but a salary dump for them, most likely as a way to clear up payroll and space in their outfield in order to sign Bryce Harper.

As for the Reds, they get two productive outfielders in Puig and Kemp, a serviceable backup catcher in Farmer, and a top-of-the-rotation starter in Wood. It’s worth noting that all four players will be free agents after the 2019 season, so this is surely a move to improve in the short-term. However, this may only be the first of several moves the Reds make in an effort to become contenders in the NL Central next season.

While the Mariners have spent much of the offseason trading away players, they made a move this week to acquire Domingo Santana from the Brewers for outfielder Ben Gamel and pitcher Noah Zavolas. Santana was the odd man out in Milwaukee’s outfield last season despite hitting .287 with 30 home runs in 2017. With three years of arbitration left, he’s a long-term asset for Seattle, even if he’ll struggle to find time in the outfield alongside Jay Bruce and Mitch Haniger in 2019. Meanwhile, Gamel will likely serve as Milwaukee’s fourth outfielder this season.

Murphy in the Mountains

Daniel Murphy has signed a two-year deal with the Rockies worth $24 million. After being a second baseman throughout his career, the Rockies intend to use Murphy as their primary first baseman, enabling Ian Desmond to move to the outfield full time. Even if it’s not an ideal fit defensively, Murphy gives the Rockies a veteran left-handed bat who can either serve as a run producer or table-setter.

One of the top relievers on the free agent market is officially off the board. Lefty Andrew Miller has agreed to a two-year, $25 million deal with the Cardinals. Right now, either Miller or Jordan Hicks would be in line to be the St. Louis closer, although the Cardinals would be wise to keep adding to their bullpen, which was one of the worst in the National League last year.

The Athletics re-signed Mike Fiers this week to a two-year deal reportedly worth between $14 and $15 million. Fiers was one of several veterans Oakland used to plug holes at the end of last season on their way to securing a wild-card spot. However, they now have a lot of vacancies in their rotation. Fiers will help the A’s to fill at least one of those spots after a solid 2018 season.

The Once Future King

Signing Fiers wasn’t Oakland’s only move last week. They also orchestrated a three-team trade with the Rangers and Rays to acquire infielder Jurickson Profar. Once considered the top prospect in all of baseball, Profar has struggled to consistent playing time with the Rangers over the years. But the now 25-year old quietly had a breakout season last year, hitting .253 with an OPS of .793. Profar figures to step in as Oakland’s primary second baseman with Jed Lowrie expected to sign elsewhere in free agency. However, he does have some defensive versatility if the A’s need him to play elsewhere.

Soon after signing Matt Harvey, the Angels added another starting pitcher to their rotation by signing Trevor Cahill to a one-year deal worth $9 million. If healthy, Cahill should provide the Angels with a steady mid-rotation or back-end starter. However, the Halos still appear to be lacking top-of-the-rotation starters.

More from the Nationals

Despite making a splash with Patrick Corbin earlier this offseason, the Nationals also signed Anibal Sanchez to a two-year deal with $19 million. Sanchez was excellent with the Braves last season, posting a 2.83 ERA. He’ll give Washington a reliable starter behind the trio of Corbin, Max Scherzer, and Stephen Strasburg. He could also move to the bullpen if Washington’s younger starters emerge as reliable rotation members.