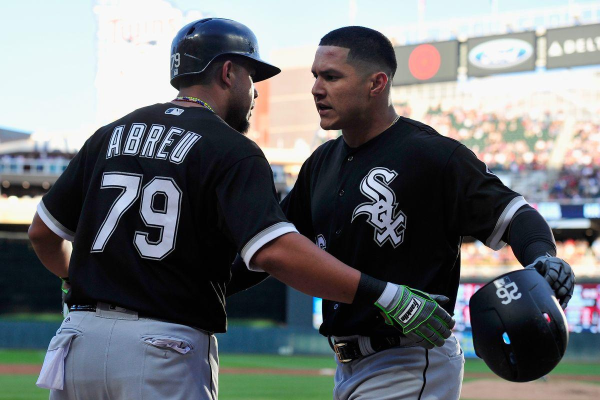 With the MLB Winter Meetings taking place last week, there was a lot going on in the baseball world. Let’s try to catch up on as many signings and trades as possible.

The Orioles finally managed to find a manager, naming Brandon Hyde as their new skipper. Hyde has never managed in the big leagues before but spent the last few years on Joe Maddon’s staff with the Cubs. He inherits a team that’s just starting a massive rebuilding project, so expectations should be modest.

Three for a Tango

The Mariners, Indians, and Rays pulled off an interesting three-team trade just as the Winter Meetings ended. Cleveland re-acquired Carlos Santana, who was recently traded from the Phillies to the Mariners, as well as young slugger Jake Bauers from the Rays. Tampa Bay got young third baseman Yandy Diaz from the Indians. The Mariners got Edwin Encarnacion from Cleveland, although Seattle may try to flip him as they did Santana.

After getting Santana and Bauers, the Indians solved their logjam by trading Yonder Alonso to the White Sox for a rather unheralded prospect. Alonso will pair with Jose Abreu at first base and the DH spots, as the White Sox try to push forward their rebuilding project. Perhaps more importantly, all of Cleveland’s moves mean they may have saved enough money to avoid trading either Corey Kluber or Trevor Bauer.

Happy to be Back

The Yankees have agreed to a reunion with pitcher JA Happ on a two-year deal worth $34 million, plus a vesting option worth $17 million for the 2021 season. Happ will stay in the Bronx after being traded there last summer. He likely completes New York’s rotation alongside James Paxton, Luis Severino, Masahiro Tanaka, and C.C. Sabathia.

The Astros have signed outfielder Michael Brantley to a two-year deal worth $32 million. He gives Houston’s lineup a little balance from the left side and one of the most well-rounded outfielders in the league. The addition of Brantley could also make it easier for the Astros to use top-prospect Kyle Tucker in a trade, most likely for Marlins catcher J.T. Realmuto.

After the Mets did some heavy flirting with the Marlins on Realmuto, they decided to go the free agent route to upgrade behind the plate. The Mets have agreed to a two-year deal worth $19 million for veteran Wilson Ramos. He wasn’t the top catcher on the market, but the Mets got him at a good price and without having to trade away core players to get Realmuto.

The Rays spent some money in free agency this week, signing Charlie Morton for two years and $30 million. Morton was largely overlooked by most teams, but he had a sub-4 ERA with the Astros in each of the past two years and should be worth the money if he can replicate that success in Tampa Bay the next two seasons.

The Angels added first baseman Justin Bour on a one-year, $2.5 million deal last week. He figures to give the Halos some power from the left side. Bour figures to share time at both first base and DH with Albert Pujols and Shohei Ohtani.

Speaking of the Angels, they have agreed to a deal with Matt Harvey for $11 million for one season. Harvey was incredibly average last year, posting a 4.94 ERA. However, he managed to stay healthy and could still have some upside based on his track record before the injuries that have plagued him in recent years.

This year’s market is absolutely loaded with relief pitchers. Let’s finish with a lightning round of the relievers who have switched teams this week.

The Mets have orchestrated a reunion with former closer Jeurys Familia on a three-year deal worth $30 million. The Mets traded Familia to Oakland last summer when they were out of contention. He’s now coming back to Queens, although he won’t be the closer with the Mets trading for Edwin Diaz earlier this offseason.
After winning a World Series ring with the Red Sox, he’s heading west, signing with the Dodgers for three years and $25 million. He will now be the primary setup man for Kenley Jansen, giving the Dodgers a chance to retain one of the best bullpens in the National League.

The Brewers didn’t exactly need bullpen help, but they got some in the form of lefty Alex Claudio. The Brew Crew sent the Rangers their pick in the competitive balance round in next year’s draft, likely the 40th overall pick.