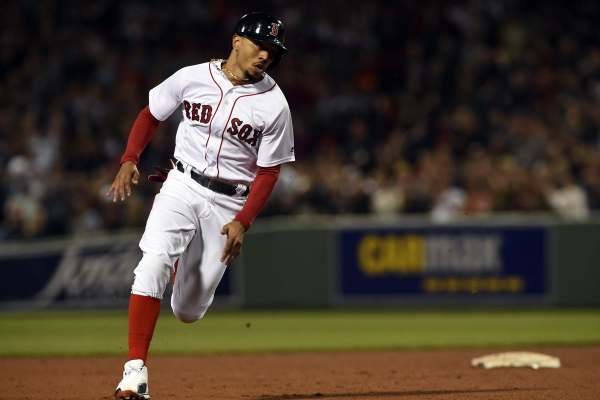 Believe it or not, the MLB season has reached the end of June. This is when things start to get interesting, as the trade deadline approaches and playoff races heat up along with the weather. First, let’s check out what you may have missed over the past week.

The June trade season continued Thursday night when the Red Sox acquired veteran bat Steve Pearce from the Blue Jays.Boston was reportedly looking for a player like Pearce, who just came off the DL a week ago. Pearce has mashed against lefties during his career, and so he could help to spell outfielders Andrew Benintendi and Jackie Bradley Jr., both of whom have struggled to hit southpaws this season. Of course, Bradley has struggled to hit everybody. It’s a minor move but one that could pay off in such a tight division race.

The Arizona Diamondbacks have struggled to overcome some injuries this season, but this week they welcomed back two members of their starting rotation in Shelby Miller and Robbie Ray. Miller returned after undergoing Tommy John surgery last May, and while his first start back didn’t go great, the club is optimistic about him going forward. Ray, meanwhile, logged six shutout innings Wednesday night, albeit against the Marlins, after nearly two months on the shelf. With those two back, Arizona’s rotation is in much better shape to hold off the surging Dodgers.

Injury problems continue to plague the Angels, who learned this week that Zack Cozart will have season-ending shoulder surgery. They could look to add a third baseman via trade if they think they’re still in the playoff race. However, the Halos recently had a six-game losing streak to take them down to fourth place in the AL West.Shoehei Ohtani may be able to return as a better soon, but his status as a pitcher the rest of the season remains up in the air. They also have a dozen players on the DL, not including Mike Trout, who only recently returned to the outfield after being limited to DH duties for more than a week.

Other injuries worth mentioning this week include Blue Jays starter Aaron Sanchez, who could miss up to a month with a finger contusion. The Brewers also sent Lorenzo Cain to the DL with a groin injury, only to have Christian Yelich leave Thursday’s game with a back problem. CarlosCorrea also went on the DL with a back problem, although the Astros don’t appear too concerned about his long-term health. The Red Sox also placed Steven Wright on the DL with a knee injury, which will hurt Boston’s rotation depth with Drew Pomeranz also on the DL.

Not a lot has gone right for the TexasRangers this season, but outfielder Shin-Soo Choo has been one of the silver linings. On Friday, Choo extended his consecutive on-base streak to 41 games. By reaching 41 games, he passed Odubel Herrera for the longest in the majors this season. With two more games, he’ll match Joe Mauer’s streak of 43 games from 2015. Choo is having his best season since coming to Texas in 2014. If there’s a team willing to take his sizable contract, the Rangers could look to trade him as they start rebuilding.

Ten for the Tigers

No team in baseball (not even the Mets) has been as bad lately as the Detroit Tigers, who have now lost 10 consecutive games. The Tigers had actually been doing a nice job of staying within striking distance of the Indians in the AL Central, but the wheels started to fall off after Miguel Cabrera was lost for the season. They remain ahead of both the Royals and WhiteSox in the standings, but even slim hopes of making a run at the Indians appear to be lost. This will only add to the team’s urgency to start selling pieces, increasing speculation that they could trade Michael Fulmer.

We’ll close on a down note, as Mets GM SandyAlderson announced earlier this week that he will take a leave of absence while undergoing treatment for cancer. Alderson was initially diagnosed with cancer in December 2015, a couple months after the Mets won the NationalLeague pennant. He says his cancer returned earlier this year, and with chemotherapy and surgery on the horizon, it’s becoming harder for him to keep up with the day-to-day responsibilities of his job. Alderson, 70, says his prognosis is good, but his words also cast doubt on whether he’ll return to his post, even if he beats cancer for the second time.