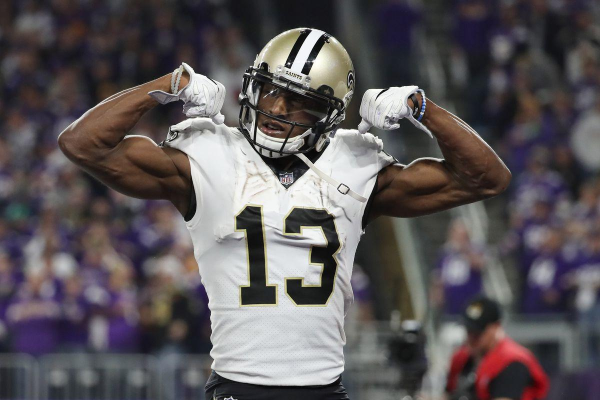 The Los Angeles Angels will host the Toronto Blue Jays for game one of a four game series on Thursday night in Anaheim. This will be the second series between these two teams this season. The Angels took two of three games from the Blue Jays in a series played in Toronto in late May. The Blue Jays look to get some revenge as they head out west to start this long weekend set.

Neither the Angels or Blue Jays appear to factor into the playoff mix in 2018. Both teams have struggled to find any consistency this season, and find themselves struggling to stay with the other teams in their division. The Blue Jays are 15.5 games out of first place in the AL East, while the Angels trail the Houston Astros by 9.5 games in the AL West. The Los Angeles Angels are -153 over the Toronto Blue Jays in game 1 of the series.

Trout Continues to Amaze for Angels

Mike Trout continues to prove each day that he is the best player in baseball, and potentially one of the best players of all time. Trout is on pace to have a historically great season, but has been even better in the past week. The phenom has reached base in 29 of his past 36 plate appearances to raise his on base percentage to a whopping .469. If the Angels don’t turn their season around soon, it appears that Mike Trout will miss the playoffs yet again.

Lefthander Tyler Skaggs will make the start for the Los Angeles Angels in the series opener. Skaggs has had a very solid year up to this point for the Angels, and looks to continue that trend against the Blue Jays. Skaggs has posted a 6-4 record so far this season, and his 2.81 ERA has him just outside the top five in the AmericanLeague. The lefthander beat the Blue Jays earlier this season, going just 5 innings and allowing three earned runs.

The Toronto Blue Jays have struggled to find consistency with their pitching staff in 2018. As a staff, they have a 4.60 ERA, which easily ranks in the bottom third of the league. It doesn’t help that the Blue Jays play in the same division as the Red Sox and Yankees, but their pitching issues go beyond just their division.

Aaron Sanchez will make the start for the Blue Jays in the series opener. The young right hander has struggled through much of 2018, and is just 3-5 with a 4.35 ERA through 14 starts this season. Sanchez pitched well against the Angels earlier this season, allowing just two hits in five shutout innings.

Yangervis Solarte has been the biggest bright spot for the Toronto Blue Jays this season. Solarte is having the best first half of his career, and has really displayed power to lead the Blue Jays offense. Solarte leads the team with 15 home runs and 44 runs batted in this season. The Blue Jays play in a division filled with offensive juggernauts, and they need to find more production from their roster to keep up with these teams.

This should be a very competitive series, with both teams struggling through much of the first half. The series opener features a pair of young starters, who will be squaring off against each other for the second time this season. Toronto hopes that Aaron Sanchez can keep Mike Trout and the rest of the Angels offense off the scoreboard for much of the night. The Blue Jays have the ability to score, but they also must find a way to pitch.

The Los Angeles Angels still have a shot to factor into the Wild Card race in the American League, but they need to start making a run soon. Mike Trout has seemingly done all that he can do for this team, but they still haven’t been able to keep pace with the AL leaders. Trout has been the best player in baseball for a few years now, but what he is doing this season is still otherworldly. Look for Tyler Skaggs to give the Angels a solid outing in the series opener, and for Trout to continue to get on base at a high clip. Bet the Los Angeles -153 over the Toronto Blue Jays on Thursday night.