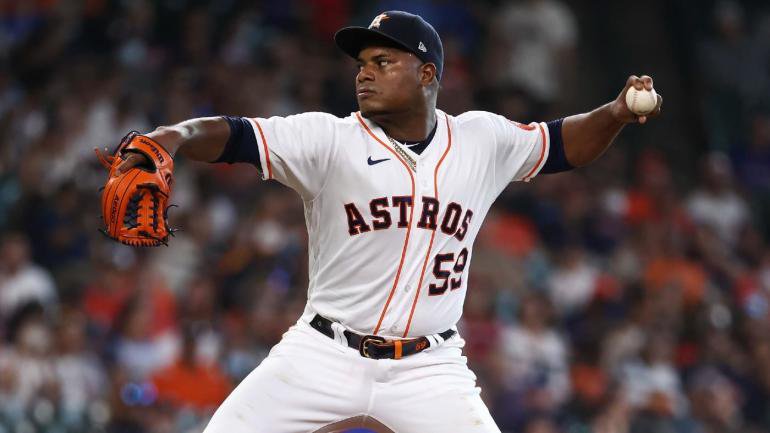 To open what could be a statement stretch for the Houston Astros, they took two from the New York Mets at Minute Maid Park this week in a potential World Series preview.

Next up for the AL West leaders is a trip to the Big Apple to face the New York Yankees in a potential ALCS preview, followed by two games against the Mets at Citi Field and a single game against the Yankees in Houston.

The Astros got off this stretch off to the perfect start with their sweep of the Mets, but can they keep it going against the Yankees, who have lost only two series all season long?

Game odds are via FanDuel. Odds from our other top recommended sportsbooks may also be featured in this article.

Will Continued Consistency from Valdez Bring Results for Houston?

Neither Valdez nor Taillon are getting much love from oddsmakers when it comes to the AL Cy Young Award, with both sitting at +6000 odds at FanDuel entering today.

But those odds could shorten at least somewhat if they both continue to perform. Taillon has had a couple of unimpressive starts in June, but the Yankees have an 11-2 record in his starts this season.

Valdez has become the picture of consistency over the last couple of months. He won only one of his first five starts, but that was almost as much due to poor run support as it was his own performances.

But the Astros are 7-1 in his last eight starts, and he comes into this matchup with ten consecutive quality starts.

For his part, getting his control in check has been a major help. In his first three starts, Valdez had 12 strikeouts and 10 walks. In the ten starts since, he has 58 strikeouts and 18 walks, and he has recorded more strikeouts than walks in each of his last eight starts after doing so only twice in his first five starts.

Improved run support certainly doesn’t hurt his cause either. In his first six starts, the Astros scored only 14 runs and didn’t manage more than three runs in any of the six games.

But in his last seven starts, Houston has scored five or more runs six times. The only game in which they failed to do so was a 5-1 loss to the Miami Marlins almost two weeks ago, when rookie hurler Braxton Garrett and the Marlins bullpen shut them down.

The Yankees are an outstanding team, but they are most certainly not unbeatable. And if there is any team that is well-equipped to beat them, it’s the Astros, who are not going to be intimidated by the atmosphere, situation, or opponent.

And they have their own big hitters as well, as they rank third behind the Yankees (115 homers) and Braves (106) with 93 big flies this season.

Taillon, meanwhile, has a 2.70 ERA both at home and on the road, but hitters are faring better against him at Yankee Stadium (.258 OBA) than in his road starts (.236 OBA).

It’s not easy to bet against the Yankees, but I like Valdez to be excellent tonight and for solid run support to back him up once again as the Astros open their trip to the Bronx with a win.