Around the Diamond: MLB News and Notes for November 14, 2018 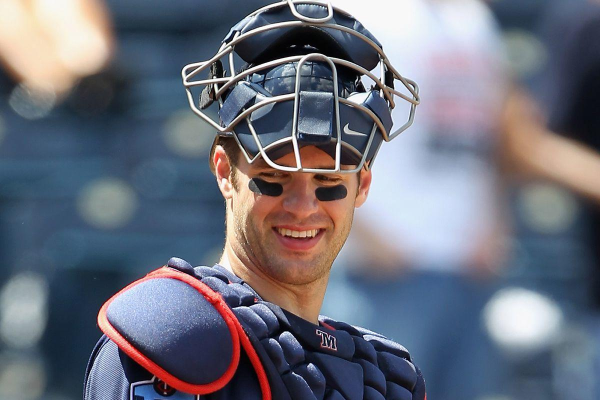 The MLB GM Meetings have come and gone, marking the first major event of the baseball offseason. With the hot stove slowly but surely heating up, let’s take a look at what you may have missed over the past week.

Since Jerry Dipoto took over as GM, the Mariners have made the most trades in baseball, and they made another one this week. Seattle sent catcher Mike Zunino and outfielder Guillermo Heredia to the Tampa Bay Rays for outfielder Mallex Smith. The Rays have a full outfield without the speedy Smith, so he became an expendable player used to give them a viable fourth outfielder in Heredia and one of the best defensive catchers in baseball in Zunino.

The Mariners, meanwhile, will use Smith as their primary center fielder with Dee Gordon moving to second base full time and Robinson Cano becoming the full-time DH. Of course, it also gives Seattle a vacancy behind the plate with no other established catchers on the roster. On the surface, it appears Dipoto and the Mariners will need to make another trade to find a catcher.

Despite declining his option, the Pirates have decided to re-sign Jung Ho Kang to a one-year deal. The deal is worth $3 million plus $2.5 million in incentives, giving Kang a chance to match the $5.5 million he would have made if the club had picked up his option. Of course, Kang missed all of 2017 and most of 2018 while dealing with legal issues in his native South Korea related to a DUI arrest. It’s also unclear what his role will be with the team. Kang could potentially platoon at either third base with Colin Moran or second base with Adam Frazier. However, barring an injury, Kang is unlikely to be an everyday player.

However, there was some griping about Yankees fans with Miguel Andujar and Gleyber Torres finishing a distant second and third, respectively. To be fair, they may have a point. Ohtani, who earned 25 of the 30 first-place votes, was limited to just 10 starts because of injury and had just over 300 at-bats as a hitter. Nevertheless, he accomplished a great deal in that time period.

I Can Manage That

There was even more backlash from the northeastern fan base on Tuesday when Manager of the Year was announced. Oakland’s Bob Melvin won in the American League while Brian Snitker of the Braves won the National League. Naturally, Red Sox fans were livid at Alex Cora finishing second. But keep in mind Melvin guided the A’s to an astounding 97 wins in a year when most expected them to finish last in the AL West and lose 97 games. Snitker was the obvious choice in the National League, although Craig Counsell and Dave Roberts deserve plenty of kudos as well.

But Are You Qualified

Seven free-agents-to-be received a qualifying offer from their team to stay another year for $17.9 million. Of the seven, only Hyun-Jin Ryu of the Dodgers accepted it. With so many injury issues the past few years, Ryu will push free agency back by a year in hopes of staying healthy in 2019 and putting some of those questions behind him. In the meantime, he’ll add to an already deep and talented Los Angeles rotation. Bryce Harper, Patrick Corbin, Craig Kimbel, A.j. Pollock, Yasmani Grandal, and Dallas Keuchel all said no, giving their teams an extra draft pick if they sign with another club.

In addition to all the free agents on the open market, there appear to be several notable players available via trade this offseason. The Mariners are reportedly willing to part with starter James Paxton with the Astros and Yankees the early favorites to land him. The Phillies are apparently pushing hard to trade Carlos Santana, although that may not be so easy. Finally, the White Sox would like to deal Avisail Garcia before the non-tender deadline at the end of November.

We’ll close with Joe Mauer, who officially announced his retirement this past week. Mauer was the first overall pick in the 2001 draft and spent his entire career with the Twins from 2004 to 2018. He was an all-star six times, five-time Silver Slugger winner, three-time Gold Glove winner, three-time batting champion, and was American League MVP in 2009. Mauer retires as a .306 career hitter and should warrant serious consideration for the Hall of Fame a few years down the line. His retirement is truly the end of an era for the Twins.