Around the Diamond: Major League Baseball Betting News and Notes 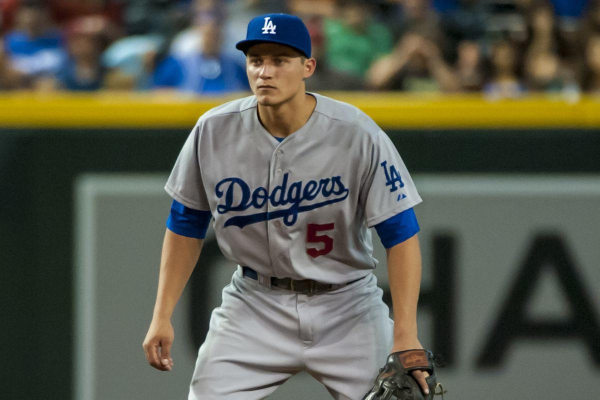 The hot stove season waits for no man. It’s barely been a week since the Red Sox won the World Series and already the MLB offseason is heating up with news involving important players. Here’s what you need to know.

Rather than choosing to opt out of his contract and explore free agency, Clayton Kershaw signed an extension with the Los Angeles Dodgers this week. It’s a three-year deal worth $93 million, which Kershaw signed rather than sticking with the two years and $65 million left on his original deal or hitting the open market. Injuries have held Kershaw back a little in recent years, but when healthy, he’s still one of the elite pitchers in the game.

The Cubs have all but solidified their rotation for next season by picking up the $20 million for 2019 on veteran lefty Cole Hamels. After posting modest numbers in Texas, Hamels was outstanding the final two months of the season after being traded to the Cubs. With Jon Lester, Kyle Hendricks, Jose Quintana, and Yu Darvish joining Hamels, the Cubs should have one of the better rotations in the National League next season.

In a related move, the Cubs shipped lefty Drew Smyly to the Rangers for a player to be named later. Smyly hasn’t pitched in a big league game since 2016 after elbow trouble that ultimately forced him to have Tommy John surgery. However, when healthy, he’s been incredibly effective and could prove useful to Texas as they try to rebuild.

Speaking of the Rangers, they have found the manager to lead them through their upcoming rebuilding project, and it’s Chris Woodward. The longtime big league utility man will get his first crack as a manager after spending the last three seasons with the Dodgers as their third base coach. Of course, Woodward isn’t exactly set up for immediate success in Texas, an organization with a lot of work to do if they want to put a competitive team on the field.

The Yankees were shockingly quick in re-signing veteran outfielder Brett Gardner to a one-year deal. Rather than picking up the $12.5 million option for the 35-year old, the Yankees signed Gardner for $7.5 million. If the Yankees want Giancarlo Stanton getting most of the at-bats at DH, they may need Gardner in left field, depending on the status of Clint Frazier and Jacoby Ellsbury. The move adds to the speculation that the Yankees are not all that serious about being major players in the signing of free agent Bryce Harper.

The Yankees have also reportedly agreed to bring back C.C. Sabathia on a one-year deal. New York’s rotation appears to have several vacancies, especially with Sonny Gray on the trade block. Retaining Sabathia, who is likely to retire after the 2019 season, gives the Yankees some stability in their rotation. However, they are expected to pursue at least one frontline starter either via free agency or trade this offseason.

One pitcher who won’t be seen at all in 2019 is Lance McCullers of the Astros. The club announced on Tuesday that McCullers has undergone Tommy John surgery and won’t pitch at all in 2019. The news was not a shock considering his past elbow trouble. McCullers missed six weeks late in the season and returned in late September pitching out of the bullpen. In any event, it’s a serious blow to Houston’s rotation, especially with Dallas Keuchel and Charlie Morton potentially signing elsewhere in free agency. The duo of Justin Verlander and Gerrit Cole will lead the Astros, but there is now great uncertainty with McCullers sidelined for all of 2019.

While some teams are hiring new managers, a couple of others have decided to retain theirs for a few more years. The White Sox apparently worked out a secret extension with manager Rick Renteria a while back but have not made it public yet. However, GM Rick Hahn did confirm Tuesday that Renteria has been signed to an extension, which means he will stay with the rebuilding White Sox beyond 2019.

Meanwhile, there are reports that the Dodgers are close to signing Dave Roberts to an extension. Roberts has led the Dodgers to the World Series the past two seasons despite coming up short on both occasions. Without an extension, Roberts would enter the 2019 season as a lame-duck manager, something the team would like to avoid.