Around the Diamond for Major League Baseball Betting News: November 21, 2018 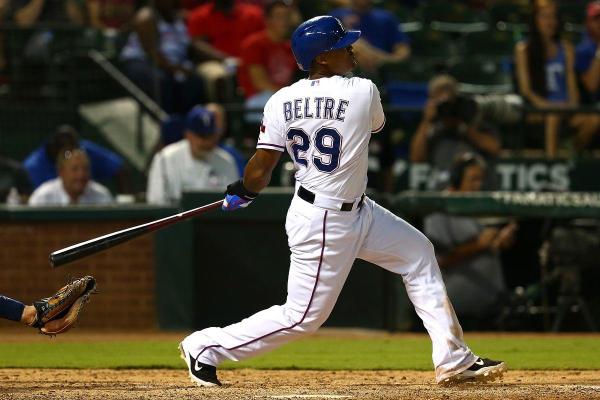 We’re not even to Thanksgiving yet (Happy Turkey Day, BTW) and already the MLB offseason has seen plenty of action. Awards season has wrapped up and we’re starting to see some player movement on an almost daily basis. Let’s catch up on everything from the past week.

The Cy Young awards were handed out last week with Jacob deGrom winning in the National League and Blake Snell in the American League. It was an absolute runaway in the N.L., as deGrom earned 29 of the 30 first-place votes, coming one shy of a unanimous selection. Of course, that tends to happen with a 1.70 ERA. In the A.L., Snell had to hold off a strong challenge from Justin Verlander. Snell had 17 first-place votes to Verlander’s 13, giving the award to Snell despite him pitching the fewest innings of any Cy Young winner.

The MVP award in both leagues turned out to be a run-away decision for the voters. Christian Yelich of the Brewers won in the National League, earning 29 of the 30 first-place votes, with one going to deGrom. Yelich was unreal during the second half of the season, posting a 1.219 OPS after the all-star break while carrying the Brewers all the way to the NLCS. In the American League, Mookie Betts won by nearly as big of a margin. In addition to winning the batting title with a .346 average, Betts hit 32 home runs to help lead the league in slugging percentage and 30 stolen bases. He received 28 of the 30 first-place votes.

Speaking of MVPs, World Series MVP Steve Pearce re-signed with the Red Sox this week on a one-year deal worth $6.25 million. Pearce will likely continue in his role as a platoon partner at first base with Mitch Moreland. Of course, he also offers up a little bit more defensive flexibility than that. More importantly, he crushes left-handed pitching, which is why the Red Sox traded for him last summer in the first place.

Lefty on the Move

The Yankees pulled off a bold move Monday night, trading for Mariners ace James Paxton. New York had to give up three prospects as part of the deal, most notably Justus Sheffield, their top prospect. Many will view it as a steep price to pay, especially since Paxton has just two years of arbitration before free agency. However, Paxton gives the Yankees the frontline starter that they covet to help lead their rotation along with Luis Severino and Masahiro Tanaka. Of course, it wouldn’t be a surprise to see the Yankees add another starter this winter, particularly with a trade of Sonny Gray appearing inevitable.

A couple of teams found solutions to their catching situation this past week. First, the Rangers signed Jeff Mathis to a two-year deal. The 35-year old doesn’t provide much of a punch offensively, but he will provide a veteran presence behind the plate, which should prove useful as the Rangers go through a youth movement and rebuilding phase. Elsewhere, the Nationals agreed to a two-year deal with Kurt Suzuki, poaching him from division-rival Atlanta. Adding Suzuki could indicate that Washington has given up on trying to acquire J.T. Realmuto via trade from the Marlins.

The Houston Astros pulled off a trade over the weekend, acquiring infielder Aledmys Diaz from the Blue Jays for pitching prospect Trent Thornton. Diaz showed off some nice pop this past year, hitting 18 home runs and having a strong offensive showing the second half of the season. He figures to be their primary backup at most infield positions, a need Houston has with Marwin Gonzalez likely leaving in free agency. Remember, both Jose Altuve and Carlos Correa spent time on the DL in 2018, so it’s important for the Astros to have a reliable backup in place. The Blue Jays, meanwhile, had an abundance of infielders, especially considering the talent in their farm system, so Diaz was an expendable piece.

The 2018 season turned out to be the swan song for Texas Rangers third baseman Adrian Beltre, who announced his retirement on Tuesday after 21 seasons. He walks away with 3,166 hits, 477 home runs, and 1,707 RBIs to his name. In a few years time, Beltre is a safe bet to find his way to Cooperstown.