Around the Diamond for Major League Baseball Betting News: December 12, 2018 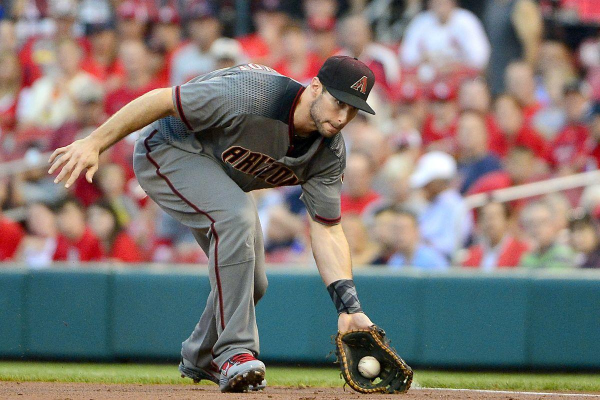 The MLB Winter Meetings are happening this week and that means the baseball offseason is in full swing. There’s a lot going on, so let’s catch up on all the important headlines.

All That Glitters is Goldschmidt

Prior to the winter meetings, the Cardinals made a big move for first baseman Paul Goldschmidt, acquiring him in a trade with Arizona. Considering both offense and defense, Goldschmidt is arguably the most impactful first baseman in baseball, giving St. Louis the middle-of-the-order boost they coveted this winter. Among the pieces going back to the presumably rebuilding Diamondbacks are pitcher Luke Weaver and catcher Carson Kelly. Weaver had a rough 2018 but has proven that he can be a mid-rotation starter. Kelly has also struggled in the majors but was once one of the top catching prospects in all of baseball. Both should be long-term assets to help the D’Backs rebuild.

The Baltimore Orioles finally appear to have found their new manager. Reports indicate that the club will hire Cubs bench coach Brandon Hyde as their new skipper. As of Tuesday night, nothing was official and GM Mike Elias denied those reports. However, there is some indication that the 45-year old Hyde will get his first crack at being a major league manager.

The Red Sox struck a deal late last week to keep Nathan Eovaldi in Boston long-term. Eovaldi was brilliant after being traded to the Red Sox in July, particularly in the postseason. He’ll earn $68 million to stay in Boston for four more years. With Eovaldi being a complementary piece to Chris Sale and David Price, the Red Sox will surely have one of the best rotations in baseball next season.

The Cutch Has Landed

Andrew McCutchen has a new team, and it’s the Philadelphia Phillies. The deal is reportedly worth $50 million over three seasons. While McCutchen is past his prime, he’s still a productive player. The move also opens the door for the Phillies to trade one of their younger outfielders for a player, perhaps J.T. Realmuto of the Marlins. Signing McCutchen also doesn’t preclude the Phillies from making a move for Manny Machado or Bryce Harper.

The Blue Jays made a surprising move on Tuesday when decided to release shortstop Troy Tulowitzki. Toronto is still on the hook for the $38 million remaining on Tulowitzki’s contract over the next two seasons. That’s a lot of money, but the Blue Jays are loaded with infielders in both the majors and upper minors. Tulowitzki, of course, hasn’t played in a big league game since July 2017, missing the entire 2018 campaign after surgery to remove bone spurs from his heels. Despite his extended absence, someone figures to give Tulowitzki another chance since they only have to pay him the major league minimum.

The Twins signed second baseman Jonathan Schoop last week to a one-year deal worth $7.5 million. Schoop is coming off a dreadful 2018 campaign that was split between the Orioles and Brewers, leading Milwaukee to pass on tendering him a contract. However, Schoop was an all-star in 2017 and is still young enough to bounce back and regain that form. With Schoop and Jorge Polanco, the Twins should be strong defensively up the middle while Schoop also provides some pop to help replace Brian Dozier and Eduardo Escobar.

There are several trade rumors surrounding the Indians these days, but Carlos Carrasco is one player who won’t be on the trade block this winter. Carrasco and the Indians have agreed to a four-year extension that will keep him in Cleveland through the 2022 season. There is also a vesting option for the 2023 season. The extension means that Carrasco is staying while Corey Kluber and Trevor Bauer remain on the trade block, as the Indians are trying to cut some payroll heading into 2019.

Sadly, we have to end with the news of last week’s car crash that claimed the lives of former big leaguers Luis Valbuena and Jose Castillo. The pair were in a car accident after a winter league game in their native Venezuela. The car crashed into a rock likely put there by bandits. The car’s chauffeur and former big leaguer Carlos Rivero were also in the vehicle but survived. Valbuena played in the big leagues as recently as this past season before he was released by the Angels in August.

After the Novak (or Novax?) Djokovic visa saga dominated pre-tournament headlines, we can finally look forward to some on-court headlines as the Australian Open gets underway. Djokovic news has taken the focus off of the tournament, which is certainly understandable. After all, the fate of the world number one and top seed would significantly impact END_OF_DOCUMENT_TOKEN_TO_BE_REPLACED