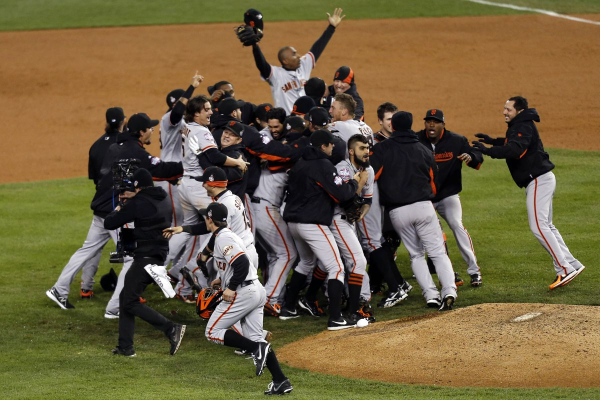 We’ve reached the halfway point in this year’s Major League Baseball season and the second half and playoffs promise to be even better. And that means it’s a great time to check in on the 2018 World Series Futures. We now some data about these teams to inform our future’s picks. Plus, it is still early enough to get the good odds we need to collect a good payout. Some of the usual suspects are at the top of our list but there is plenty of value up and down the board. It is a great time for the league as there is not only a ton of young talent taking the diamond everyday, there’s also a group of great baseball teams with the ability to take the Series.

The Astros have definitely picked up where they left off last year. The hitting, pitching, and defense is all there and playing well enough to go back to back. The big difference maker though could be their starting pitching. Not only do they get a full year of JustinVerlander, who they picked up at last year’s trade deadline, but now, they also throw Gerrit Cole out there every fifth day. Once the playoffs roll around, it’ll be tough to take four of a seven game series and +375 is a solid number for such a solid team showing no signs of a championship hangover.

The Yankees get the second spot on our list thanks to their slugging and their bullpen. The starting pitching remains a big question mark though. You can expect the Yankees to attempt to rectify that before or at the trading deadline. But until that happens, and if that/those pitcher/pitchers is/are able to perform, the Yankees are a bad bet at +400.

The Red Sox enjoyed the best start in franchise history this season and haven’t really looked back as they are on pace for well over 100 wins. J.D. Martinez has been the difference maker this year. This guy is murdering the ball and has MVP written all over him. They have the starters and bullpen as well to do damage in October. +675 is a great number right now.

The Dodgers had a terrible start out of the gate but look to be rounding into shape for the second half of the season. In their defense, they were dogged with injuries to start the year. Their Disabled List looked like an All-Star roster in May. But the summer is here and Matt Kemp is having a helluva year in L.A. +750 is a great number for this good of a team we haven’t seen the best of yet.

The Cubbies at +850 is definitely the best value on the board. They are in second place right now and have been inconsistent much of the first half. However, when this team puts it together, they put it together. They have the pitching, hitting, and defense you need to win it all and they also have the experience being only a season removed from their own World Series. Joe Maddon and company will be in the playoffs and they will be tough to beat.

The Nats knew having BryceHarper in a contract year was going to be dramatic but the upside was he would put on an offensive firework show all year long. But what happens if that doesn’t happen? At all. Harper’s up and mostly down year is costing him millions and costing the Nationals wins. The second half of their season only looks tougher too so +950 and the Nationals are to be avoided.

The Tribe won’t have any problems making it to the playoffs this year that’s for sure. Playing in one of the weakest division in the Majors will do that. They’ll win the division going away. And because anything can happen in the playoffs, this team has some great value at +1000. Their offense is a tough out one through nine and they have the starters and bullpen to get the outs. We know they will be playing in October but will they be hot enough for a run at the Series. +1000 is worth the risk to find out.