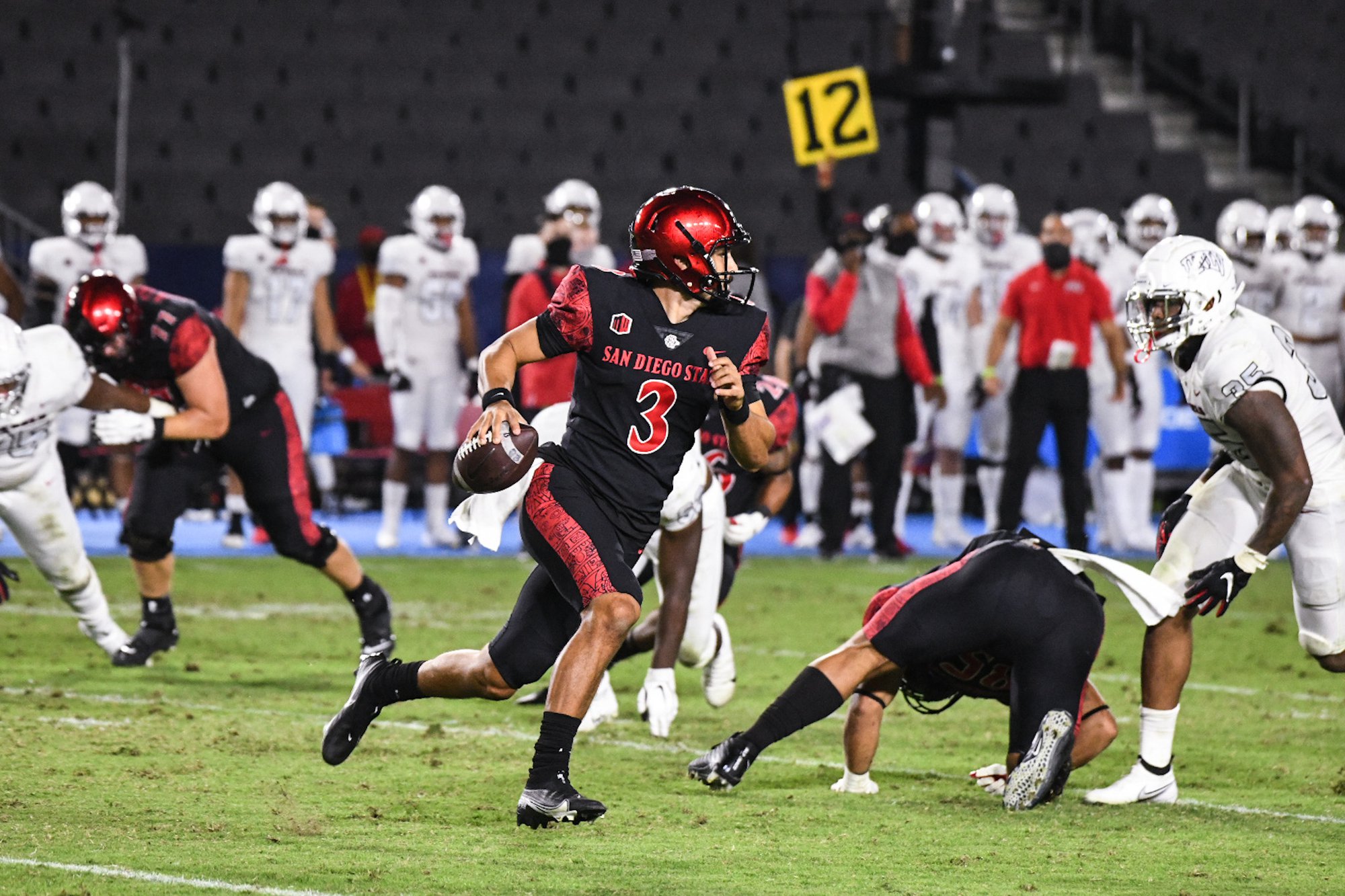 San Diego State is one of 13 teams in major college football that start the week without a loss. They are not quite on the national radar though because they started unranked.

San Jose State was the darling of the Mountain West last season. They are competitive once again this season, but the magic hasn’t been there.

The Aztecs are a defense-first team, so even when they are playing well they do not always pull away. An upset in this spot would not be a total shock.

Brady Hoke is in his second tour at SDSU and not much has changed. The Aztecs continue to have success, especially against Pac-12 opponents. They have beaten Arizona and Utah this season, but those programs are down so those wins did not draw as much attention as they might normally.

This team is one of the best in college football in running the ball and playing defense. They are 13th in the nation in rushing, averaging more than 240 yards per game on the ground. Amazingly they are winning games even though they throw for just 128 yards per game. The only programs close to that level of imbalance usually are the service academies. That might trip them up in a game eventually but based on that spread this does not look to be the spot.

That is because the Aztecs are elite on defense. They give up only 50 yards per game on the ground and are sixth in the FBS in total yards. They yield 16 points per game, so even though they are offensively challenged it has not hurt them. This will be just their second road game of the season, but San Jose State is not the same challenge they were a year ago. The Aztecs have covered in four straight games. Will they make it five?

Spartans Struggling for Form Without Starkel

Last year San Jose State was one of the best stories in the game. Not only were they winning for the first time in a while but they were doing so under extreme circumstances, playing and practicing almost exclusively on the road. This season, even with so much coming back it has been more of a struggle. What has definitely not helped is that they have been playing without super senior QB Nick Starkel. He has missed the last three games and is questionable for this one. The offense has really struggled this season and comes in averaging just 20 points per game. They are 114th in FBS in yards per game, and that is not because they have been playing strong defenses. In fact, SDSU is probably the best defense they will face this season.

The Spartans' own defense might not be elite, but it is uniform. They are ranked in the 60s against the run, against the pass, in total yards allowed, and in total points. Every team that faces the Aztecs gets a little bit of a break because their offense is not very good, but we have not seen much to make us think San Jose State is going to stand firm on Friday night. They should be in range for most of the game though.

I love betting the Aztecs as underdogs or small favorites but they can drive you nuts as more substantial faves because they just don’t score easily. This handicap comes down to the belief that they are probably going to hold the Spartans to just a couple of scores. If they can do that then the Aztecs should cover this number. They will make you sweat though. Look at the 1st half-line which should be under a touchdown too. That might be a better value.

The 2022 French Open is underway at Stade Roland Garros in Paris, France, and we are already almost through the first week of play. Tomorrow, the remaining third-round matches will take place, after which the men’s and women’s singles draws will be down to their final 16 contenders. In both men’s and women’s singles, there END_OF_DOCUMENT_TOKEN_TO_BE_REPLACED