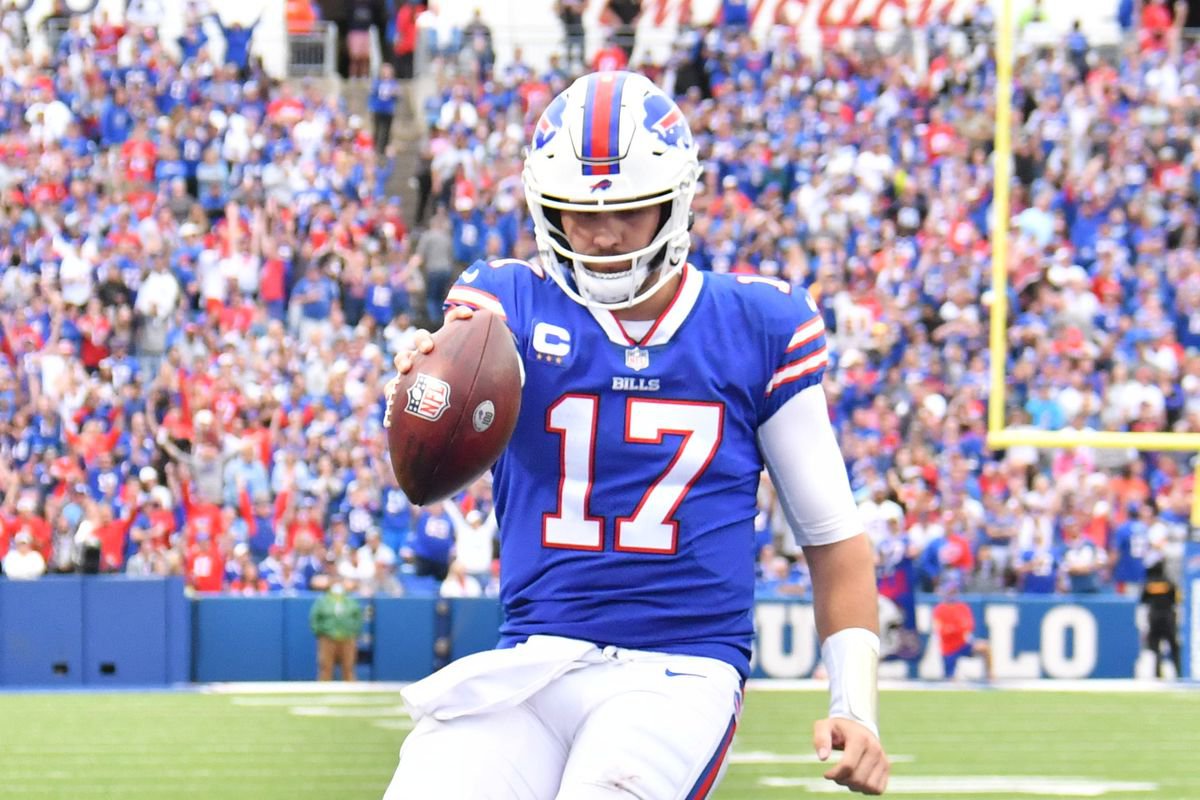 The Buffalo Bills scored only six points last week in a loss to the Jacksonville Jaguars. If you could have forecasted that outcome, you could have made a lot of money in the fantasy football and regular NFL betting markets. This week I am looking for a return to normalcy all across the league. But judging by the Dolphins upsetting the Ravens to open Week 10, we could be in for another weird week.

Wentz threw three TD passes last week against the Jets last week. He takes heat and often deserves it, but at the same time, he has been really good this season and bounced back from that disaster of a game against Tennessee. Against a light Jags defense, he should put up good numbers.

I am not a believer in Jones. Last week the Patriots won easily even though Jones thew for less than 200 yards in the win. He has more games with an interception than not this season. Cleveland can bring the heat on passers too.

New Orleans’ defense is great against the run and less so against the pass. Despite that, I think the Saints can have success against the Titans, a team that has to try and run to keep their offense on schedule. When they set up tougher passing conversion spots the Saints will have more success.

Kamara is a guy that can single-handedly win your week. I like that he has scored in four straight games, and the game before that he ran for 120 yards. With the QB position in flux in New Orleans, it is even more advisable to get the ball in his hands as much as possible and see what happens.

Things could not have gone worse for the Bills last week against the Jags. This week look for a back-to-basics approach that means actually running the ball with the running backs. The elusive Singletary has had his best games against lighter competition. This looks like that for sure.

Boston Scott is getting the primary runner role by default in Philadelphia. The Eagles have not been using their running backs much this season and it is hard to see them the emphasizing the run game, or having success with it, against a good defensive team like the Broncos.

I generally like the way that the Jets are giving Carter more opportunities. I just think the Bills are going to really bottle up the Jets this weekend. Last week the defense was just fine in the loss in Jacksonville. Once they build a nice lead the Jets will be forced to look further down the field and abandon the running game.

Similar to the Carter analysis above I am looking for the Bills to have a dominant performance against the Jets this week. That includes Josh Allen connecting often with his top receiver. There might be lots of open receivers for Allen this weekend, but there is no reason not to feed your top target.

Renfrow is one of those guys who seems to always be open, like Wes Welker back in the day for the Pats. With Henry Ruggs gone, there are just more balls available for the rest of the receiving group and Renfrow is the guy I like to benefit the most. Kansas City doesn’t cover anyone either.

DeAndre Hopkins is back; that alone means that the other Arizona receivers are going to see less balls. Arizona has emerging weapons in Christian Kirk and Rondale Moore, so Green is almost never going to be the first option. The Carolina defense has been sliding, but their secondary has some players.

Another Philly fade here. I am looking for the Broncos to be all in on harassing Jalen Hurts in this game. Smith has been better than expected, but he is a guy that needs the offense in rhythm for him to be a factor. He is not going to be as valuable with Hurts running for his life.

Apologies for some of these plays being linked, but one of the reasons Green is less valuable is the presence of Ertz. He might not be the most dynamic tight end, but he is in that next tier. He has gotten at least a few catches in every game, but look for him to get more action this week. Carolina doesn't have the linebackers to defend him well.

Tom Brady has been great this season but against Washington I think they are going to ask Gronk to stay in and block more against a strong defensive line. As long as Brady has time, they don’t have to do anything special to get the win on Sunday. He is also dealing with a rib injury.

It is easy to fade the Lions offense for sure. I think Pittsburgh might be undervalued after Monday’s win where they gave up 27 points to Chicago but still pulled out the win. Pittsburgh’s defense is as good as any in the league and this is as favorable of a matchup as you can get. No need to overthink it.

The Chiefs are not quite back, but any week they could be. This is a huge game and the Raiders have played the Chiefs well over the last couple of seasons. But it has not been because they have a formula for success against Patrick Mahomes. They are just good at matching Kansas City.

The 2022 French Open is underway at Stade Roland Garros in Paris, France, and we are already almost through the first week of play. Tomorrow, the remaining third-round matches will take place, after which the men’s and women’s singles draws will be down to their final 16 contenders. In both men’s and women’s singles, there END_OF_DOCUMENT_TOKEN_TO_BE_REPLACED