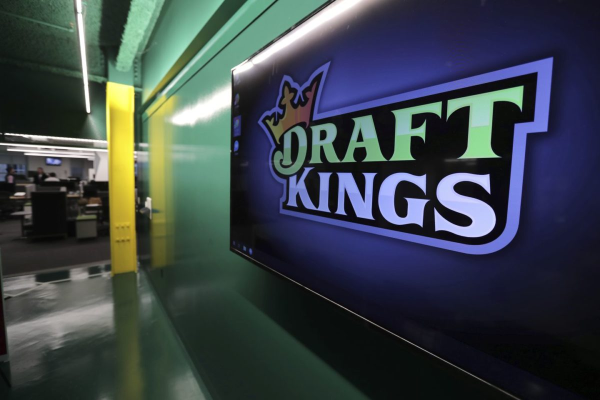 The New Hampshire state government has voted in favor of making Draft Kings the sole supplier of regulated sports betting in the state, giving the company a stranglehold on betting in that state and a massive win against its competition.

Under the terms of the agreement, Draft Kings will open and operate a minimum of four retail sports betting locations with a maximum of ten allowed. They will also be the sole mobile and online operator in the state, giving it yet another huge advantage.

Speed to market now seems to be the biggest driver for New Hampshire. Governor Chris Sununu is a big proponent of regulated sports betting, and he is clearly pleased with this result. We moved fast to get this done, and the deal is a win for New Hampshire,” he said in a statement. “We are partnering with a world-class company to provide a first-rate customer service experience. With today’s vote, everyone will now be able to bet on Tom Brady and the New England Patriots in time for this year’s Super Bowl.”

That statement also seemed to provide a timeline on when we can anticipate regulated sports betting in New Hampshire – With the Superbowl coming up quickly, it is likely that Draft Kings will put up some temporary retail facilities as well as launching mobile and online very early on in 2020.

Draft Kings, known for its online Daily Fantasy Sports product, has had to get into the retail sports betting game to be selected in many states. While this is nothing new for them as they head into New Hampshire, it feels as though this is their way of thanking the government for choosing them as the only supplier in the state. These retail sportsbooks will employ local residents, which is, of course, a good thing for the state as a whole.

However, while Draft Kings will comply and build out these retail shops, the expectation is that the majority of the betting will take place online and on mobile. This has held true to form in all the states that have launched mobile and online betting, with the split being as high as 80% from those channels in states like New Jersey. There is no reason to believe it will be any different in this scenario.

A big win for Draft Kings

While the revenues that come from a small state like New Hampshire may be closer to a rounding error for Draft Kings, it was the selection itself that was the big win. There had been 13 proposals from sports betting vendors presented to the Executive Committee, including from heated competitors like William Hill and Fanduel. For Draft Kings to come out on top with the only sports betting license shows the continued improvement in the product and operations of one of the market leaders.

One interesting fact about this decision is that the state does have the option to offer other licenses down the road. If they do, however, they will give up a drastic difference in revenue share. In the current model, Draft Kings will pay 51% of the online and mobile NGR and 50% of retail, but if a new license is granted, that will drop to 21% across the board. There is no doubt Draft Kings will be doing whatever it takes to hold on to the monopoly for as long as it takes.

What’s next for neighboring states?

It is difficult to say how the New Hampshire model will affect neighboring states in their push towards sports betting legislation. There are many people who do not like the structure of this deal, so we aren’t likely to see anything copied in new legislation. States like Connecticut have been embroiled in debate about sports betting ever since PASPA was repealed, and it sounds like they will take another crack at passing a bill in the new legislative session in January. Massachusetts (Draft Kings home state) will likely follow suit now that they have their land-based casinos sorted out, and Maine and Vermont don’t seem to be in a rush to make any moves.

For now, all eyes will be on New Hampshire in the Northeast – will a monopoly for Draft Kings be successful? Will there be a push to launch before Superbowl? Will Chris Sununu be able to bet on his beloved Patriots in the big game (that may be the biggest stretch..)? All these questions will be answered soon enough.