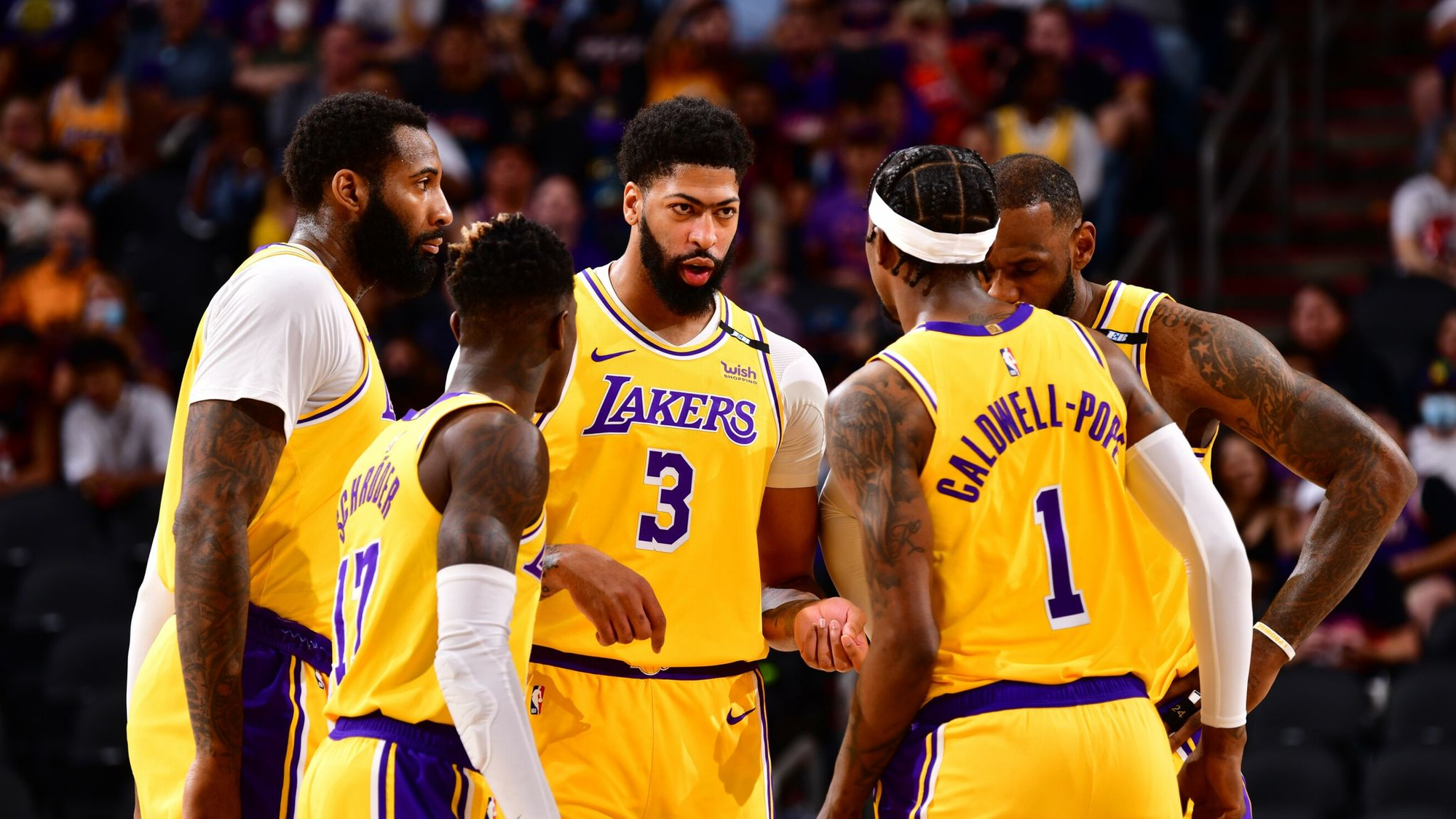 The NBA playoffs, as usual, have proved to be unpredictable in 2021.

The surprising early results have served to alter the betting numbers associated with the series prices and those regarding the NBA Finals winner, too.

Here is a fresh look at the top three NBA playoff series in terms of expectations and reality.

The Phoenix Suns, plagued by a bad-luck history, try to find momentum against the Los Angeles Lakers

This series, tied at 1 with the next game scheduled for Thursday in Los Angeles, is considered by many to already be over. The key wagering concern: the health of Suns All-Star Chris Paul.

The Suns’ bad luck in the NBA playoffs is nothing new, though that’s not really an aspect to be considered when placing a bet.

Longtime Phoenix fans remember Joe Johnson’s broken face, Steve Nash’s broken nose, the Robert Horry hip check that caused Amar’e Stoudemire to leave the bench and receive a suspension … and on and on.

A return to the postseason following an 11-year absence did nothing to change the franchise’s bad luck – which includes the infamous coin flip that fell the wrong way and prevented Phoenix from drafting Lew Alcindor (later Kareem Abdul-Jabbar).

First, the NBA’s playoff seeding conspired to land the Lakers, whose LeBron James and Anthony Davis missed considerable time because of injuries, in the No. 7 spot.

The No. 2 Suns missed the top spot by one game and drew the Western Conference favorites (despite L.A.’s No. 7 seeding).

In an impressive Game 1 win, Paul suffered a shoulder “stinger” that made him largely useless in a Game 2 loss.

On Wednesday, FanDuel had the Lakers as a big –270 favorite to win Game 3, favored by 6 ½ points.

But wait, the time to chase value on Phoenix is not now.

The strategy, for interested NBA playoffs bettors, could be to wait for a seemingly inevitable Game 3 loss in which Paul probably would remain ineffective or out. At that point, the Lakers would lead 2-1 and probably see their series odds shed more value. The Suns, meanwhile would have two days off before Sunday’s Game 4 in L.A.

Unless Paul’s injury is serious and the team rules him out, the stellar point guard could be back to near full health – and that makes the Suns a live underdog at a price even better than today.

The ‘other L.A. team’ is having some serious trouble

While the Lakers appear on solid footing, the co-Staples Center tenant Clippers have dropped the first two games of their series with the Dallas Mavericks and appear unlikely to avoid another embarrassing postseason result.

In last season’s NBA playoffs, the Clippers choked away a 3-1 series lead over Denver in the West semifinals, with two of those final three defeats at home.

Heading into Game 3 on Friday, though, potential investors are likely considering whether the Clippers have had enough of this – that they are ready to flip a switch.

If there is enough belief, there certainly are generous odds to shop.

Los Angeles, heavy favorites just a few days ago, were at +225 on FanDuel Sportsbook to win their first-round series. Dallas is a -290 favorite.

The Mavericks, who host Games 3 and 4, could be seen as vulnerable. The adjustments sure to come from the Clippers could bring a Game 3 win, and if that happens, the series could be considered just about even.

Now is the time to strike for Clippers backers.

Clippers stars Kawhi Leonard and Paul George could very well figure it out and, if the Mavs’ Luka Doncic is anything less than his usual spectacular self, Game 3 could be a tossup.

The Clippers entered the series with -430 odds, so the huge swing to +225 carries some intrigue.

The Western Conference odds at BetMGM now have the Clippers as +700, and history is working against L.A., which, after falling behind 0-2, now has a 93.7 percent chance – per NBA history — of being eliminated.

The Nets have been sensational in their series with the struggling Boston Celtics, rolling to a 2-0 lead and gaining favor with sportsbooks everywhere. Westgate lists Brooklyn at –20000 to win the Celtics series, so that appears a foregone conclusion.

With Kevin Durant, James Harden and Kyrie Irving finally able to play at the same time, Brooklyn has surged to cement its favorite’s position at +180 to win NBA title.

If you want to bet on the Eastern Conference but have no interest in the Nets at that number, though, the Milwaukee Bucks are quietly improving.

Leading the Miami Heat 2-0, the Bucks appear poised to move into Round 2 of the NBA playoffs against the Philadelphia 76ers-Washington Wizards winner, with Game 3 Thursday in Miami.

The Bucks’ Khris Middleton delivered the Game 1 winner on a buzzer-beater, and Milwaukee cruised in Game 2, hitting a staggering 22 of 53 from 3-point range—the most ever by a team in a playoff game.

The Nets hype has served to boost the Bucks’ odds, too. At DraftKings, Milwaukee’s NBA title price has come down from +800 to +600, but that’s amazing value if you believe they will reach the conference finals and meet Brooklyn.

A team with the defending MVP and a chip on its shoulder provides some real reasons to take the leap.