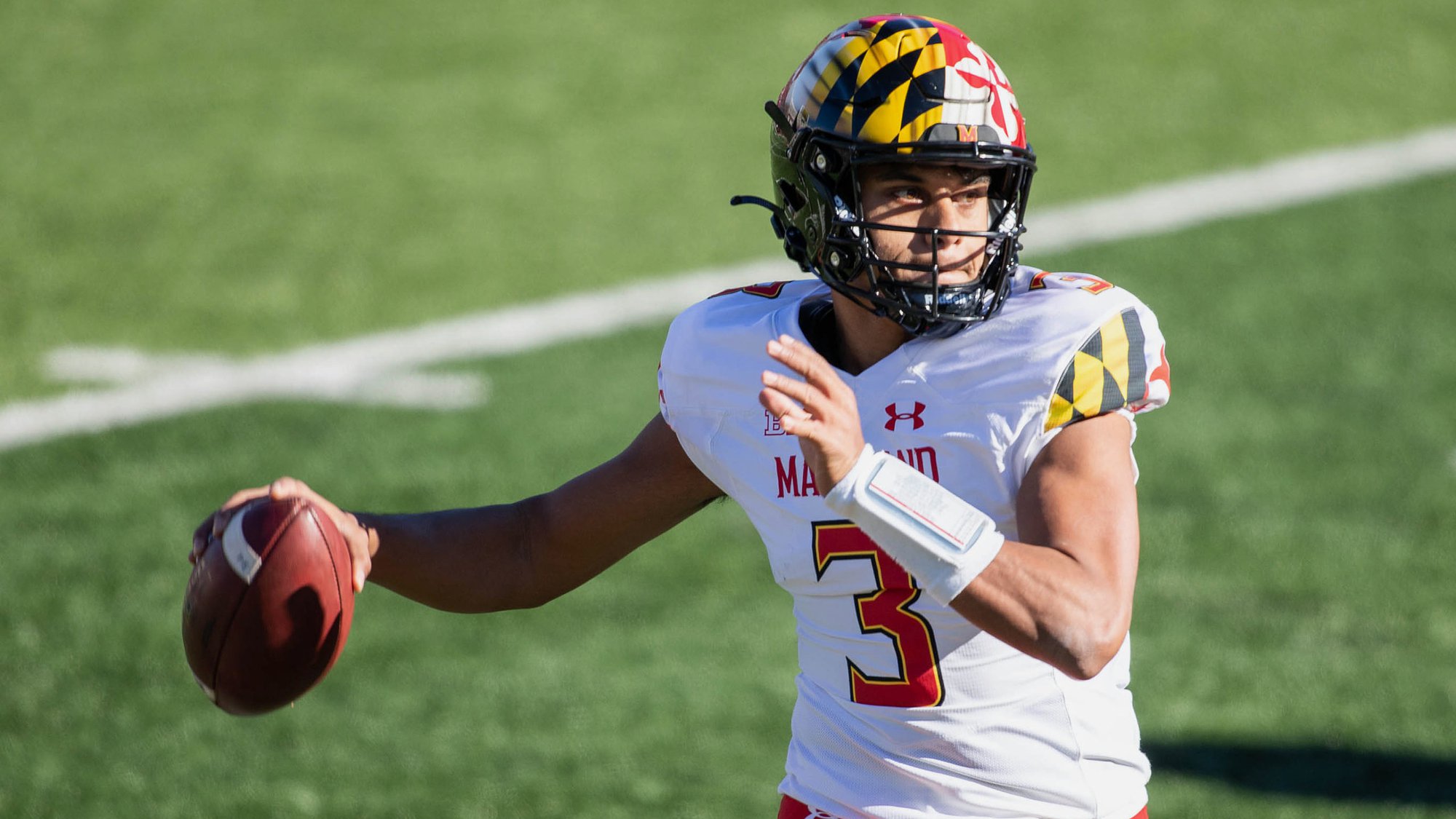 Both of these Big Ten teams are undefeated heading into Week 5 of the college football season. Maryland has a chance to make a big statement at home against the Hawkeyes, who are aiming to maintain their perfect record with Penn State visiting Iowa City next week.

Iowa did not look great last week in a game they should have won more handily. They won though, which might be all that matters in this wild season. Just keep winning and the College Football Playoff could await.

If the Terps are truly on the rise, this is a game where they should compete from start to finish. I am curious if they can challenge one of the nation’s best defenses.

Iowa Hawkeyes vs. Maryland Terrapins college football betting odds are via FanDuel Sportsbook as of Friday, October 1, 2021 at 10:50 a.m. ET.

The Hawkeyes might win all of their Big Ten games this season. They look good enough to do so, but that doesn’t mean it will be pretty. In fact, they were far from excellent in beating struggling Colorado State last week. They were actually losing to the Rams at halftime but held the Rams scoreless in the second half in a 24-14 win.

The offense was stagnant all game long against Colorado State. They made a couple of big plays but should have been able to create more offense against a bad team. They might be in big trouble next week against Penn State. Heck, I think they are in trouble this week.

Iowa’s defense has been very good all season long, allowing an average of just 11 points per game. Maryland will present a distinct challenge as they have the best passing offense the Hawkeyes have faced so far. The Hawkeyes are playing complementary football, but this will be the biggest test for their defense. They are winning by an average of 17 points per game, but the defense has little leeway because the offense has yet to prove it can efficiently move the ball and put up points.

Maryland Looking to Make a Splash

Maryland would probably be getting more love if West Virginia had beaten Oklahoma last week. The Terps beat the Mountaineers in Week 1, a game that has aged pretty well given how they were able to score 30 points against the WVU defense.

Since then the opponents have been light but Maryland has continued to win thanks to QB Taulia Tagovailoa and a passing attack that is 8th in the country. They are averaging 37 points per game, and matching that tonight would likely bring the program a huge win. It should be a good atmosphere too; I can’t remember the last time Maryland played a top-ranked team and was expected to compete.

So far the Maryland defense has been good enough too, only giving up 14 points per game. In their last game, they did give up over 450 yards to a high-powered Kent State offense, but they held the Golden Flashes to only 16 points.

This has been a wild season so far. I like the home side here but I actually don’t think it will be that much of an upset if they win outright. Maryland is a strong offensive team and they are going to have to be sharp against a stingy Iowa defense. Their ability to get some chunk plays will be the key. When they get points they force the Iowa offense to take some chances, and that makes them uncomfortable. Grab the points but sprinkle a little on the ML too. I am curious what the markets will be like on this one as it is a really good game on a Friday night. That hook is valuable.

It has been a miserable month for the Seattle Mariners, and things are unlikely to get any better tonight as they welcome AL Cy Young Award favorite Justin Verlander and the Houston Astros to T-Mobile Park. After just missing out on the MLB playoffs last season, the Mariners entered this season with hopes of finally END_OF_DOCUMENT_TOKEN_TO_BE_REPLACED