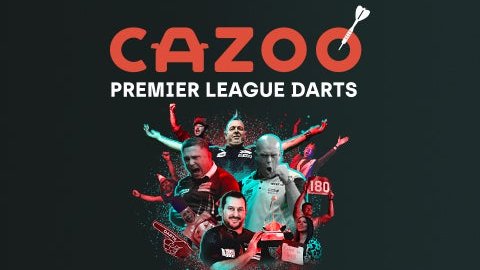 The Premier League Darts is back on our TV screens on Thursday as we enter what could prove to be a crucial 12th night of the season.

The sport’s top players are all back in action, and if this week’s play gets anywhere close to the drama we saw last Thursday in the Scottish city of Aberdeen, armchair fans and the enthusiastic crowd will be spoiled.

This is fast becoming the most fascinating and unpredictable campaign we have seen from the Premier League for many years, possibly ever.

It has its critics, of course, and if you aren’t a big darts fan, then this probably isn’t for you. But if you are one of the millions worldwide who love professional darts and the PDC, you’ll be counting down the hours until the stars of the show are back at the oche.

Dublin provides the setting for Night 12

Aberdeen gave us thrills and spills with some high-profile upsets thrown into the mix, just to keep everyone on their toes. We are now into the latter stages, with Dublin providing the backdrop, and there are some mouth-watering games on the schedule, including a top of the bill tussle involving Jonny Clayton and Peter Wright.

That’s sure to get supporters at the arena up and out of their seats, cheering on the players. But who will steal the headlines and boost their chances of winning the trophy, etching their name into the history books?

That remains to be seen, but there are a few things you can do to increase your chances of correctly predicting the outcome of Thursday’s matches.

Shrewd darts backers will be busy pouring over the form, studying the stats and measuring the head-to-head scores. Darts is no different to any other sport in that the more research you do and the more time you put in, the better chance you’ll have of calling the results.

If like so many other sports fans, you are pressed for time and struggle to do the research needed to make strong predictions, there’s no need to worry. We are here to help.

We have previewed each match individually, giving our predictions on how we expect the results to go. You can take our picks on board or use our selections alongside your own.

The tips can be backed as singles or added to a Thursday parlay with the intention of spicing up your viewing and targeting a nice win from your favourite bookmaker.

Odds listed in this article are via FanDuel, except for Clayton vs. Wright, which is from PointsBet.

What a game we have in store here, and there’s no reason why the eventual winner of this competition won’t feature in this game.

Both the Machine and Mighty are as experienced as they come and have performed at the highest level throughout their careers. Wade enters the week placed third in the Premier League on 20 points, one position and five points behind his opponent.

MVG has won three nights already, and he enters with stats of 15 matches won with 124 legs claimed and just 50 conceded. That puts him behind current leader Jonny Clayton, but the Dutchman remains favourite to top the table and go on to win the trophy.

He beat Gerwyn Price 6-3 in Aberdeen, while Wade edged Michael Smith 6-5 in a match that would have sapped his energy. After hammering Wade 6-3 in the semis, MVG is backed to claim another victory over the Englishman.

Gerwyn Price has one night win under his belt, but that looks to be a flash in the pan as he’s not done too much else of note during this season. He’s currently third from bottom of the table with only Michael Smith and the misfiring Gary Anderson beneath him. He has already lost more legs than he’s won and won’t be involved for too much longer.

Joe Cullen is performing above expectations in midtable, knowing victory here could help save his season. If he beats Price – as we expect him to do – and can maybe win the night, he will be right up there with the leaders where it matters.

This is a match that the Flying Scotsman must win. He went into the Premier League as one of the early favourites but has been thoroughly disappointing. Anderson is bottom of the pile with just seven points on the board, but we expect that to change here.

Michael Smith is one place above his opponent but remains the only player on the circuit yet to win a night. He has -15 in the leg difference score – the same as his opponent – but if Anderson is near his best, he’ll clear up here.

The main attraction in Dublin and a key match in the race to make the playoffs. Clayton was the star of the show in Aberdeen and arrives on a high. He ruined Gary Anderson’s Scottish homecoming with a 6-2 score before beating MVG to win the night. He’s playing his best darts.

Peter Wright beat Joe Cullen 6-5 last week but went down by the same score to Clayton. Both time matches, but there is more to come from Snakebite, and with a bit of luck in Dublin, he’s capable of getting his revenge. Back Wright to make it all right with an eye-catching win that will put his season right back on track.

The 2022 Formula 1 season is only six races deep, but the race for this season’s championship alerady appears to be down to just two drivers. Last season, Red Bull driver Max Verstappen claimed his first Formula 1 World Drivers’ Championship in highly controversial circumstances, with Lewis Hamilton denied what would have been a record-breaking END_OF_DOCUMENT_TOKEN_TO_BE_REPLACED