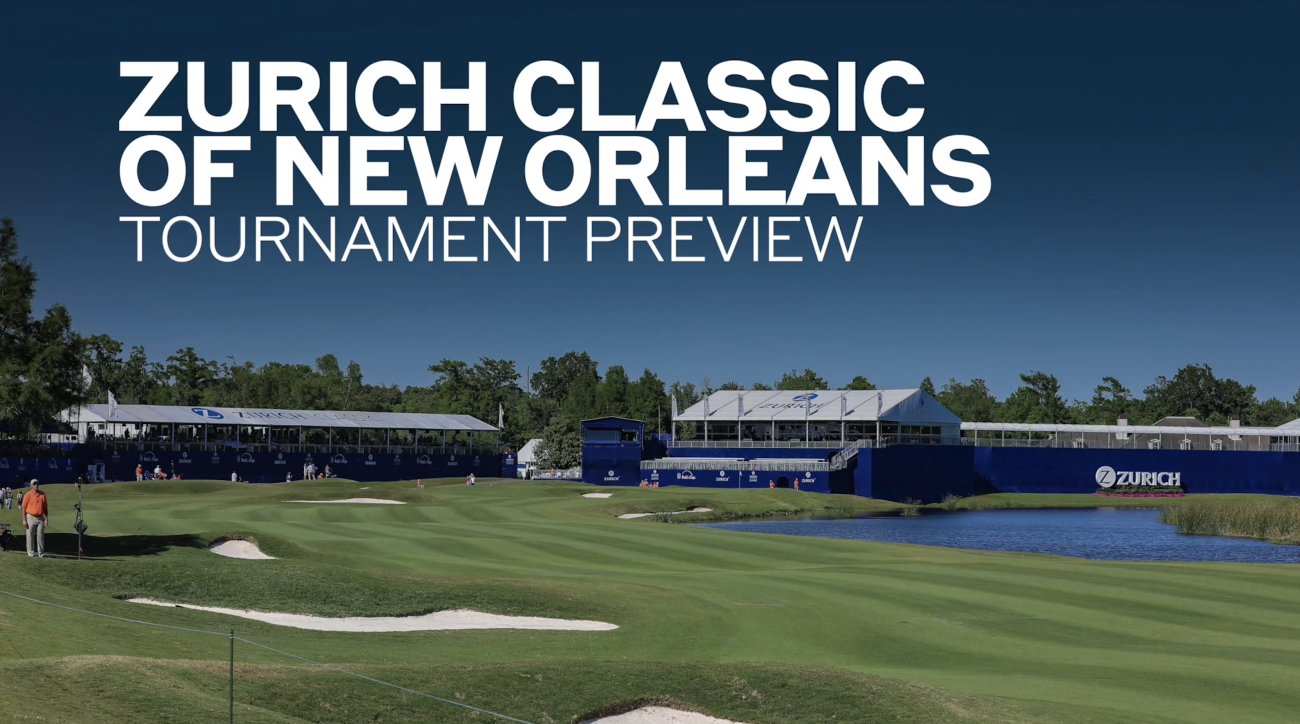 It’s a couple’s weekend down in the Bayou for the PGA Tour. A whopping eighty teams of two are in contention for the Zurich Classic of New Orleans, played annually in Avondale, Louisiana.

There are some significant pairings this weekend, including Jason Day & Adam Scott, Tommy Fleetwood & Sergio Garcia, and Patrick Cantlay & Patrick Reed. But you’ll even see some familial ties, like Brooks Koepka teaming up with his younger brother Chase.

Here is a little bit of information about the course, this tournament, and some duos to focus on.

For most of this tournament’s history, golfers played at a series of courses in and around New Orleans. It wasn’t until 2005 when TPC Louisiana in Avondale became the official home. Damage to the course from Hurricane Katrina forced the PGA to play the Zurich Classic elsewhere in 2006 before returning the following year.

TPC Louisiana is a 7,425 yard Par 72. It opened in 2004 and was designed by famed golf course architect Pete Dye in consultation with tour professionals Steve Elkington and Kelly Gibson. Since becoming the home of the Zurich Classic in 2005, the course is part of the PGA Tour’s Tournament Players Club (TPC) network.

When you think of Louisiana, you think of wetlands, so it’s fitting TPC Louisiana stretches over 250 acres of wetlands along the Mississippi River delta. The course also incorporates cypress and oak trees and features over 100 bunkers as well as five ponds that can definitely come into play. The signature hole of this course is at the end, the Par 5 18th that has water all along the right side.

With wetlands and trees surrounding the golfers and bunkers littered all over, finding the fairways will be vital to success here. Putting will also determine a lot, as the greens are average in length, but much like Augusta a couple of weeks ago, are undulating.

2017 was the first year where the Zurich Classic shifted to a team event. In this new format, players who have committed to the event are allowed to pick their own partner, assuming that partner is either a PGA Tour member or has earned entry through a sponsor exemption. Golfers will go ‘fourball” (better ball) for the first and third rounds and alternate shot for the second and fourth rounds. The cut line is 35 teams, and the winners will earn 400 FedEx Cup points and two-year exemptions.

Last year, it was the duo of Billy Horschel and Scott Piercy who took home the victory with a combined score of -22. For Horschel, it was his second victory in Avondale, following his 2013 victory when the tournament was still a singles event. In 2017, Jonas Blixt and Cameron Smith won with a score of -27.

Here are some of the pairings this week that should be in serious contention.

The favorites, and with good reason. Both of these guys are top-30 in the world and have experience playing together since 2013 when they dominated in the World Cup of Golf. Both of them are dynamic putters, and each play consistent, mistake-free golf, making them a logical choice to contend

Finau had success here last year when paired with Daniel Summerhays, finishing T6. He is now paired with an elite ball-striker in Stanley. If Stanley can build off of his T21 finish at the Masters and consistently find fairways, this duo could be a sneaky pick to win it all.

Here’s a duo that has previous success in this tournament. Kisner and Brown were runner-ups in 2017 and led after 54 holes in 2018 only to have a poor Sunday and fall out of the top-10. Kisner has a match play victory under his belt from earlier this year, and Brown has three top-10 finishes in 2019. These guys will be in the mix.

We haven’t even mentioned Reed & Cantlay, Sergio & Fleetwood, or the defending champs Horschel & Piercy. But I will go chalk, and take the favorites to win. Give me the Aussies, Day and Scott, to win the Zurich Classic.

The first round at TPC Louisiana starts Thursday morning at 7:00 A.M. local time.