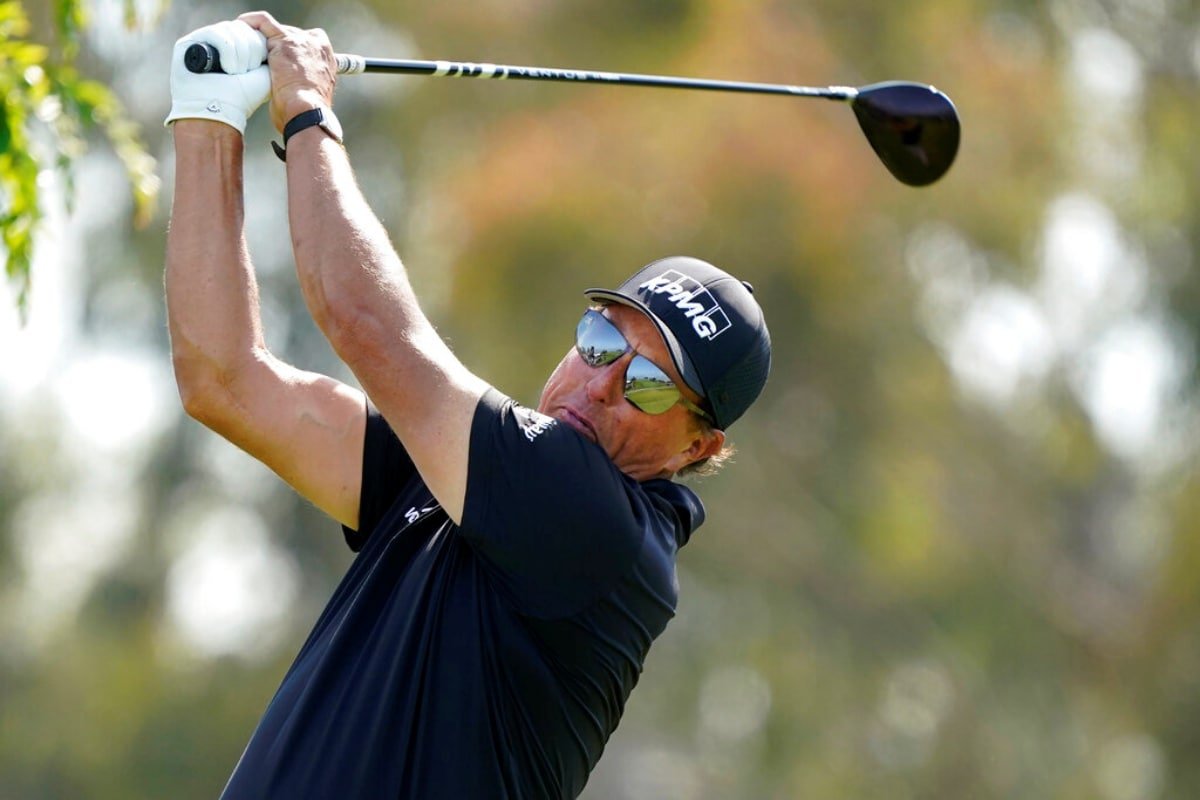 Bookmakers were a little bit more at ease regarding Phil Mickelson on Friday than they were on Thursday, but their concern about significant exposure remained as Lefty began his second round.

More bets came in on Mickelson than on any other golfer, multiple U.S. online sportsbooks reported, prior to the U.S. Open at Torrey Pines near San Diego.

At Caesars Sportsbook by William Hill, Mickelson money was double that of anyone else and, in a release from Nick Bogdanovich, director of trading for William Hill U.S., the bookmaker was said to be expecting a "seven-figure" liability.

Mickelson was listed as a 50-1 long shot.

"I think the only bigger liability in a recent golf major was when Tiger (Woods) was coming back from all those injuries and won the (2019) Masters," Bogdanovich said in the release earlier this week.

Bookmakers generally aren’t given to allowing emotion or sentiment play a role in their numbers.

A New York Post story quoted one non-believer in the sportsbook community.

SuperBook Sports golf oddsmaker Jeff Sherman probably appreciates the nice story about the late-career renaissance from one of the sports more popular players of all time.

But he’s not expecting another elite result in this event.

“Phil’s not winning two majors in a row,” Sherman said. “I’m certainly not betting on Mickelson. It’s so hard for these guys to win back-to-back majors, even if a player’s in really good form.”

A couple of key factors played a part in the books’ current situation.

Mickelson was struggling both physically and mentally on the golf course, barely an afterthought early last month with U.S. Open odds firmly north of 100-1. But his shocking victory at the PGA Championship sent speculators lighting up the futures market — and bookmakers scrambling to knock down the odds.

A similar situation arose prior to the PGA title, when Mickelson became the oldest man ever to win a major.

“The result dinged us pretty good. The PGA Championship proved to be our most bet golf event ever,” Patrick Eichner of PointsBet said in a statement at the time.

“Phil entered as a top five liability before moving to a top three liability by the conclusion of day one — needless to say, some bettors did very well for showing faith in Phil.”

FanDuel and the SuperBook in Las Vegas also reported major exposure on Mickelson, and, according to an ESPN story, a bettor with William Hill in Nevada wagered $2,100 on a Mickelson U.S. Open win at 85-1.

Mickelson, who carried three career victories at Torrey Pines into this tournament, has also finished second at the U.S. Open a record six times.

After his 4-over first round, though, Mickelson was back out to +32000 on FanDuel.

If spectators’ cell phones behave on Friday, things may go more smoothly for Mickelson, who was not amused by those interruptions on Thursday.

"I don't understand why you just can't turn that little button on the side into silent,” he said. “I probably didn't deal with it internally as well as I could have or as well as I need to. It's part of playing the game out here at this level. Certainly, I didn't do the best job of dealing with it."

Mickelson had focused a tremendous amount of effort a time on the mental aspect of his game as he rounded into form prior to his PGA Championship victory.

On Thursday, he let that get away a little.

"It did it the next three or four shots thereafter too, so it's not like that's the first time, it's just that you had to ask three times,” he said after the first round.

“Again, it's part of the game. It's part of professional golf. You have to be able to let that go and not let it get to you and be able to kind of compose yourself and regather your thoughts and so forth, but they certainly didn't do me any favors, either."

Mickelson, who turned 51 on Wednesday, was eight shots behind Russell Henley prior to his first tee shot on Friday.

As Mickelson began his attempt to make the cut on Friday – with a perfect drive deep down the fairway — bookmakers were likely watching anxiously.