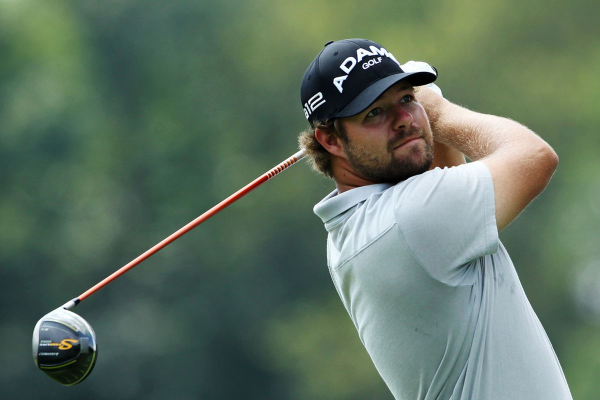 This week, we are zoning in on the TravelersChampionship from TPCRiverHighlands in Cromwell, Connecticut. This tournament has been around for 66 years and is one of the most watched tournaments on the PGATour. The only tournament that gains more popularity for viewership and attendance is the Waste Management Phoenix Open. The Travelers bring out some absolutely crazy numbers for fans attendance and should once again have a large following throughout the week.

The course measures 6,844 yards and plays at just a Par 70. Therefore, you can only imagine that golfers that are long off the tee have a distinct advantage here. That isn’t to say that someone with accuracy can’t win this tournament but in the past, distance has overtaken accuracy.

The fairways are going to be much different than what they dealt with last week. Even the lowest rated golfers in this tournament really shouldn’t have any issues with reaching the fairways and staying on course. That being said, if they do veer off the fairway, they better be saying their prayers because it won’t be easy to overcome mistakes in this rough.

There are on two Par 5’s on this course that measure 1,097 yards and there are four Par 3’s that measure a total of 754 yards in distance. Needless to say, golfers will need some distance here at TPC River Highlands.

Without any further delay, let’s jump in and take a look at our three golfers for this week!

The top bet for the Travelers is RyanMoore at 28/1. Moore hasn’t played here at TPC River Highlands in three years but prior to the little layoff, he was stellar at this course. His course history is undebatable splendid and some of the best you will find in this weeks TravelersChampionship. In his last 6 attempts at playing here, he has a 5th, 7th, 47th, 2nd, 13th and a 4th place finish. He is 8th on tour this year in Strokes Gained: Tee To Green and 5th in Scrambling, both of which are very important factors this week. Do not overlook him! In his last tournament he finished in 13th place at the Memorial Tournament and I really like his chances to leave Connecticut with the win.

Our longshot play of week is our longest play of the year! We like DougGhim here as a longshot. Now, you may be asking yourself, who is Doug Ghim? Ghim is the #1 ranked amateur in the world and is a really good golfer. Ghim just finished up his senior year at University of Texas and is embarking on his pro career in the PGA. He was the low amateur at The Masters this year and I look for him to be very competitive in this tournament. He did play last week at the US Open but we really can’t hold that against him as the course was a complete mess and even the 10 year veterans struggled. I think we will see what this kid is made of this week and he will contend at crazy odds!

My top fade this week is BrooksKoepka at 16/1. Everyone is going to jump on Koepka’s bandwagon but that would be truly unwise to do. There was a ton of emotions going on last week for Koepka and I truly believe that the stress of winning back to back US Open’s on top of having his family around him on Father’s Day, really played a mental nightmare of sorts for Koepka. He went from New York to Connecticut and will now try to win back to back tournaments for the first time in his career. Koepka has only played here at TPC River Highlands one time and finished in 51st place in 2014. Without some course history and numbers to back it up, I just don’t see him doing it this week.